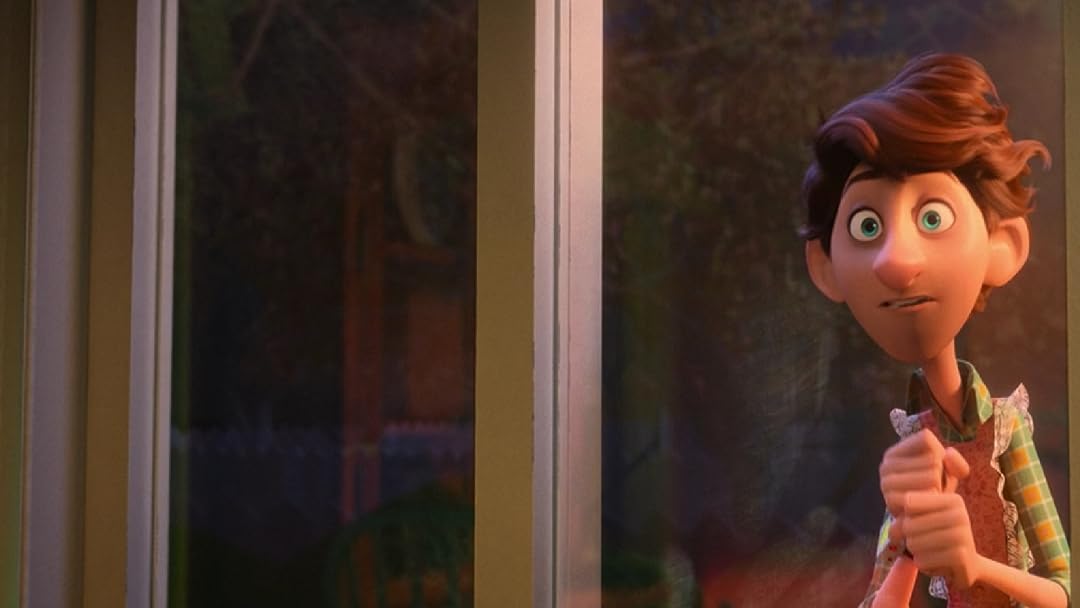 (43,390)
6.81 h 41 min2019X-RayHDRUHDPG
Super spy Lance Sterling (Will Smith) and scientist Walter Beckett (Tom Holland) team up to save the world when Lance is inadvertently transformed into a brave, fierce, majestic...pigeon!

Stephanie RichterReviewed in the United States on September 30, 2022
5.0 out of 5 stars
Bought as a gift.
Verified purchase
Bought this as a gift for my son and his wife. They loved the movie.

Ayhaunna KennedyReviewed in the United States on September 5, 2022
5.0 out of 5 stars
The kids loved this movie! ...
Verified purchase
I actually did too truth be told! Will Smith is so talented! And his character, I just love the movie! We watched it for family night. Great movie!

AcaciaReviewed in the United States on August 10, 2022
5.0 out of 5 stars
My sons favorite
Verified purchase
This is one of my sons favorite movies.

joel wingReviewed in the United States on February 17, 2021
4.0 out of 5 stars
Has fun making fun of spy genre
Verified purchase
Agents Sterling (Will Smith) was the top secret agent in the world when his arch enemy Killian (Ben Mendelsohn) frames him for a crime. The only person Sterling can turn to is Walter (Tom Holland) who is an oddball inventor who got fired from Sterling’s agency. As a sign of how off Walter is he turns Sterling into a pigeon. Together they have to stop Killian.

The jokes obviously come from the interaction between Sterling and Killian. Sterling is a man of action while Killian is a nerd who likes to talk too much. Being a bird also offers more jokes like when other birds like Sterling and when he has to eat. The story also plays with the spy genre. Killian for instance makes gadgets but believes in non-violent methods so he creates a device that shoots glitter into the air to disorientate people. Another time he throws breadcrumbs at Killian so he gets swarmed by birds. There’s also your usual chases and action sequences as well. It all makes for a fun comedy.

Thomas SweeneyReviewed in the United States on July 19, 2022
5.0 out of 5 stars
Funny! Love Will Smith!
Verified purchase
Very funny! Will Smith is so funny! The underdog saves the day!

Lisa WigginsReviewed in the United States on July 23, 2022
5.0 out of 5 stars
funny
Verified purchase
the kids loved it

360BRiP!Reviewed in the United States on May 25, 2020
5.0 out of 5 stars
People are completely trippin'
Verified purchase
Yo, It's a movie. chill tf out... smh, people look for any chance they can possibly conceive to drag politics into this. To those people out there, I truly feel sorry for you. If you can find it within yourself to turn off whatever it is that blows everything out of proportion, and makes things out to be what they aren't. Then you will probably enjoy this movie.

As for the nudity, I'm guessing the peole are referring to when he's in the sub, let me say this first off. That is not "nudity" The character's gentalia or buttocks did not show. the lowest it reached to show was the bottom of his abs. I am not sure what world you are living in, but to the rest of us still here on Earth, that isn't considered nudity. And to be honest there are a lot more messed up things in this world, and if we are being honest. Your kids probably already know some swear words that you have no idea about. [Edit: My mistake people are complaining about the Japanese guy's butt that is shown. But can we all remember the movie "Shrek" There was a scene back then when hes butt was shows and that animation is more realist as well, and im pretty sure his but jiggled too. And yet no one complained. So what has changed? Everyone is so emotional and they have all turned into complainers that enjoy 90-99% of something and then give it a 1 Star rating just because something wasn't "PC" enough for them. Wow, just wow.]

GrantReviewed in the United States on August 4, 2022
3.0 out of 5 stars
Kid movie
Verified purchase
Grandkids.
One person found this helpful
See all reviews
Back to top
Get to Know Us
Make Money with Us
Amazon Payment Products
Let Us Help You
EnglishChoose a language for shopping. United StatesChoose a country/region for shopping.
© 1996-2022, Amazon.com, Inc. or its affiliates