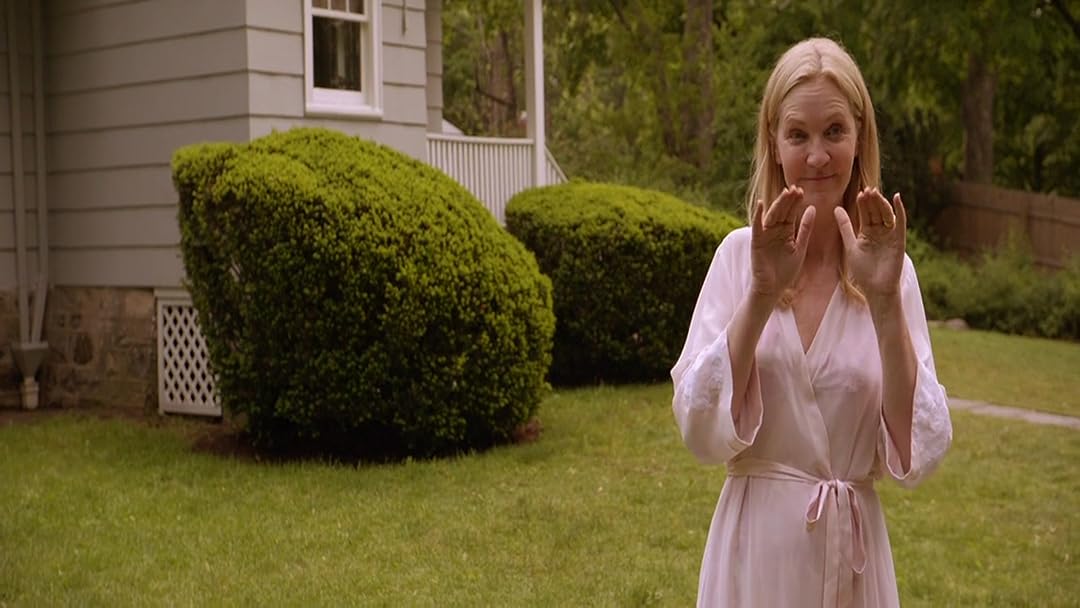 (1,510)
5.31 h 41 min2014X-RayR
From the legendary Stephen King - with a serial killer on the loose and a stranger stalking her family, a dedicated wife unveils a sinister secret about her husband that threatens their marriage - and lives.

Producers
Will Battersby, Per Melita

Not a Tootsie Roll FanReviewed in the United States on January 27, 2020
1.0 out of 5 stars
Tootsie Roll Enthusiasts
Verified purchase
I have never written a review about a movie, but I had to make a PSA. This was one of the worst movies I have ever watched. The only thing I got out of watching it is that tootsie rolls are trying to make a comeback and maybe payed for some advertising in it. They had the most suspenseful star role. You never knew when or where a box of them was going to pop out of. I see people giving this a rating of 4-5 stars but don’t be fooled they must own stock in Tootsie Roll Industries. I’m serious, don’t waste your time. Sorry Stephen King.
149 people found this helpful

Just MeReviewed in the United States on February 3, 2020
2.0 out of 5 stars
Wow-that was bad...
Verified purchase
I don't really like leaving bad reviews ... but, wow ... that was just a poorly acted, poorly thought out film. Cinema Sins plot holes aside (of which there are plenty) ... It's just, bad. A huge waste of time. And it was free! Haha! Seriously, move on ... surely you have better things to do with a couple hours.
45 people found this helpful

dianeReviewed in the United States on February 4, 2020
1.0 out of 5 stars
Boring.
Verified purchase
The movie was not good. The acting wasn't great and the story was boring and predictable, I literally fell asleep watching it.
39 people found this helpful

Ice NineReviewed in the United States on February 2, 2020
5.0 out of 5 stars
Joan Allen deserves the oscar
Verified purchase
The story isn't about the holocaust or something "serious" so it wouldn't happen, but the performance Joan Allen gives is absolutely fantastic. Some characters are so flat, typecast or mundane that the skill of the actress doesn't really matter, but here you have a complicated and foreign inner turmoil, and every second she is on screen she is believably conveying exactly what is going through her mind, all without a single moment of overacting, swelling music or fancy camerawork to enhance it. She carries the entire movie, so even though this isn't my particular genre, I give the movie a 5, just to credit her (everybody else and the story are fine - they're just irrelevant in the grand scheme of things).
14 people found this helpful

Rodney LuckReviewed in the United States on April 3, 2017
5.0 out of 5 stars
An exquisitely made, psychological thriller!
Verified purchase
I have loved the novels of Stephen King since I was in high school in the early 1970s. I was reading CARRIE before the name Stephen King was a household word. I continued to be impressed with each new King novel... SALEMS' LOT, THE SHINING, THE STAND, and on and on. I remember when I read MISERY and DOLORES CLAIBORNE, I saw a turning point in his writing. No longer were we reading about the supernatural, vampires, ghosts, monsters, but King started showing us the "monster" that can live inside of us. He brought his otherworldly horror and domesticated it, showing us the evil that can lurk beneath a person's exterior facade. In the movie A GOOD MARRIAGE (with a screenplay by King himself based on his short story), he brings that domesticated horror to a brilliant level. I won't discuss what happens in the story, but I will comment on what a wonderful job that Stephen King, his director, cameraman, and the actors, all do in making this story come to terrifying life. A GOOD MARRIAGE is evenly paced, subtle, detailed, and intense. The character's motivations are surprising to see and morally thought-provoking. How great it is to see a suspense/horror movie take it's time to ensure character development and proper atmosphere. I was nervous the whole time watching this couple in their marriage and seeing it erode. The plot twists were surprising all the way to the film's final moments. Basically, this story has been told in one way or another for years in literature and film (two people, usually in a relationship, with one of them hiding a dark secret about themselves). But
Stephen King puts his stamp on this familiar tale and keeps you guessing where it's all headed. I found the whole production very professionally made and loved every minute that I was on the edge of my seat. The two actors gave fine performances that simultaneously frightened me and
moved me. And the ending brings a redemption that I found unnerving, yet satisfying.

AliceReviewed in the United States on March 9, 2020
2.0 out of 5 stars
Stephen King's Another Bad Movie
Verified purchase
I don't think I've ever seen a Stephen King movie that was any good since Carrie. While I was a fan of his books when I was younger, the movies are almost always terrible. This one, however, might just be the worst. It's boring, bland and frustratingly simple. The wife is not only so self-involved that she doesn't give one minute of thought to the families of her husband's victims only to that of her own family pride and "saving face" but she is just an idiot. I would assume that there would have been a medical examination of the husband's body as it was not a natural death, but if there was the medical examiner of her husband's body was also an idiot for not seeing the strangulation marks from his tie. Strangulation is not consistent with a fall down the stairs. A writer that thinks its audience is so dumb that they will not see this garbage truck sized gaping hole is just lazy. The story idea of being married to a serial killer and not knowing it could go in so many directions, this one is just bland, nowhere near thrilling and flat out blahsville.
7 people found this helpful

brightnightReviewed in the United States on February 11, 2020
3.0 out of 5 stars
Stephen King does Lifetime Network
Verified purchase
Overall, a good movie. Not a great movie by any stretch of the imagination. The best way I can describe it is if Stephen King wrote a mystery script for Lifetime Network. It’s very white, very middle class, very suburbia and very nuclear family.

I didn’t notice any of the twists and turns that other reviewers mentioned. There are the typical dream sequences where you wonder if something is really happening but most of the plot twists are more like wide turns in the middle of the road. You can see them coming and they take a minute to play out.
This certainly isn’t a horror movie so if that’s what you’re hoping for when you see King’s name attached to this, think again. King has written some great non-horror so the catch isn’t that it’s King writing for a non-horror audience, it’s simply that stylistically it has a very made-for-TV, movie of the week feel to it.
But like I said, it’s a ‘good’ movie. King is a genius, this simply isn’t some of his best work.
Having said that, the acting is superb at times, it’s a shame the plot wasn’t a little more complex and intriguing.

5 people found this helpful
See all reviews
Back to top
Get to Know Us
Make Money with Us
Amazon Payment Products
Let Us Help You
EnglishChoose a language for shopping. United StatesChoose a country/region for shopping.
© 1996-2021, Amazon.com, Inc. or its affiliates