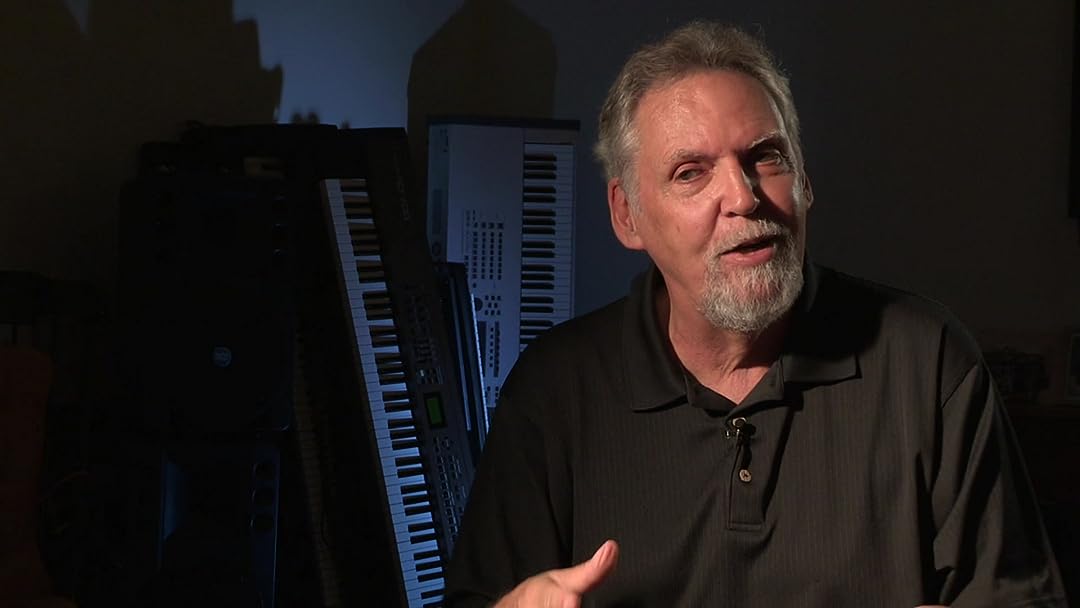 (157)
8.01 h 47 min201713+
This film traces and reveals The Full, Previously Un-Told Story Of Stevie Ray Vaughan's Glory Years, the period between the release of his debut album and his tragic death in a helicopter crash in 1989.

Eyerishchick76Reviewed in the United States on December 15, 2018
4.0 out of 5 stars
Rough cut, but still good
Verified purchase
It's not the best looking documentary I've ever seen, but it’s moving and honest in its tone. What I really like about it is that they talk to Stevie's fiance at the time of his death, Janna Lapidus. She was a very important person in Stevie's life and I feel that she was sort of unceremoniously forgotten and pushed aside by Jimmie Vaughan and the Vaughan family after Stevie passed away, something that I think would have upset Stevie greatly. Though the age difference was big, from all accounts they were deeply in love and committed to each other. I feel it would have been a disservice to Stevie to not address that part of his life, and they did here. So, bravo for that.
19 people found this helpful

dc777Reviewed in the United States on April 11, 2017
5.0 out of 5 stars
... other night and I have to say this is pretty well done
Verified purchase
I watched this on Amazon Prime the other night and I have to say this is pretty well done. The story picks up with the lead-up to The Montreux Jazz Festival in 1983 when Stevie was booed off the stage, how Texas Flood was conceived, the disastrous 1985-1986 period which included honest critiques of 2 lack-luster releases: Soul to Soul and Live Alive, lengthy discussion of SRV's drug dependency and how it almost killed him...twice. Also a lengthy discussion about how SRV conquered his demons and returned to the album of his career, In Step. Jim Gaines, co-producer of In Step, relays a story about how the version of Riviera Paradise, which appears on In Step, was almost lost to the ether...which is just as gut wrenching (at least to me) as the loss of SRV on that fateful August evening. This is definitely worth 2 hours of your time.
25 people found this helpful

Amazon CustomerReviewed in the United States on January 5, 2021
4.0 out of 5 stars
Fans of Stevie will like but not sure will love it
Verified purchase
Really enjoyed this documentary and most people who enjoy Stevie's music will dig it. Surprisingly it doesn't really touch on the main reason he's so beloved by a lot of musicians...many would argue he's the best guitar player who ever lived. This documentary doesn't even really touch on how great a player he was. Maybe the people watching this would all understand this coming in, but to anyone who did not know too much about stevie a lot would be left out IMO.

I gave it a 4 because it was enjoyable, but not discussing his guitar chops and the scores of players that count him as heroes is leaving out a lot about his legacy. This documentary is from the perspective of people who liked his songs and not necessarily his playing. I would have focused on the playing and made the songs secondary. He's a legend because of the playing first.

Dave LReviewed in the United States on April 13, 2022
5.0 out of 5 stars
If you love SRV, or he's an enigma to you, this is a great dive into his careeer.
Verified purchase
Growing up, I knew of but not anything about SR. His songs that broke through the pop culture firmament (MTV and FM radio) then were like hokey radio-friendly pop-country crossover type songs beside other artists of the time - synth-pop, DEVO, all those hair bands. But I'd also see recordings of his blistering playing on live shows with hard blues, Hendrix, and jazz. By the time I started appreciate the real SRV, sadly, I learned he had already died. This documentary spans his career breakthrough to to untimely death and in that time uncovers his career, loves, addictions, and undoubted genius as a guitar virtuoso.

Philip TannenbaumReviewed in the United States on March 2, 2021
3.0 out of 5 stars
Good not great, lacks energy. Not a good overall summary of SRV
Verified purchase
Primarily focused on SRV's decline, recovery and tragic death. There's almost nothing here about the many many years he toiled before finally getting a record deal at age 29. His first two albums are what his legend is built on, but the aren't explored much. The documentary seems to promote that there must be happy ending here, and so we're told a that his best work came at the end, which really, no guitarist would agree with. He was a giant among giants, one of the most gifted guitarists of all time, but I can't say that someone watching this documentary would come away inspired to explore his music. Still, there are a few touching moments and insights here. If you want to know SRV's pinnacle, just listen to Texas Flood and Couldn't Stand the Weather. They are unreachable.

AmygdalaReviewed in the United States on December 1, 2021
1.0 out of 5 stars
LoneNothing
Verified purchase
This is the kind of film that people make because of who the hell knows. It's put together badly, the interviews are a waste of time, and the editing is full of cuts and bruises.

There is very little, if at all, information about Vaughan from anybody on this film because it's obvious nobody knew the man.

Justin MichaelReviewed in the United States on December 1, 2018
5.0 out of 5 stars
Well Done
Verified purchase
Another reviewer claims that the date of SRV's death was wrong. #fakenews. His performance the night of his death was in fact August 26th, however, his fateful flight took off after midnight, making it August 27th. The documentary never claimed that he actually died in the 26th. Great film.
7 people found this helpful

A. BrownReviewed in the United States on April 5, 2021
5.0 out of 5 stars
SRV GONE TOO SOON
Verified purchase
SRV definitely had GOD given talent. There will likely NEVER be another like Stevie. The voice was a perfect match for the Texas Blues. The speed was so amazing. The behind his back/neck was out of this world. August 27th 1990 was such a tragic loss for Blues music. R.I.P SRV. Gone too soon.
One person found this helpful
See all reviews
Back to top
Get to Know Us
Make Money with Us
Amazon Payment Products
Let Us Help You
EnglishChoose a language for shopping. United StatesChoose a country/region for shopping.
© 1996-2022, Amazon.com, Inc. or its affiliates