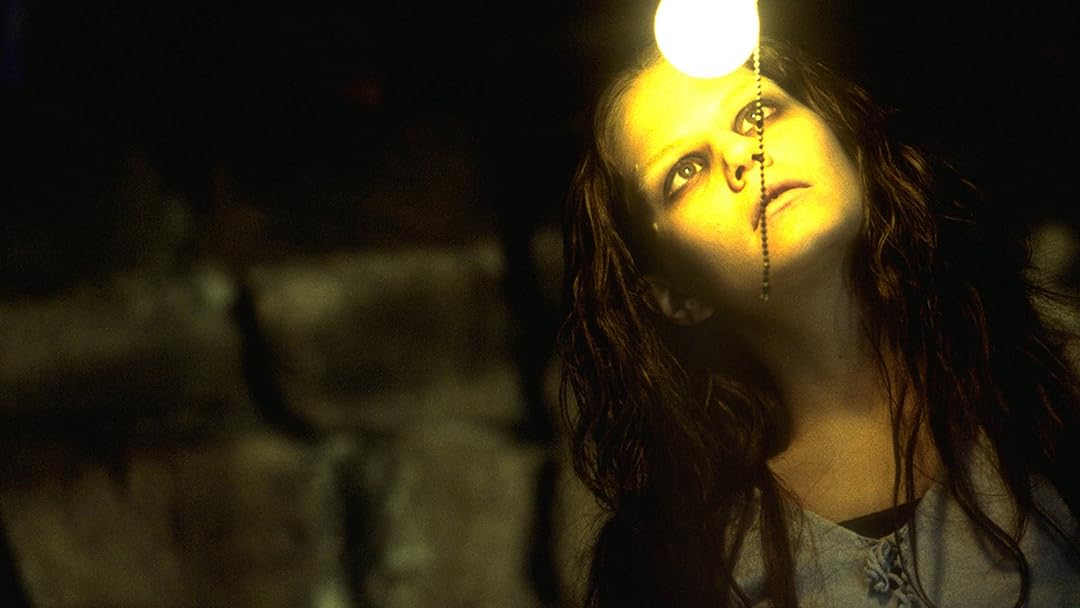 Included with MovieSphere on Amazon for $4.99/month after trial

Watch with MovieSphere
Start your 7-day free trial
Add to
Watchlist
By ordering or viewing, you agree to our Terms. Sold by Amazon.com Services LLC.
Write review

Hee Chul KwonReviewed in the United States on July 23, 2016
5.0 out of 5 stars
GREAT GHOST STORY
Verified purchase
Do you like ghost stories?
Did you saw Sixth Sense and liked it?
This is your man.
This movie was released with Sixth Sense and was a poor man at that time. But it was a well made movie.
There is this simillar movie in Korea but it is ok watching this film since it is not all redundant.
It has scary moments and some but also great ending, peaceful one that make us also feel like oh, now I can go back to sleep kind of feeling.

The story is not that original but it is more of a Art work and Atmosphere that are great.
The house is a great charactor itself too.
Also Kevin Bacon and his wife charactor played by Kathryn Erbe were so great that I wanted to just watch this film again and again because of them
Also the kid was so adorable to just look at. He was not just a kid. He was a great actor himself.

The story is simple.
Before this family moved in, there is this incident happend in this house during repairation.
Two of the nabour boys happens to stop this girl who just got out of her house and rapes her and kills her, burries her inside the wall.
Now not knowing all that, Kevin's family moved in.
Kevin and his son see ghost from time to time. She wants something from them which is revenge and her proper burrier.

Now rest of the story is pretty predictable.
But you have no idea how it flow.
You will enjoy how it is for every penny of it.
Scary sad but not that gloomy, and joyous at the end when the girl is released in a happy face.
Great movie that shouldn't be burried.
Also the bluray transfer was so great comparing the fact that it was made in 1999.
It was picture sound perfect.

tommybrotherReviewed in the United States on July 24, 2016
5.0 out of 5 stars
If this movie came out before the sixth sense this would have been the movie of the year.
Verified purchase
This is quite possibly Kevin Bacon's finest role. The story is strong due to the source material (even though it's a reimagining of a Richard Mathison story rather than a faithful retelling.). The acting was top notch dispite a relatively unknown or little known cast. Some of the visuals will haunt you for years to come. A great way to spend an evening of you enjoy a few thrills and spooks. This movie even holds up to repeated viewings as the background and nuanced situations are better understood over time. I'm a big fan.
18 people found this helpful

J. WestReviewed in the United States on November 21, 2020
5.0 out of 5 stars
"Kevin Bacon Best Work!"
Verified purchase
I thought it was time to upgrade this to Blu-Ray with great picture and sound. Kevin Bacon is my favorite actor ever since Footloose. But in this was totally different than any role he has ever done. Maggie's sister Lisa put Tom in a hypnotic trance and gets visions from a dead young teenage girl. But the rest of it. You'll find out what happens. This is a great ghost story. I thought it was hilarious when he did the same routine on his couch where he saw her. Also when he made his wife a glass of orange juice and looks at his wife and her glass back and forth and asking her "Are you gonna drink that?" Great performances and roles by Kevin Bacon (Footloose, Hollow Man, Tremors, X-Men First Class, The River Wild & Friday The 13th), Kathryn Erbe, Illeana Douglas & Kevin Dunne. I recommend it if you'll love great ghost stories.
3 people found this helpful

Mark C. JonesReviewed in the United States on March 27, 2016
4.0 out of 5 stars
Great acting, great dialogue, not very scary
Verified purchase
This movie is not scary, but it features two outstanding lead performances by Kathryn Erbe and Kevin Bacon. This performances are enabled by David Koepp's excellent dialogue. The first ten minutes of the movie focus on Bacon and Erbe sharing joy and concern over her unexpected pregnancy. Their comments and reactions seem very real, and they make very clear the stresses on working-class couples. You wouldn't expect this kind of writing in a horror picture. It's a welcome change.

The movie sags after its strong start and features a slew of horror movie clichés--séances, visions, and sudden loud noises. Critics say that similarities between The Sixth Sense and this movie are coincidental, but like me you'll probably wonder how much Koepp and Shamalyan might have stolen from each other. You will notice that Shamalayan had the stronger child actor, which may have resulted in The Sixth Sense's better box office success.

The movie picks up during its last half hour and features some very impressive plot twists that are completely unpredictable.

Expect a working-class drama that happens to have a ghost in it and you'll enjoy Stir of Echoes.
7 people found this helpful

joel wingReviewed in the United States on September 30, 2021
4.0 out of 5 stars
Haunting story revealing dark secrets about Kevin Bacon's neighborhood
Verified purchase
Stir Of Echoes is a very entertaining ghost story. Kevin Bacon is hypnotized and begins seeing haunting visions while his young son Zachary David Cope is in contact with a dead girl. Together they unveil a number of deep secrets about the neighborhood they live in. There are some great images in the film like Bacon pulling out one of his front teeth or his friend’s son shooting himself and then wiping his own blood all over his face. Most of the movie is not of the blood and guts variety but those two are memorable. It’s a well done thriller and you want to see where things will go.

Rocketboy13Reviewed in the United States on September 19, 2021
4.0 out of 5 stars
A personal Favorite
Verified purchase
I find this movie easy to recommend. It moves at a good pace with regular escalation of stakes, changes up the visuals of the supernatural elements so they never get dull, and borrows enough elements from the genre since the original book was released to keep the underlying story (written in the 50's) fresh and with the times (or the 90's, not a lot of cell phones in this).

This is a solid watch that is an easy inclusion in a Halloween movie marathon with friends or just killing 90 minutes some evening.

Kevin HughesReviewed in the United States on April 19, 2021
4.0 out of 5 stars
Worth A Watch Rent Don't Buy
Verified purchase
Definitely worth a watch, one watch, not worth buying. The only real downside is that, like with many movies, people act crazy and irrational when they realize something is up instead of trying to solve the problem.

The acting is very good, and the story is really interesting. I think you'll enjoy it.
2 people found this helpful

Anthony MitchellReviewed in the United States on May 16, 2015
4.0 out of 5 stars
A Terrific Suspense Film
Verified purchase
This is an excellent film for fans of horror and suspense. Kevin Bacon is terrific in his role as Tom Witzky, a regular joe who wants to be better than his normal "boring life" with his wife Maggie and his son Jake. Well, he certainly gets a life-changing event when his sister-in-law Lisa hypnotizes him at a party, opening a door in Tom's mind he was unaware of which leads to a series of visions and strange happenings involving a young girl who went missing from their Chicago neighborhood a few months before.

The film is a mystery entangled with a horror story and provides plenty of suspense and creepiness along the way as Bacon, Kathryn Erbe and Zachary David Cope provide exquisite performances as a family in serious jeopardy of being torn apart in the face of evil. The special features include a nice featurette where the actors, director and writer of the film-inspiring novel give their takes on this project which never fails to send shivers up the spine.
5 people found this helpful
See all reviews
Back to top
Get to Know Us
Make Money with Us
Amazon Payment Products
Let Us Help You
EnglishChoose a language for shopping. United StatesChoose a country/region for shopping.
© 1996-2021, Amazon.com, Inc. or its affiliates