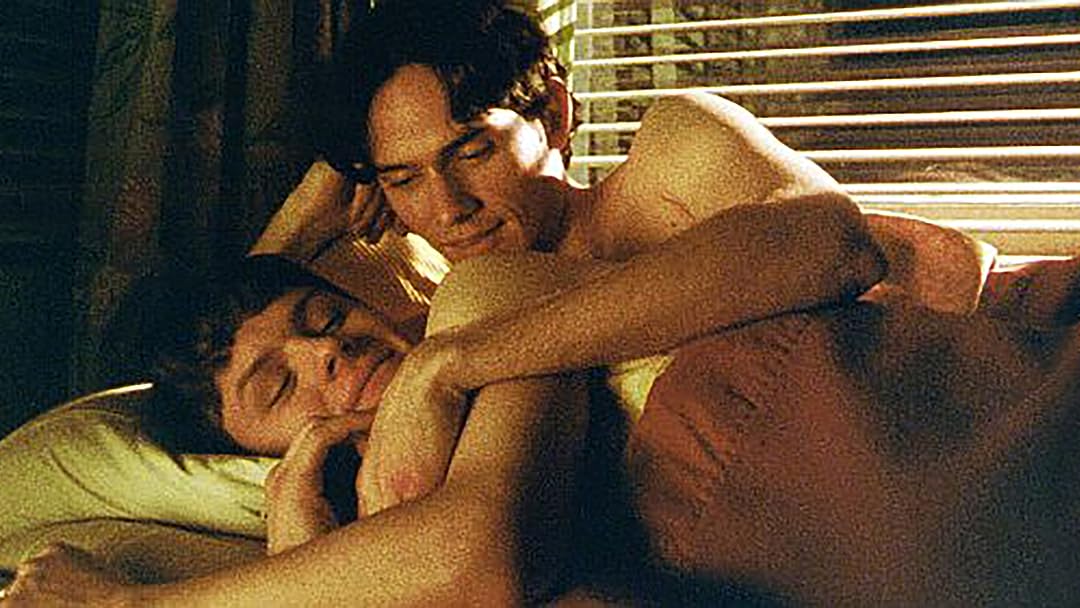 Story Of A Bad Boy

(40)
1 h 22 min199916+
17-year-old Pauly is a closeted high school kid who wants it all. His dad wants him to make the track team, his mom wants him to do well in the band, and Pauly just wants to get closer to the new student teacher doing the school play.

IlletsacReviewed in the United States on August 19, 2020
3.0 out of 5 stars
Somewhat entertaining but...
Verified purchase
The kid character (protagonist) is interesting and the actor is very likeable, which means you can be seduced into watching the film longer than you would if you knew that the story does not go anywhere. It had potential, the actors and actresses, were much better than average. The cast could have been used for a wonderful, gay or not, story. However, when the film goes nowhere, and one finds out it doesn't, it is too late. You watched far more than the film deserves... however, one is entertained.
7 people found this helpful

Chretienne de St. CrispinReviewed in the United States on September 9, 2020
2.0 out of 5 stars
Well-intentioned disappointment
Verified purchase
Obviously well-intentioned but trying to do, and be, too many things all at once: gentle gay coming-of-age story; fish-out-of-water in the shark pool of American high school; 'it's complicated' relationship comedy; and a few others. It winds up misfiring on all cylinders. Some of the acting is all right. A lot of it is only fair, or fairly poor. Partly as a result of this, partly because of the shifting, uncertain nature and tone of the script (there's some pretty clunky dialogue), most of the characters remain unrealized on screen. The author seems to be using the same characters to achieve different (incompatible) things from scene to scene as he finds them convenient. Having said one thing, or set of things, that establish the framework of an identity, they are later made to say things that the same character of ten minutes ago could never have said. After a while it becomes disappointingly clear that there is not much point in listening to anything they have to say.

Additionally, even in the 1990s (when this film was made), it can't really have been acceptable to let sexual relationships between a teacher (even if a student teacher) and (more than one) student pass without comment, can it?

Finally, I wasn't sure why it had been set in 1972, as the film had almost no flavor of that time about it, and nothing much to say about it. Possibly so that it could avoid the subject of HIV/AIDS which, at that period, was still in the future, allowing for a light touch and fairly innocent tone.

Garrett HutsonReviewed in the United States on December 11, 2020
4.0 out of 5 stars
Cute story, pretty funny, but a little silly
Verified purchase
Overall this was a cute story about a 17-yo boy who has more than a little trouble controlling his urges, which leads to lots of awkward situations, and a misguided affair with a broody 20-yo student-teacher (which forms the backbone of the story). There were a lot of laugh-out-loud moments. That, plus the fact that Pauly is just adorable, made the film worth watching. Julie Kavner was great as the mother, she and Jeremy Hollingsworth as Pauly brought some real emotional depth to the second half of the story. It was a little hard to swallow how much Pauly got away with sometimes, with minimal consequences, and I'm not sure how to feel about the ending. Overall a fun watch.
One person found this helpful

Kindle CustomerReviewed in the United States on September 1, 2020
5.0 out of 5 stars
I loved it!
Verified purchase
This was a very entertaining, feel-good movie; the acting was great, and the characters were cute. It was really good lighthearted entertainment, and is a good coming-of-age film, that takes a refreshingly different approach.
3 people found this helpful

Emile NelliganReviewed in the United States on July 24, 2021
5.0 out of 5 stars
A genuinely funny and dramatic film
Verified purchase
Truly, madly, deeply bizarre to its core, Story of a « Bad Boy » transcends its flaws to become a genuinely funny artifact of a certain kind of queer humor that I think has been wholly done away with 20 years later.

Set in the 1980s for no apparent reason, our hero is Pauly, a teenager consumed by his id and his fetishes. Childlike and curious, he wanders out of Catholic school and into public school, non sequiturs falling out of his grinning mouth as he snags a position as drum major as well as a role in a musical adaptation of The Scarlet Letter, penned by a sad-eyed college sophomore who he promptly falls for.

Softly shot and languidly paced, Bad Boy has a laidback air which accentuates its weirdness - I laughed out loud multiple times, having been teaching in a high school.

This really needs to be seen to be believed. Yet another jewel of LBGT cinema.

RalphReviewed in the United States on August 15, 2020
4.0 out of 5 stars
Writer didn't know what to do for an ending
Verified purchase
I often like these rambling stories. Alot like life. But the ending was like someone didn't know what to do with it. Sure, I'm not unhappy I spent the time watching it, though seeing a little more of a couple of the guys would have made it that much better... just saying...
I'm grateful Amazon Prime carries a lot of Gay movies
One person found this helpful

Daniel NguyenReviewed in the United States on September 1, 2020
5.0 out of 5 stars
the flavor
Verified purchase
what's not to love? okay the ending could have been something more magical, but scene after scene this movie really gets ya. it's so funny!!! and hot at times! the zooms made me crack up, and the cast's great. the flavor? incredible haha
2 people found this helpful

c. in sfReviewed in the United States on November 22, 2020
5.0 out of 5 stars
deliciously odd and real very coming-of-age indie film
Verified purchase
obviously there's a range of enjoyments in the reviews.
if you like strange, somewhat tormented characters (also wonderfully blissed out/unaffected by what one is "supposed" to be) in slow, revealing performances
with an off-kilter but (to me) endearing rhythm
you may enjoy this.

but if the idea of a 17 y.o. having same-sex encounters with older people doesn't appeal, or if you are closed minded to a spectrum of sensory feedback (not a spoiler to say i LOVED the tacile/fabric HSP characterization!) skip it.
See all reviews
Back to top
Get to Know Us
Make Money with Us
Amazon Payment Products
Let Us Help You
EnglishChoose a language for shopping. United StatesChoose a country/region for shopping.
© 1996-2021, Amazon.com, Inc. or its affiliates