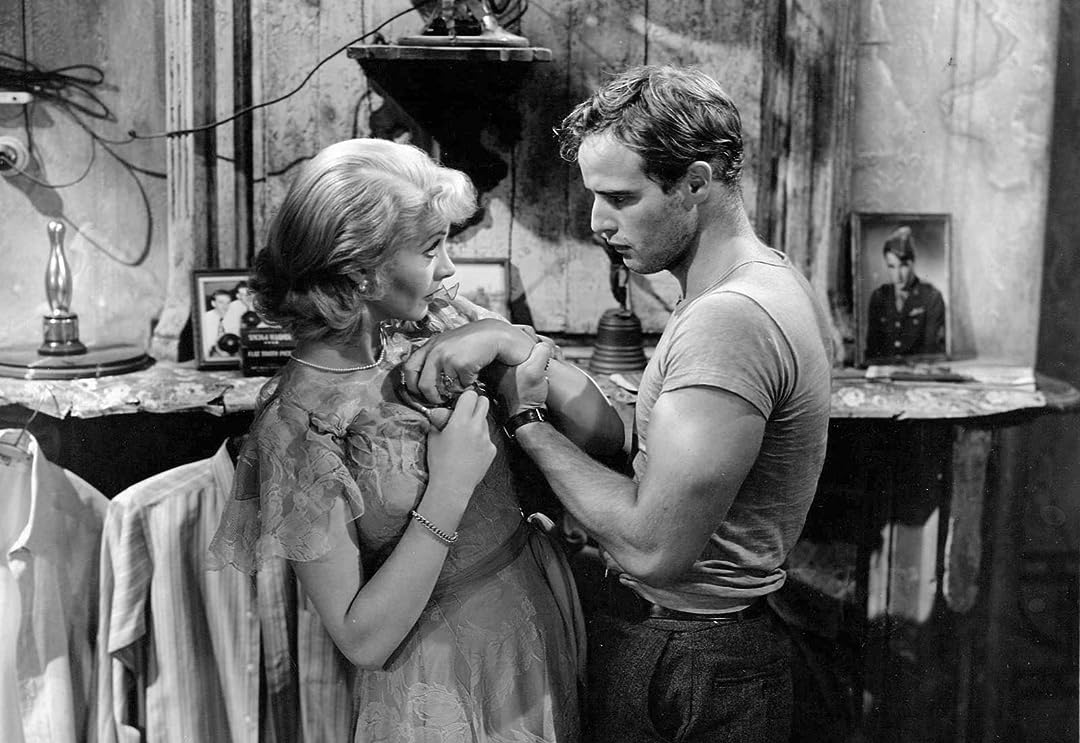 (2,197)
8.02 h 4 min1951X-RayPG
A neurotic belle Blanche du Bois struggles to hold on to her fading Southern gentility against the brutish badgering of her brother-in-law, Stanley Kowalski.

This is my favorite play, so I was thrilled to see it come to life so magnificently, and under such great direction.

Also... Not to wax on about Vivien Leigh, but I can't get over her performance as Blanche. Her final break breaks ME. I...I honestly think she's one of the most talented actresses Hollywood has EVER seen. It seems almost unfair that such immense talent could be packaged in such an exquisitely beautiful form, but she did it as Scarlett and did it again as Blanche. Amazing.

Also, anyone who says that Vivien Leigh won Oscars for playing basically the same character is ignorant AF. Aside from their accents and geographical origins, Scarlett and Blanche couldn't be further apart.

F. L. YoungReviewed in the United States on August 13, 2019
1.0 out of 5 stars
Buffer Buffer Bufer
Verified purchase
We have been trying to watch this classic off and on for 24 hours. Every minute or two it stops and tells me I have a problem with my internet connection. Toast.net tells me I have a 28.9MB/second connection. I have seen no less than 11MB/second while all of this has been going on. Additionally, all of my other streamed content is playing flawlessly.

Amazon Prime used to be my first choice for paid content. Not so much any more.
5 people found this helpful

Amazon CustomerReviewed in the United States on August 17, 2019
5.0 out of 5 stars
Awesome! Marlon Brando & Vivian Leigh At There Best!
Verified purchase
Wow, this was a gritty, sex charged, twisted, psychological story that will keep you entertained from start to finish. The actors did a superb job Marlon Brando & Vivian Leigh looked stunning, this is a great movie classic I highly recommend watching it!
5 people found this helpful

MaryReviewed in the United States on July 8, 2018
5.0 out of 5 stars
STELLAAAAAA!!!!!
Verified purchase
Vivien Leigh. Marlon Brando, Karl Malden & Kim Hunter. Tennessee Williams (writer) Elia Kazan (director). A woman's tragic decent into madness. Also the psychiatric communit's go to staple example of a woman afflicted with Borderline Personality Disorder. You can't go wrong with this film. It has a sad ending but it's well done
7 people found this helpful

Sybille C. DenningerReviewed in the United States on November 2, 2021
5.0 out of 5 stars
Love watching the movie - love reading the play!
Verified purchase
I've always wanted to read A Streetcar Named Desire because I just love the movie so much. The book is basically the play, or even the screenplay, rather than a novel. It was a different reading experience but I loved it just the same. It prompted me to watch the movie again with fresh eyes, I googled various questions I had, and I learned the words to the song "Paper Moon" just for fun. That's what I call a great read!
One person found this helpful

Jon KReviewed in the United States on October 17, 2013
5.0 out of 5 stars
Devastating head games, unspeakable secrets, breakthrough performances, and no easy answers
Verified purchase
You might not like this film for the typical reasons you see a film for. It's not like Star Wars or Rocky or The Godfather. There are no easy victories, or easy resolutions — or even hard ones that are clearly spelled out, even for the typical high school kid. You see it because you've heard that one of the great actors of all time, Marlon Brando, gives one of the best performances of his life as Stanley Kowalski: the hard-headed, dim-witted, abusive husband stuck in postwar New Orleans poverty. But Vivian Leigh's performance as Blanche DuBois, Kowalski's antebellum sister-in-law, blows you away every bit as much, perhaps even more. This is American cinema not just at its height, but at a remarkably early pivot point in its history. Way ahead of its time, it transforms the silver screen to grey: From the glamor-at-any-cost Hollywood of old to the gritty, seedy underside — of poverty and of humanity —and a new kind of realism seldom seen before on the screen. It's also an intense, can't-miss psychological drama with vast potential to entertain, provoke, and talk about long after the closing credits.
17 people found this helpful

LeesReviewed in the United States on May 29, 2021
1.0 out of 5 stars
Unreliable Prime Service
Verified purchase
This is a great movie, that luckily I was able to finish watching on AMC. When you rent these movies, you have a limited time to watch them. Due to commitments, I had to discontinue watching twice. I then tried multiple times to continue watching this movie (within the time frame) but couldn't access it on Prime. 2 days later when I tried to access it again, I was told I had to rent it again because my time had expired. I wasted my money to rent this.

watchdogReviewed in the United States on June 24, 2021
3.0 out of 5 stars
Big Notch Down For Audio
Verified purchase
I know this movie is a classic, however, the volume is so low that I can not hear the dialog if I have the air conditioner on(bought it right before summer). Sounds like a first world problem, I get it. I put the volume up to 100 percent and I strain to hear what is going on. Normally if I watch something at 25% volume, that is enough. Anyone else, or am I a squawking monkey? I will watch it eventually, I guess in the cooling months,
See all reviews
Back to top
Get to Know Us
Make Money with Us
Amazon Payment Products
Let Us Help You
EnglishChoose a language for shopping. United StatesChoose a country/region for shopping.
© 1996-2021, Amazon.com, Inc. or its affiliates