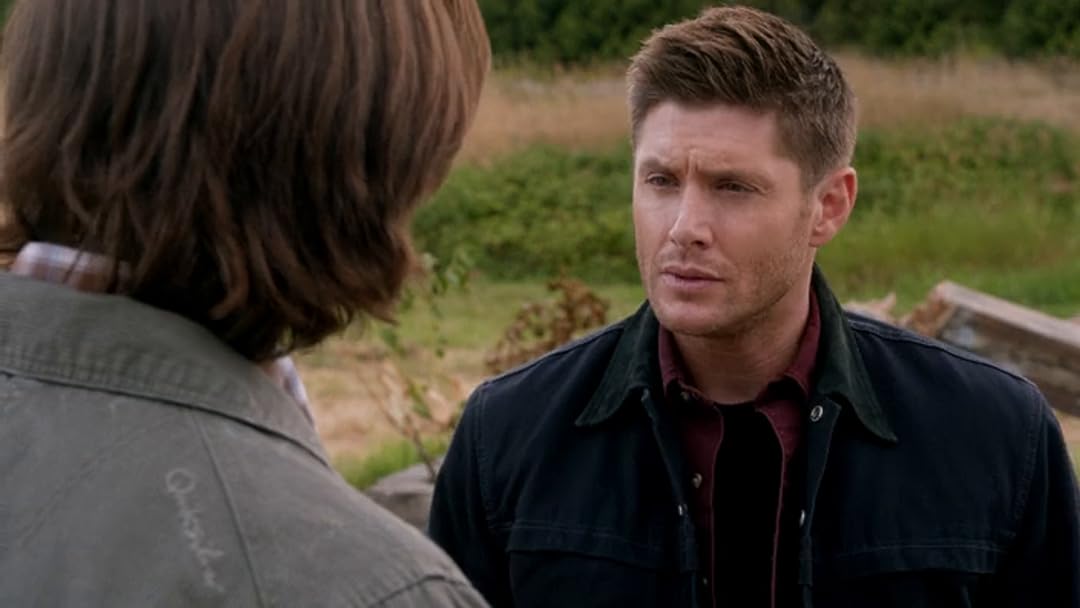 (1,848)
8.42016X-RayTV-14
The thrilling and terrifying journey of the Winchester brothers continues as SUPERNATURAL enters its 11th season.

Clairene M. GuerraReviewed in the United States on February 15, 2016
5.0 out of 5 stars
Amazon Was a Lifesaver for Missed Episodes!
Verified purchase
We had missed out on several episodes of this past season of Supernatural because our DVR didn't record them right. By the time we got around to going back and watching the show, we realized that they had expired from Hulu+ and even the CW streaming from the Supernatural page. Well we were pretty sad that we would have to wait a whole year to get caught up on the newest season of Supernatural. Then I remembered that Amazon sells the episodes individually. Thankfully we were only missing a couple episodes. I don't think that its really worth it if you have to buy every single episode as that would get incredibly expensive very fast. However, we were more than willing to spend $4 to see the first two episodes of the show so we could get sufficiently up to date and watch the rest of the season.

As always Supernatural is a quality show. The actors are amazing and I am really happy with where this season is going. It feels more like the first few seasons of the show, even though there is the overlaying season arc still. The episodes are well written, the acting is superb, and it is still one of my very favorite shows.

The quality of the amazon streaming was very good. It was clear, sound was perfect. There is absolutely nothing that I could complain about. In the instance that I need to purchase another episode or two of Supernatural, I will be sure to get it from amazon because they are always reliable and I know that I will be getting one of the best deals for the quality out there.

LauraReviewed in the United States on September 8, 2016
5.0 out of 5 stars
Have Been A Little Addicted To Super Natural
Verified purchase
My 13 year old son and I binged watched seasons 1-10 on Netflix over the past few months and then were horrified when we realized Netflix no longer had season 11, shame on you Netflex. Have no fear, Amazon was there to save the day. I did hate having to pay 35 bucks, but Sam, Dean Cass, and yes even Crowly, were worth it. Love....... the show, the writers are so super imaginative. Storylines never get stale, the sprinkled humor makes even the darkest characters just enough likeable to care about them. Guilty little pleasure, liking Crowly, now that's good writing! We are almost done with season 11, it's going to be hard waiting until October 31st for season 12. We will probably have a little Super Natural withdrawal, because we have been watching at least 2 episodes a night since February when we were home sick with the flu and began binge watching. And yes we do have a life, a busy one at that, but that's our night time TV every night before bed, we watch nothing else. All I can say is with all the time and emotions invested with the characters of Super Natural, the writers better do them justice in the shows finally. Yes the very imaginative creative storylines are wonderful, but the relationships and the chemistry between the characters are what really make the show, and we have grown to love and care about them. So with all that emotion invested in the characters, I like my endings tied up with a nice big bow thank you. And of course an ending that leaves Sam, Dean, Cass and Crowly open for future possible shows, and even better, dare I say, Movies! Hey Sex In The City did it and was successful. Just saying.
2 people found this helpful

Lance G.Reviewed in the United States on May 7, 2016
5.0 out of 5 stars
Just Amazing
Verified purchase
Not a fan of series television at all. Then THIS happened in my world. I cannot believe that I've not gotten bored, as is custom for me, watching anything on the television. I usually last about three (3) seasons then I have to tap out of it. This damn show had me hook line and sinker and I even re-watch episodes in the between times.

To put it as clearly as possible...Supernatural is the most entertaining, complex, and rewarding series I have ever seen. I am secretly hoping it continues until the "Winchester Brothers" are old and grey and their grandchildren are following in their footsteps.

The best thing I have ever seen!. Thank you for the great entertainment!!
30 people found this helpful

GitaReviewed in the United States on May 31, 2016
4.0 out of 5 stars
Still fun
Verified purchase
This show is still enjoyable. This season seemed to make up for some of the lag in the previous few seasons - the pointless/not moving the plot forward episodes, the repeat of the same old same old emotional baggage relationship between the brothers - and was overall fun to watch. Both characters seemed to mature (somewhat, Dean still tried to bring Sam back to life), and Dean became a little bit less cocky and easier to relate to. Some excellent characters were added (Rowena) or returned (Lucifer), and overall each episode was either enjoyable in itself, or kept either the plot or the maturing emotional relationship between the brothers moving forward. I'm glad that the brothers finally started to try to break out of the cycle of sacrificing the world to save each other, as that was getting very tiresome.

The acting from all the main and main supporting characters is excellent, which makes the show enjoyable to watch. The directors took a few new turns with some interesting twists or perspectives in a few episodes, which kept the show fresh. I'm not sure how many more seasons this show can continue and remain interesting, but it is still a fun show and an easy way to relax and enjoy someone else's problems.
2 people found this helpful

RavenReviewed in the United States on October 15, 2015
5.0 out of 5 stars
Always a fan...
Verified purchase
I'm a longtime, avid fan....so I am, at this point, just thrilled that there is more coming. I must admit, though, the first two episodes left me a bit puzzled. I can't quite see the underlying theme (assuming there is one....there usually is) but I'm there with the boys, cheering them on anyway. I am hoping for some episodes that make use of their great comedic talents, and another meta (or two) would be welcome. I LIKE the metas and the comedy. And keep the multi-level symbolic stuff, please. I don't ask for much!
Love you all so much - stay well.

Well, here I am again, months later. And my favorite show is being subsumed by a basketball game!! Blehhhh....come on, CW, you should never ever do this! PLEASE please don't ever do this again.
One person found this helpful

Movie manReviewed in the United States on June 25, 2017
5.0 out of 5 stars
good going supernatural keep fourth season going.
Verified purchase
I enjoy the women being possessed in this series I hope they keep it up and have more women possessed I love to see a woman possessed and turn evil I in general love the series all twelve season love to see a group of women possessed a lady groups of some kind. This how much I love the series even the first woman possessed by evil. For me anyway its the women possessed ones and the none possessed ones for me keep the a poplar show going I for more women in the first place a strong women present maybe even several women possessed for the entire season.
This show has a lot going for it in past seasons and season 12 and hope to see more in coming season.

Tracy SuttonReviewed in the United States on July 26, 2017
5.0 out of 5 stars
Best show on TV and to binge watch on Amazon!
Verified purchase
Great season again!! Love that the brothers are teamed up again in this season and not at odds with each other. If you have never watched Supernatural, you NEED to start with season one and just binge watch. The characters are amazing, the acting just keeps getting better and the story lines are complicated enough and yet continue to keep you interested and on the edge of your seat. LOVE this show!!

PatReviewed in the United States on March 7, 2017
5.0 out of 5 stars
The best there is, that's Supernatural!
Verified purchase
Absolutely great series! You're in for a surprise in every episode! I didn't expect it to last this long because I thought they would run out of ideas, but they keep getting better and better. I have no idea how many times the Dean and Sam can die, but as long as they keep coming back, I'm hooked. Jared and Jason are the best and so are the other long time and short time actors in Supernatural. The writers are phenomenal by just coming up with new ways to keep their fans coming back for more. I'm 73 years old now and I plan on growing old with the series, just keep them coming!!!
See all reviews
Back to top
Get to Know Us
Make Money with Us
Amazon Payment Products
Let Us Help You
EnglishChoose a language for shopping. United StatesChoose a country/region for shopping.
© 1996-2022, Amazon.com, Inc. or its affiliates