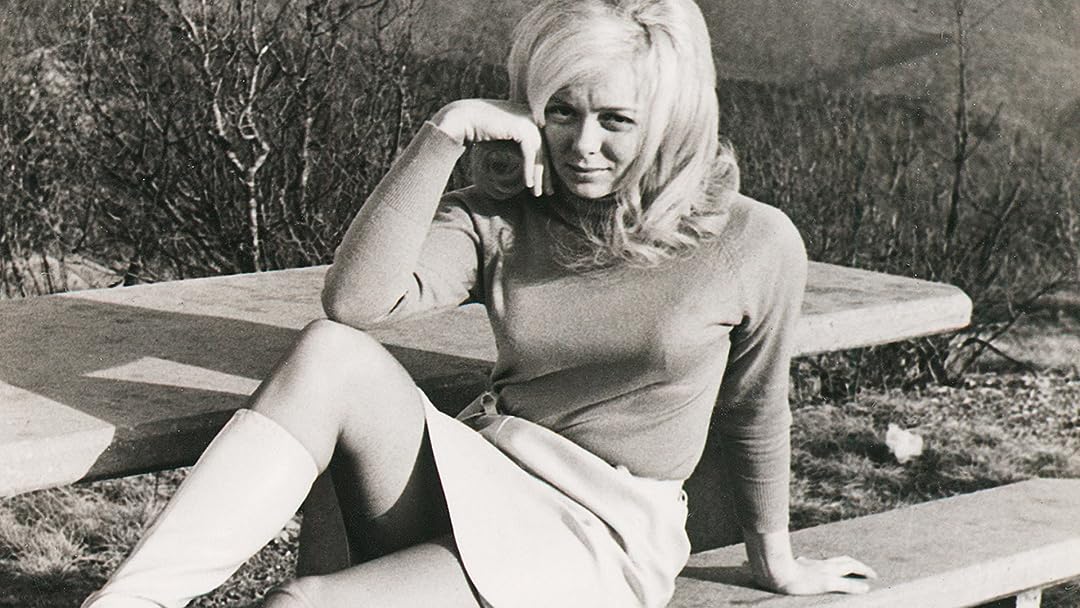 SFAMReviewed in the United States on October 17, 2019
2.0 out of 5 stars
I found this almost unwatchable!
Verified purchase
I usually love Errol Morris documentaries, but this film is a total miss, in my opinion! I found it difficult to finish the film. The convoluted story, and disgusting manor of the film's subject is so repulsive on so many fronts - it's like watching a bum take a dump on a city street. And I resent the manipulations of views, as so often happens in documentaries - "they were saints caught up in an evil world!". No, this is the story of a self-possessed, self-important megalomaniac prostitute/bondage dom who fell hard for a Mormon missionary, and wouldn't let ANYONE deny HER passions, i.e. SHE does the denying (as a dominatrix). Her ego knows no bounds, and this film lets her further her lies and deceptions to the world. Errol's direction here is a mish-mash of tabloid filler and incoherent ramblings from a deluded whore. And not a fun whore who accepts her dirty deeds as part of an adult world of fun, but a whore that denies her whole life, and imagines everyone believes her lies and deceptions, and no one does. No matter what awards she may have garnered, I didn't find her more than passably attractive on a C grade. Sure, she snares several "slaves" to do as she instructs, but mostly this wandering film of a twisted-hearted egotist who refuses to be on the "slave" side of events and will go to any lengths to satisfy her boundless ego (I even doubt she cared that much for this hapless and naive Mormon missionary - it was all about her having control, even over a church and religion). Then there's the whole section about her dogs - WTF! Sappy, filler for a directionless mess of a film. The story is interesting - the subject, and this film are not!
3 people found this helpful

AnonnymouseReviewed in the United States on September 24, 2021
1.0 out of 5 stars
Horrible
Verified purchase
I thought this would be interesting because it happened when I was in a kid. It's terrible. She is not interesting. She is disturbing. She should not have been interviewed because she can't give a good defense for what happened. And she can't give a good defense because she seems scattered, in denial and mentally ill. This woman should have been left alone.

There was a serious crime of kidnapping that could have turned out even worse for the victim. I think the real story is that the man escaped and survived the ordeal. A simple explanation of her erratic behaviors would have been sufficient. But it seems like they paraded her before the cameras just to make a documentary. I didn't watch the whole thing. I quit 2/3 of the way through.

Allen SmallingReviewed in the United States on January 25, 2015
3.0 out of 5 stars
A "cult," a self-centered femme fatale, the British press at its worst -- how did this doc not gel? ~
Verified purchase
There were two smaller documentaries inside this hash -- either one would probably have been better alone. They both purport to tell the story of a young North Carolina woman, Joyce McKinney, who fell in love with a Mormon missionary, pursued him to the U.K. in 1977, and with the help of friends kidnapped him and put on a full-bore sex offensive in a remote cottage in order to secure his love and free him from Mormon "training." Other documentaries I've seen by Errol Morris had more respect for their topic, I feel. Even VERNON, FLORIDA, whose citizens and ambience go from weird to a kind of transcendental weird, stayed with the mood of that quiet and isolated small town and let town citizens, abetted by the camera, speak for themelves. TABLOID was about half that, about half Michael Moore kneejerk irony (as the central figure reminisces about her teenage years, a clip of a strutting majorette is shown). The problem with this injected camp is that it tends to drag us away from the subject. After the film was over, I found myself wondering about her -- did Joyce McKinney finish college? -- how did she wind up in Wyoming? -- did she ever have a full-time job? -- omissions or partial omissions which seemed a little unfair given the assault on her erotomania and (one could argue) insufficient socialization. I left with the feeling that I'd learned a little about the tabloid treatment of a singular woman who may have been even more wack than the "cult" she affected to despise, but ultimately that no one got it right, least of all the normally insightful Errol Morris. If you're a Morris fan at some point you'll probably wind up seeing TABLOID, but be prepared for some letdown.
4 people found this helpful

ANJANI W.Reviewed in the United States on July 22, 2016
4.0 out of 5 stars
Bizzaro and Interesting
Verified purchase
Best moment for anyone who believes this woman: She holds up her hand at one point. A hand with all it's fingers. Then she says, "I lost the fingers on my hand after my dog...(was overdosed with a prescription medicine and attacked me)...and my intestines fell out where he bit me." Paraphrased, sorry. Hilarious and creepy documentary about a woman who's a stalker and kidnapper. the rape part boggles the mind only because we're not able to understand, as a society, how a woman rapes a man who hasn't been drugged ONLY tied down, after being forced to a temporary prison at gunpoint with a fake weapon. Worth watching if you have time to kill.
3 people found this helpful

DKReviewed in the United States on January 15, 2020
3.0 out of 5 stars
Crazy? Well...
Verified purchase
Finally got around to seeing this documentary. It is very well made however, the subject matter and story of this whole ordeal was kind of weak. I think that if I was the director, I probably would of not gone through in making this documentary unless Kirk was willing to be part of it. Otherwise you're just watching an expressive and interesting woman tell a one sided story.

---Spoilers--- I think that both parties were guilty of the pleasures of sin....lol

HaloLoveReviewed in the United States on July 11, 2019
4.0 out of 5 stars
Is this for real LOL
Verified purchase
“And blue silk sheets that matched his blue eyes.” Oh my God...I cannot believe this happened but apparently it did!!! I guess she’s lucky she was a beautiful blonde woman because kidnapping, forceful intercourse (even if a virgin) is absolutely sadistic! But good grief, her quirkiness had me crying in laughter. The fact she still felt she did nothing wrong though made me think she seriously needed some mental help. But funny story for sure!!!!!

N. CharestReviewed in the United States on June 26, 2020
1.0 out of 5 stars
Big Yawn
Verified purchase
Are we not all tired of watching filthy old men recounting their glory days of exploiting sex workers? I am and I felt for Joyce McKinny. Did she consent to marketing those pictures? They were her property. Let’s move on, old men to docs about photos of your old perversions with young women.

Gemma CheyneReviewed in the United States on April 24, 2021
3.0 out of 5 stars
I Want to See the Whole Cartoon
Verified purchase
Probably more entertaining than the documentary. If they're not playing it for comedy then why is it included?

Joyce may have a high intelligence IQ but her emotional IQ must be zero.
See all reviews
Back to top
Get to Know Us
Make Money with Us
Amazon Payment Products
Let Us Help You
EnglishChoose a language for shopping. United StatesChoose a country/region for shopping.
© 1996-2022, Amazon.com, Inc. or its affiliates