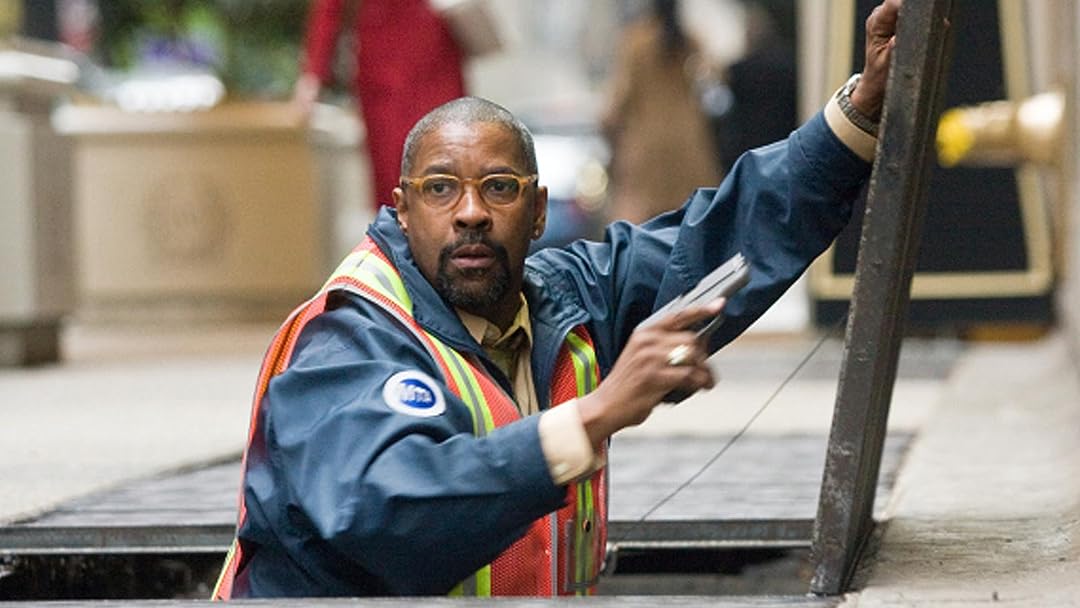 (2,034)
6.41 h 45 min2009X-RayR
Starring Denzel Washington and John Travolta, this film is about a New York City subway dispatcher's whose ordinary day is thrown into chaos by an audacious crime: the hijacking of a subway train.

Delta D.Reviewed in the United States on August 27, 2019
1.0 out of 5 stars
Dire remake. Watch the original rather than this trash
Verified purchase
The idea of updating the original to embrace current technology makes sense. Alas, we see very little of this. Furthermore, the narrative changes in the remake destroy virtually everything that was good about the orginal.

The varied and interesting supporting characters from the original are more or less written out. This is essentially just about Ryder and Garber. Neither is recognisable from their original forms. The original Ryder was calm, intelligent, confident. This Ryder is a panicky, foul-mouthed, yob.

The original Garber was a hard-bitten MTA cop. This Garber is a sensitive, once high-flying MTA exec, busted down to controller status after the discovery of a bribe.

As if the hijacking were not enough, there is a credibility-defying financial markets twist on this. Ryder has bet large that the gold price will rise in response to the incident. His bet pays off: the original $2 million becomes $305 million.

The conclusion is turned into almost farcical melodrama, with the delicate and sensitive Garber performing Mission Impossible-type stunts to catch up with Ryder.

J. FieldsReviewed in the United States on April 8, 2019
2.0 out of 5 stars
They Didn't Need To Re-make This Movie
Verified purchase
The original Pelham 1,2,3 was wonderfully directed and acted. The acting in the re-make was adequate but there was just no chemistry between any of the actors. The story was about the same but I didn't feel for any of the characters. I didn't feel the sense of danger in the re-make. Robert Shaw, in the original, had this quiet menacing side which made him intriguing, not so with John Travolta's portrayal. And why did they have to taint the Walter Garber character by having him do something illegal in his past? After the re-make, I had to watch the original to get the taste out of my mouth.
16 people found this helpful

A. Film LoverReviewed in the United States on October 10, 2020
1.0 out of 5 stars
Tony Scott rides again and remakes a classic film into utter junk
Verified purchase
Watch the original movie, it's that simple. This pathetic remake has no wit (the original is very funny at times), the story of course has been "improved" by writers who are morons, and Mr. Scott does everything that the original director knew not to do - i.e. let the script do its job and know how to cast. There is not a single thing that works in this wretched excuse for a movie and Mr. Washington should know better, but then he did the horrid remake of The Manchurian Candidate, too. Awful.
8 people found this helpful

joel wingReviewed in the United States on November 11, 2020
4.0 out of 5 stars
Denzel and Travolta carry this thrill ride on the NYC subway
Verified purchase
Taking of Pelham 123 was a great 1970s heist film. It was remade in 2009 by Tony Scott starring John Travolta as Mr. Ryder the head of a group of criminals that holds a New York City subway train hostage. Denzel Washington is Walter Garber who works for the Metropolitan Transportation Authority that runs the subways. Ryder takes a train and demands $10 million for the release of his captives. Travolta plays the criminal mastermind while Washington is a public employee stuck as a negotiator. Could the new version live up to the standard set by the original? Yes it did.

The story is taught and full of tension. Ryder for instance gives timelines for the money to arrive or he will start executing the hostages. He goes into fits of rage as well threatening to kill people. There’s also times posted to highlight how little of it the city has to meet Ryder’s demands. Ryder and Garber also create a dynamic as most of the film is those two talking to each other. You wouldn’t think a story that mostly focuses upon talking heads could make for a thriller but it definitely works largely to the performances of Washington and Travolta.
C
4 people found this helpful

demonsRendangeredReviewed in the United States on August 21, 2021
2.0 out of 5 stars
Tony Scott does it again!
Verified purchase
But it's not good. Looking at Tony Scott's directing history, he's done some good movies. I don't know what happened but his directing in this movie is very similar to his directing/camera work in Unstoppable. Lots of 360 degree rotating shots of people talking, quick camera pans with jittery zoom ins like the camera man had way too much coffee before work. I just don't get it, it's a very goofy way of shooting scenes but I guess he's taken a liking to it?

Anyways, I hate to say it but as much as I love Denzel Washington's work, he couldn't save this movie. Nobody could. John Travolta's character was completely distasteful and it turns out the script is a frankenstein of a previous script. That is to say, the previous script being the 1970's movie. Yeah, that was something I wasn't aware of when I saw this, turns out this movie is a remake. Glad this was mentioned in other reviews because I checked that one out afterwards and it's a great movie. Bottom line, I'd recommend watching the original 1970's film. If I had known this was a remake I never would've watched it, remakes are never good.
One person found this helpful

Typical blokeReviewed in the United States on December 7, 2020
2.0 out of 5 stars
Ham-handed and loud vs the Original's witty and menacing
Verified purchase
If you've seen the original (and if you haven't, you should), you'll be struck by how clumsy this version is. It's loud, melodramatic, over-acted, and shallow. The villain in the original was smart and cool-headed - believable. The villain in this one is hanging onto reality by a thread and throws tantrums every other dialogue. There's no way he's a criminal mastermind - he wouldn't even be able to orchestrate a bbq. The entire flamboyant cast of the original has been replaced by three meaningful characters in this one: the villain (as mentioned, a not very intimidating nut-job), Denzel as the everyman in a tough situation, and the hostage negotiator who coaches him. Denzel and negotiator aren't bad, but it isn't enough to redeem the utter lack of wit and depth. Adding lots of half-blurred camera shots, thumping beats, exotic car crashes, and a (half) gallon of milk for the wife doesn't compensate for the smarts, wit, ruthlessness, and balls in the original.
4 people found this helpful

Stella CarrierReviewed in the United States on August 14, 2017
5.0 out of 5 stars
Dramatically Powerful Portrayals
Verified purchase
I confess that I just watched this film The Taking of Pelham 123 after my husband mentioned to me that he has watched and liked a 70s version of this film. I am very glad to have watched this film as there are many twists and turns throughout. The Taking of Pelham 23 features the plot of Walter Garber (Denzel Washington) dramatically having his life changed when Ryder a.k.a Dennis Ford (John Travolta) decided to hijack the train route that Walter Garber was assigned to. Garber’s boss John Johnson (Michael Rispoli) and Lt. Camonetti (John Turturro) try to take over for Garber when his shift was over but he becomes a focal point of the a very dangerous situation whether he wants to or not after Ryder insists on speaking with Garber. Of course, there are other characters who played important roles in this The Taking of Pelham 123 film. I do feel that multiple actors and actresses contributed to this film in different ways. However, I admit to being undecided between which acting portrayal was my most favorite from this film and I am going to have to leave others to decide that as I feel that both Denzel Washington and John Travolta gave brilliant reenactments of their personas even though both men appeared to be each other’s character foil.
6 people found this helpful

Rocko3Reviewed in the United States on September 14, 2021
4.0 out of 5 stars
....excellent Police Drama.
Verified purchase
.....This is the best I've seen John Travolta since Pulp Fiction.... except he doesn't dance. Denzel Washington is really good in this too. All action from start to finish. I truly enjoyed this. The language John uses in this is pure street slang, so you can imagine. Outside of that, there isn't that much grossness in this. Give it a watch.... you should love it like me!!!
One person found this helpful
See all reviews
Back to top
Get to Know Us
Make Money with Us
Amazon Payment Products
Let Us Help You
EnglishChoose a language for shopping. United StatesChoose a country/region for shopping.
© 1996-2022, Amazon.com, Inc. or its affiliates