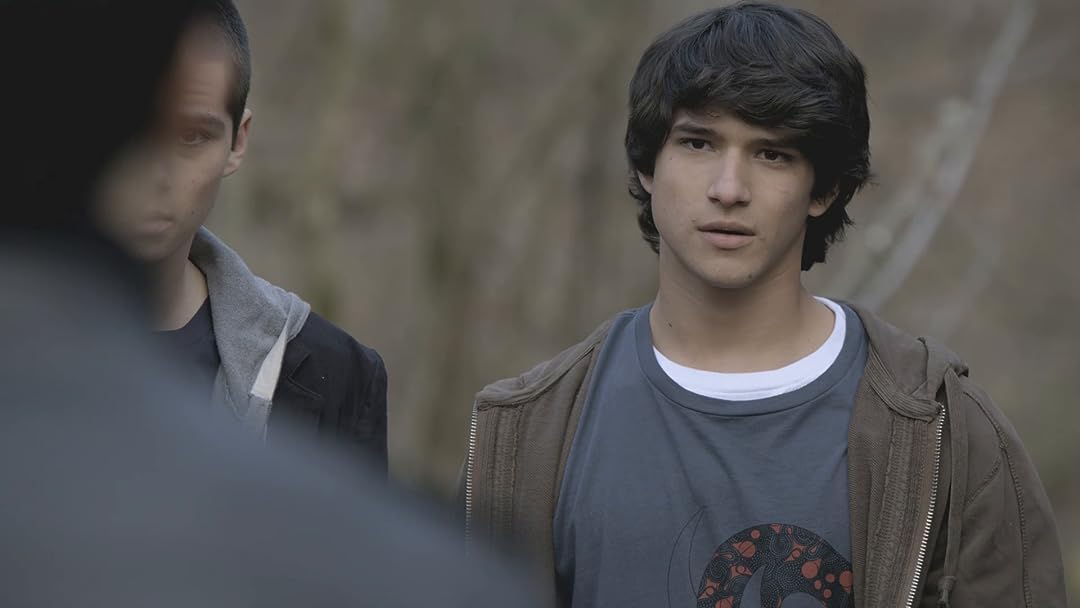 (5,045)7.62011X-RayTV-14
Scott's a non-athletic, socially awkward high school sophomore...but a single wolf bite changes everything. Now he's the popular star of his lacrosse team and dating the new girl in town. But Scott's "new" abilities also pull him into the middle of a war between werewolves and werewolf hunters.

V SeldonReviewed in the United States on September 13, 2016
5.0 out of 5 stars
My new guilty pleasure...
Verified purchase
I first started watching as I'd run out of stuff to watch on Netflix and this is free with Prime. The title itself 'Teen Wolf' kept me away for a while as I expected it to be like the 'Twilight' variety. I was pleasantly surprised, and before I knew it, I was binge watching all the seasons. The plot is tight, the casting is awesome, and I love the pace of the show. The special effects are great as well, no cheap CGI here. Tyler Posey does a great job playing the lead character and his sidekick Dylan O Brien is adorable and funny. I also love the Lacrosse team coach, who is caught unawares amongst all the fighting between these supernatural creatures; great for some light-hearted comedy, especially after the show takes on a more serious/dark turn after season 2. Lydia's character irritated me briefly, her constant pout and her 'I'm too cool' attitude put me off. Watching got much easier once she discovered her true powers. I tried watching the Vampire Diaries and eventually stopped watching after season 4 as I got fed up with the Elena/Damon/Stefan love triangle and felt the plot was tedious, with a tad too much teen angst thrown in. But, I will be looking out for Season 6 of Teen Wolf. Try it if you've been considering it as well, you just might love it too.
85 people found this helpful

onepersonReviewed in the United States on November 8, 2017
4.0 out of 5 stars
Fun
Verified purchase
This show is woefully episodic and that comes across like a disconcerting accident rather than a meaningful artistic choice.

And I've gotten all the way to the end of whole first season with the feeling that that premise still remains unexplainable.

The dialogue is downright bad more often than not.

Yet I'm giving it four stars because it somehow manages to be a good show in spite of all that.

For one thing, the central theme of lycanthropy is attractive. It's not just about the visual motif being pretty either - it's more that they really do get across a sense of the wild magic and mystery in it.

Another big positive is that the star seems like a good actor and his character, his best friend and his girlfriend are especially sympathetic.

The show's insight into the primitive young male experience it depicts is really where it shines. And it ultimately has an optimistic feel as far as human character is concerned despite delving into some pretty dark episodes. So all in all, I vouch for this show as one of the best I've seen in a long time.

RCReviewed in the United States on January 31, 2017
5.0 out of 5 stars
MY FABORITE! I WON'T KNOW WHAT TO DO WITH MYSELF WHEN THE SERIES ENDS
Verified purchase
this is my guilty pleasure. my reason for making it past Mondays. I own all of the seasons released to dvd and watch them periodically.

it's cheesy sometimes but it's an mtv drama madeforteensso you gotta be ready to accept that . The plot is pretty decent for a Supernatural scifi drama and the character development is great and so subtle and natural that it is only when you do a re watch that you see how the characters have grown and evolved.

I love this show
23 people found this helpful

Sign itReviewed in the United States on October 25, 2015
5.0 out of 5 stars
Action packed & ever changing
Verified purchase
Teen Wolf season 1 lays out a foundation of characters of all ages in a small town but it's not your usual township as it has ware wolfs. It's a great program of action, decisions & outcomes. It's always evolving & changing, showing even that mystical life creatures encounter the same issues & problems that humans daily face. Following the characters is challenging as you are constantly guessing whom is what & are they the good ones or the bad ones. New characters are always being introduced as well as new kinds of mystical creatures which offers plenty of action as well as keeping the excitement level high. Choices made offer consequences & how it affects each other, friends & their family. There is the routine of being in high school & finding your place in the world & the older adult characters balance jobs, family & living. Presently I am on season 3 but I got hooked in Season 1 watching it. It's fun, relaxing, action packed & a great escape into another world.
17 people found this helpful

CallygirlReviewed in the United States on May 22, 2016
3.0 out of 5 stars
Started out okay but got better as you went.
Verified purchase
I watched this since it was free on Amazon Prime and at first Tyler Posey's character as Scott drove me crazy as an immature and annoying teenager, who did those things that make you wince as the audience. But with the help of the handsome Derek Hale played by Tyler Hoechlin I made it enough episode in to finally start to like the younger cast members. By the end, I found its treatment it had some inner depth including its sympathetic use of Homosexual character and themes as real life and not a gimmick, the struggles of a single mom, and some true friendships among characters. A show that improved into a better season 2.
11 people found this helpful

Nicholas TockertReviewed in the United States on September 28, 2018
5.0 out of 5 stars
Smart, scary, well written series.
Verified purchase
This series has the potential to be it's generation's Buffy the Vampire Slayer. The supporting cast actually far exceeds the main character as we often sing 'scotty doesn't know'.
This also has the single best handling of LGBT issues I have seen in television.
Smart, scary, arc driven. There is a bit of silliness in the practical effects and how the werewolves run but all in all an intriguing series. (Worthing through season 4 already, purchase the whole series)
5 people found this helpful

S. LaceyReviewed in the United States on November 2, 2020
2.0 out of 5 stars
Need correct blu-ray player in USA
Verified purchase
I have a blu-ray player that I thought was region adjustable but found out that when set for Region B, the subtitles were permanent when playing even when set for English language. Video quality was great. I only wish they just made all blu-ray players region free. It would make it so much better for customers anywhere in the world and the manufacturer so they wouldn't run out of supply in one particular region. With such a popular show, only Region B or C was available and never for the USA...very disappointed.
One person found this helpful

TifaReviewed in the United States on November 10, 2012
5.0 out of 5 stars
Surprisingly good show
Verified purchase
Normally I wouldn't watch a show that had the words "Teen" and "MTV" associated with it because I haven't been a teen in nearly two decades and I haven't watched MTV since they stopped airing actual music videos. But, I watched the first couple episodes of Teen Wolf on Netflix after some friends recommended it and I was hooked! I went through both seasons in about four days of marathon watching, and now I'm impatient for season three.

You really can't compare it at all with the cult classic movie, but if you enjoy this show for what it offers -- it totally delivers! It has some sharp writing, fantastic characters and the actors are very talented. I love the romance between Allison and Scott because it really feels like a teenage relationship, albeit complicated by the whole werewolf problem. I love the supporting cast who manage to shine through even bit parts, but my favorite character by far is Stiles. Dylan O'Brien really brings him alive, and the writers have given him a lot of great material to work with. He lights up every scene he is in and totally steals the entire series for me.

No TV show is perfect, of course, and this show does have its problems with some heavy handedness, some character portrayals and continuity issues. But, for the most part the show works on a lot of levels. I hate to compare it to any other TV show because it needs to be appreciated for what it has to offer. For instance, it's not as deep or expansive as Buffy was, but if you liked the play of relationships and characters in Buffy, I think you should give this show a shot. I'm so glad I wasn't put off by the name and gave it a try. I'm totally addicted!
10 people found this helpful
See all reviews
Back to top
Get to Know Us
Make Money with Us
Amazon Payment Products
Let Us Help You
EnglishChoose a language for shopping. United StatesChoose a country/region for shopping.
© 1996-2021, Amazon.com, Inc. or its affiliates