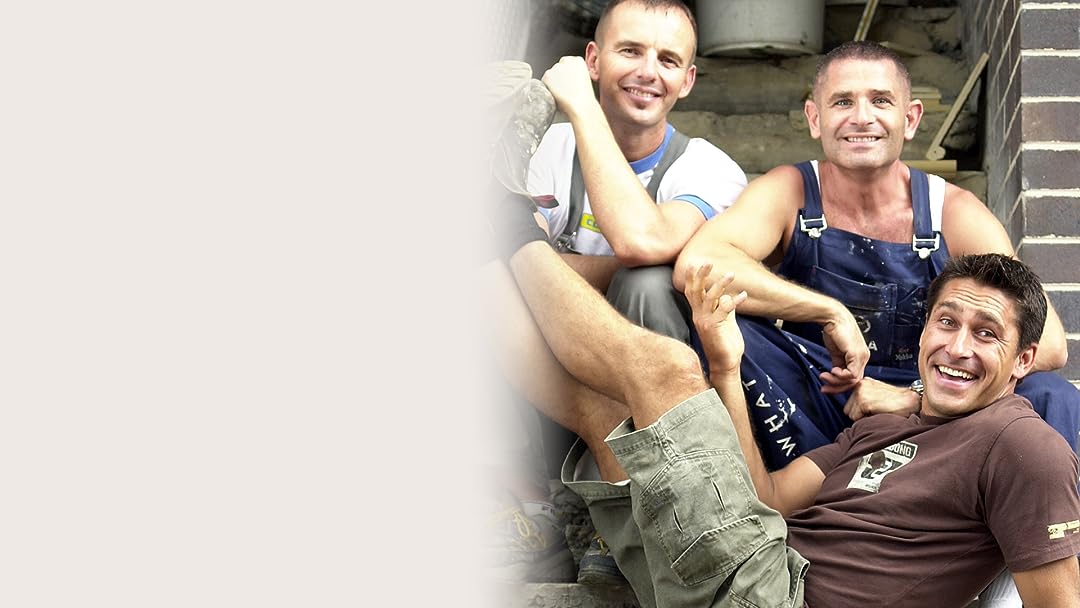 (3)
200313+
The Block introduces four couples who are taking on one of the toughest but potentially most rewarding challenges they will ever face. The couples will move into four identical and near-derelict apartments in the same building, with little more than the clothes they are wearing.

EReviewed in the United States on May 11, 2020
5.0 out of 5 stars
A charming blast from the past
This is a home renovation reality show with an intriguing premise that I don't think I've seen in US reality shows - four couples are tasked with completely renovating identical units of a four-unit, very dilapidated apartment building in an upscale area - Bondi beach - the very definition of "the worst house on the best block." The couples must complete the renovations in a matter of weeks, living through the mess and the noise in the apartments during renovation, and also still being required to work their day jobs. Each couple is given an equal renovation budget upfront but must use it wisely to hire and coordinate tradespeople and contractors to perform renovations, all while having to do basic renovation work themselves (i.e., painting, sanding, furnishing, interior decorating, accounting). At the end of the show, the properties are put up for auction, with each couple getting to pocket any profits beyond the identical reserve price placed on each unit. All couples are able to sell for a profit, and the couple with the highest profit gets an extra hundred thousand dollars.

I thoroughly enjoyed the show. It was a nice blast-from-the-past back to 2003 - the now-mostly-dated fashion (from clothes to interior design), a glimpse of society before smartphones, and the random, oddly quaint turn-of-the-millenium trends I'd forgotten (i.e., oxygen bars?!). Seeing the end products of the renovations was very gratifying after watching the renovation process. The four couples selected were personable and entertaining, and while there was drama during filming (mostly about renovation issues, not relationship spats), I felt like it was a small enough part of the overall show to not detract from the process. One of the four couples featured, Warren and Gavin, were apparently the first gay couple to be featured on Australian TV, and are still together (and now officially married) to this day.

Liv Rich in the OCReviewed in the United States on July 22, 2020
5.0 out of 5 stars
Best Reality Renovation Show EVER!
Set in Melbourne, 4 pairs of contestants move into ramshackle quarters and are challenged to weekly competitions while they renovate the spaces. Construction, design and drama. It's crazy good. When they are finished, the homes go up for auction and the winner takes home prize money, and they each get to take home any amount over the reserve of their home. In Aussie terms, I'm rapt. PLEASE AMAZON, ADD MORE SEASONS!
One person found this helpful

HappyLifeReviewed in the United States on August 10, 2021
4.0 out of 5 stars
Great house renovation TV show
We like house renovation tv shows with competitions. It seems Australia has quite a few of them. We liked the show and especially the idea of an auction at the end. This gives you an idea of the current market value.
A little drama added to the show but also a little funny. Picture is definitely not HD but show is from 2003.
See all reviews
Back to top
Get to Know Us
Make Money with Us
Amazon Payment Products
Let Us Help You
EnglishChoose a language for shopping. United StatesChoose a country/region for shopping.
© 1996-2022, Amazon.com, Inc. or its affiliates