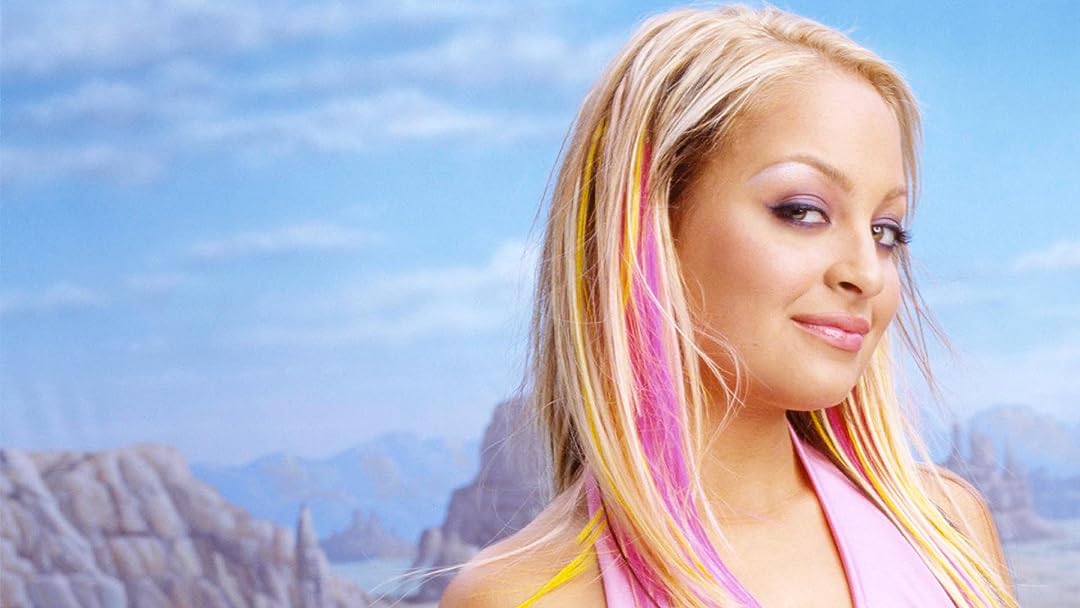 (75)
2005X-RayTV-14
Paris and Nicole accept various internships along the East Coast. They travel around the Northeast aboard motor coaches of the Greyhound Lines along intercity highway routes.

AWA COReviewed in the United States on May 10, 2022
5.0 out of 5 stars
youre a hot bitch
iconic catch phrases, fashion, reality concept...ahead of their time!!

TatianaReviewed in the United States on June 20, 2021
5.0 out of 5 stars
The Simple Life is for EVERYONE
Paris Hilton and Nicole Ritchie are glitzy, glamorous, grounded, sexy, beautiful and incredibly intelligent, talented, sensitive and caring celebrities who really live in the moment. They bring joy and happiness throughout each episode. Love. ❤️👍🏼Love. ❤️👍🏼. ❤️👍🏼.❤️👍🏼. ❤️👍🏼. 🤩🤩🤩🤩🤩

IthacaRedReviewed in the United States on November 26, 2020
4.0 out of 5 stars
Only watch seasons 1 and 2
I'm Paris' age so watched this show when it originally aired. First season was fun and silly, second season less so but still fun to rewatch. Season 3 (which I didn't watch when it aired) was nothing but the catch phrases on repeat, Richie forcing the raunch, and Paris overdoing the ditz act. The producers clearly had decided what their characters needed to be for ratings and oversaturated that. I made it 5 minutes into season 4 (didn't watch when it originally aired) and had to bail. Apparently, they were "feuding" at the time so they filmed the show apart. What was the point of continuing. Without the playing off of one another and giggling, the show doesn't work. They should have stopped after season 2. The more emaciated Nichole gets as the show goes on, the less likeable she gets. Less silly, cute, and loveable, more stern, fake, and overt.
4 people found this helpful

ManderlyReviewed in the United States on February 15, 2019
5.0 out of 5 stars
I love Paris! That's Hott!
For those who didn't like it and came here to complain, you're an idiot!
The show was so hilarious! They wouldn't have made it if they had chosen 2 other people. Paris alone is amazing and awesome! When Nicole cried about the dead cat, I was in tears laughing so much between her faking it and Paris laughing so hard about it! Was an awesome show and it takes a lot to make me laugh, they did it!
I never get tired of watching reruns either! Don't like them or the show, then shut up and move on!
So many people insult Paris all the time. I love Paris! She's made it big on her very own. Its not her fault she carries the Hilton name either! Those who mock others are useally very jealous cause they don't live the life of others! Its called LAZY!
Paris had goals, made goals and accomplished her goals! I'll always defend Paris Hilton!

honey badging wolverineReviewed in the United States on March 11, 2019
3.0 out of 5 stars
ok
saw a few episodes---its silly--nicole ritchie has a eating disorder? a little chunky? lionel ritchie must be proud of nicole.......brenda must be ecstatic to have raised such a lovely daughter.......promiscuous ....paris walks like a penguin? so thin as if she would break....very flat flat flat everywhere.....

wait, the dumb man says he nearly killed Paris and feels really bad---Paris stated she has been riding horses her entire life but she did not know how to make the horse go faster? the horse just bucked her off---huh? geniuses
4 people found this helpful

bryankbyeReviewed in the United States on March 29, 2019
5.0 out of 5 stars
This show shaped the reality TV genre forever
I remember being like 7-ish when this show first came out and I must say, as a 22 year old I still find it to be one of, if not, THE best reality show ever to be aired! Everyone should lighten up. This show is raunchy and at times cringe worthy (in the BEST and FUNNIEST ways possible) but you have to remember it was the early 2000's. This was the way the world was at this time. This show has aged like very cheap wine you can buy at walmart. not the most refined thing in the world by any means but it gets the job done, in this case its still entertaining after all these years! now, kindly I ask that ya'll shut it and enjoy the literal queens of reality TV!!!
27 people found this helpful

JessicaReviewed in the United States on February 25, 2021
5.0 out of 5 stars
I love you Paris and Nicole ❤️❤️❤️❤️
this show is a 10/10 it takes place in the 2000's so I don't get why people are complaining about the style and such. One of the funniest shows. Paris and Nicole are both icons. I would definitely recommend this show to anyone its funny and entertaining its great!

M G MReviewed in the United States on February 11, 2019
4.0 out of 5 stars
Tramptastic
It's oddly addictive, utterly mindless, manipulated reality that launched a genre of TV. Nicole's crass potty mouth is the cherry on top. It's all in the editing.
6 people found this helpful
See all reviews
Back to top
Get to Know Us
Make Money with Us
Amazon Payment Products
Let Us Help You
EnglishChoose a language for shopping. United StatesChoose a country/region for shopping.
© 1996-2022, Amazon.com, Inc. or its affiliates