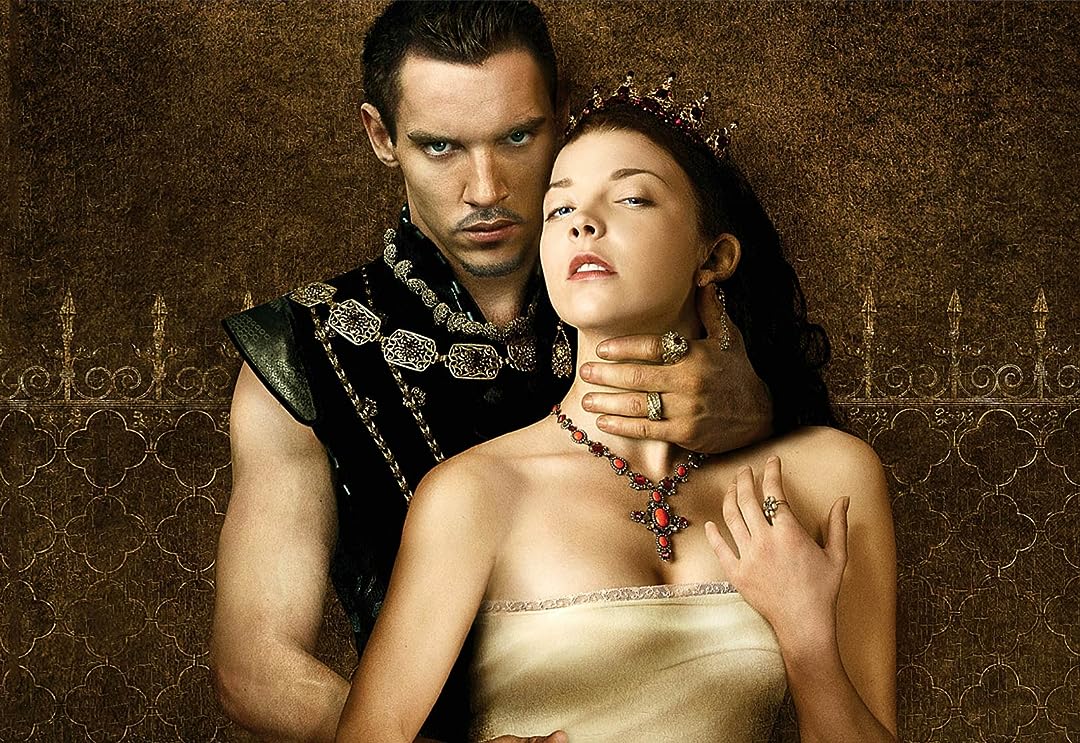 (2,100)
8.12008X-RayTV-MA
We begin the season with a King who has been frustrated at every turn by the Vatican in his bid to annul his marriage to Katherine of Aragon in order to marry the younger Anne Boleyn. The reasons, indeed necessity, for this step are multiple -- part vanity, part sexual desire, part bold individualism -- but they center on one unshakable ambition: to father a son and heir to the Tudor dynasty inherited by Henry from his father. If he does not have a son, then this lineage, for which he has such ambitions, will die with him. But this desire alone is not the whole story. Inspired by the writings and reformist zeal of a disgruntled German theologian named Martin Luther, Henry takes on the Catholic Church at their own game -- wielding power and authority -- and launches a savage and ultimately bloody bid to be master of his own spiritual as well as secular destiny. The English Reformation brings together the personal and political ambitions of a Royal revolutionary.

Watch with SHOWTIME
Start your subscription
Add to
Watchlist
By ordering or viewing, you agree to our Terms. Sold by Amazon.com Services LLC.
Write review

This is the kind of show I really enjoy watching. Wonderful locations, excellent characters, and coherent story and character arcs. The beheadings begin in the first season when Buckingham loses his head, proving no one is safe from the crazy king. The smart characters run for the hills and stay far away from the king. In the second season Sir Humphrey, Ann Boleyn's brother, several other men, and then Ann Boleyn all lose their heads. Cromwell loses his head in season three. In the fourth season Culpepper and the king's skinny blonde wife lose their heads. Before losing her head the blonde wife looks up at the clear blue sky and whispers a memorable line. "Life is beautiful."

Like the Merlin series the Tudors featured many actors that went on to have wonderful parts in Game of Thrones.

James D. PorterReviewed in the United States on September 19, 2018
5.0 out of 5 stars
Queen Anne and her tragic death...
Verified purchase
I've finished the first two seasons of this show and its well worth your time if you haven't seen it. Actually, the show so far has been more or less the story of Queen Anne and her relationship with King Henry. Season two ends with her beheading which tears your heart out as she was more or less murdered by the King when he grew tired of her and lusted after another woman. This story takes place in the 1500's during the days of Martin Luther and the formation of the Church of England as it breaks ranks with the Catholic Church in Rome. Turmoil and early death is to be expected by most folks during these dark times, but those with ties to the church or royalty have luxuries few get to experience. The price to be paid however can be a quick death when those in power decide they want to get rid of you.
3 people found this helpful

J. PerrottaReviewed in the United States on March 1, 2016
5.0 out of 5 stars
Court comes to life!!
Verified purchase
I simply cannot get enough of this amazing series so I have watched it from beginning to end TWICE!! Yes, it is a soap opera and what is wrong with that? The history is fascinating and even though so many reviewers here report how 'historically inaccurate' the show is, they always fail to describe exactly how so. Okay, so JRM is smaller than the actual King, so Natalie Dormer has blue eyes whereas Anne Boleyn had brown, so Henry's sister Margaret may/may not have been the sister to marry the near-dead King of Scotland, SO WHAT?? If you need to write a history report about the Tudors and want to forego your research by watching this series instead of reading a book, you will likely run into problems with some of your accuracy. BUT if you are watching for fun, you will be blown away by the costumes, the lifestyles, the quest for power, and how easily some will turn on each other (even their own children) to attain position and wealth. There are few completely blameless people in this entire series as almost everyone is involved in one way or another of conspiring against someone else to elevate their own status or agenda and thus SPOILER: everyone here basically gets their just desserts (perhaps with the exception of Mark Smeaton, Henry Norris and Anne's father) This is the best of all the other historical dramas that have come after and the Tudors sets the bar for all others to follow. The best part is, if you do enjoy the series, it will inspire you to pick up some of the countless history books written about the Tudors. If there are inaccuracies in those books you would have reason to complain but here, just how well they reenact a very complicated history should be acclaimed and not criticized.
2 people found this helpful

Patricia GetzReviewed in the United States on January 20, 2014
5.0 out of 5 stars
One Of The Best Series Ever Made
Verified purchase
I loved this series!!!! And was not even aware of it for the longest time. I
guess I never realized that Henry VIII last name was Tudor, as I have never been much interested in him or his reign. But I was looking through some recent release movies & saw a listing for The Tudors, & thought, well, now, that sounds good. And I was not in the least disappointed. We have to remember, though, that the real Henry VIII was never even close to being as good looking as Jonathan Ryse Meyers. And I'm not sure he was ever very nice. Only when it benefited him, I am sure. But I did like most of his wives, excluding Katherine Howard. A queen she was not, even though she wore the crown. She was simply stupid .

snwlprdReviewed in the United States on December 29, 2010
4.0 out of 5 stars
history on screen
Verified purchase
I bought the first season to 'try out' the series as I don't have cable/satallite and liked it well enough to go for season two--well season two made me a fan and I have ordered the rest of the series. I have read several history books about the War of the Roses and the Tudors, so thought this series would be fun. It was! The second season, as other reviewers noted, was more true to history and focused on the creation of the Church of England (vs. Catholic Church). However, the Anne and Henry story was just as interesting and Natalie Dormer (playing Anne) captured Anne as a strong, passionate woman, not a helpless pawn of her father or evil 'witch' of a woman--the best representation of the person I have yet experienced.
The second season picks up with Henry and Anne publicly together, shows Catherine in isolation and gives a very telling, but brief, view of Princess Mary after being declared a "bastard". The best scene with Mary is when she is watching from a balcony her father Henry leave after visiting his other daughter Princess Elizabeth (he didn't stop to see Mary)--very poignent. There is also a very powerful scene between Anne and Mary.

D. R. Katz!Reviewed in the United States on March 2, 2013
5.0 out of 5 stars
Dont miss this spectacle for the eyes!
Verified purchase
Wow, what an amazing series. The costumes are gorgeous and the sets are as well. The acting is superb. I was concerned I might be a stickler for more accuracy in the casting of Jonathan Rhys Meyers as the lead, but I quickly got over the casting of such a young, handsome actor as the king. He portrayed the petulant and spoiled monarch well enough that the disparity in the age and the lack of corpulence was a pleasure to overlook. I frequently loan out the entire series to friends and family and it is always a hit. The torture scenes are unfortunately very well done and I often have to turn away as they are tragic and disturbing. (spoiler: I am referring to you, poor handsome violinist!).

We visited London shortly after watching the entire season and it made visiting the Tower of London so much more enjoyable and meaningful. Standing precisely where so much history occurred and where poor Anne Boleyn met her fate was much more intense for me.

Do yourself a favor and enjoy this series. It is time and money well spent.

Caramel DejaReviewed in the United States on April 15, 2012
5.0 out of 5 stars
LOVE THE TUDORS.... MY FAVORITE TV SHOW OF ALL TIME!!!
Verified purchase
The blu ray UNCUT version of The Tudors is WAAAAY better than the DVD version, not to mention you can tell the difference in sharper images, and everything feels more real. The Tudors 1 and 2 are my favorite seasons, except for the end episodes where Anne Boleyn gets beheaded. She is my favorite Queen of all time, and I feel sorry for her for what had happened. She was tried and found guilty of crimes she did NOT commit. I wish I could go back in time and change events that happened, to save her from being killed. One of them being that Henry gets hit in the head with the joust, and another would be that Anne and he get together intimately BEFORE they get married timing it, so that way they have intimacy at the perfect time to be able to conceive a son. Also, to get rid of unwanted characters that would hurt her future chances. To also give Henry some medication because he most likely had a lot of diseases that hurt the babies as well. This is a tragic story of what happened to her, but I would suggest buying the Blu ray versions, because they are simply the best!!!

A. ZinnerReviewed in the United States on February 5, 2009
5.0 out of 5 stars
Must see!
Verified purchase
Love love love this season! The drama and the passion continues in Season 2 of The Tudors. This was a must buy for me after getting hooked on the First Season when it came out on DVD. Even though I know the story, I still find myself hoping for a different outcome. The actors make the characters come alive to the point that I get attached and hate that someone is going to have to die. Natalie Dormer is incredible as Anne and I hate that the season has to end the way it does, she will be missed. Jonathan Rhys Meyers is overwhelming as Henry and so passionate in the character that I have to remind myself that he is acting and is not the real Henry. Yes I am sure that some will argue that it isn't worth watching because of the historical missteps, but come on its entertainment. I love history - and read books and articles for the real facts, but I also enjoy great entertainment especially historical drama - and this delivers. The attention to detail in the costumes and sets is beautiful and a feast for the eyes. I can't wait for Season 3 but since I don't get Showtime I guess I will have to wait a little longer than others. Keep up the good work Showtime and if you are trying to decide if you should buy this - The answer is most assuredly a YES!
2 people found this helpful
See all reviews
Back to top
Get to Know Us
Make Money with Us
Amazon Payment Products
Let Us Help You
EnglishChoose a language for shopping. United StatesChoose a country/region for shopping.
© 1996-2021, Amazon.com, Inc. or its affiliates