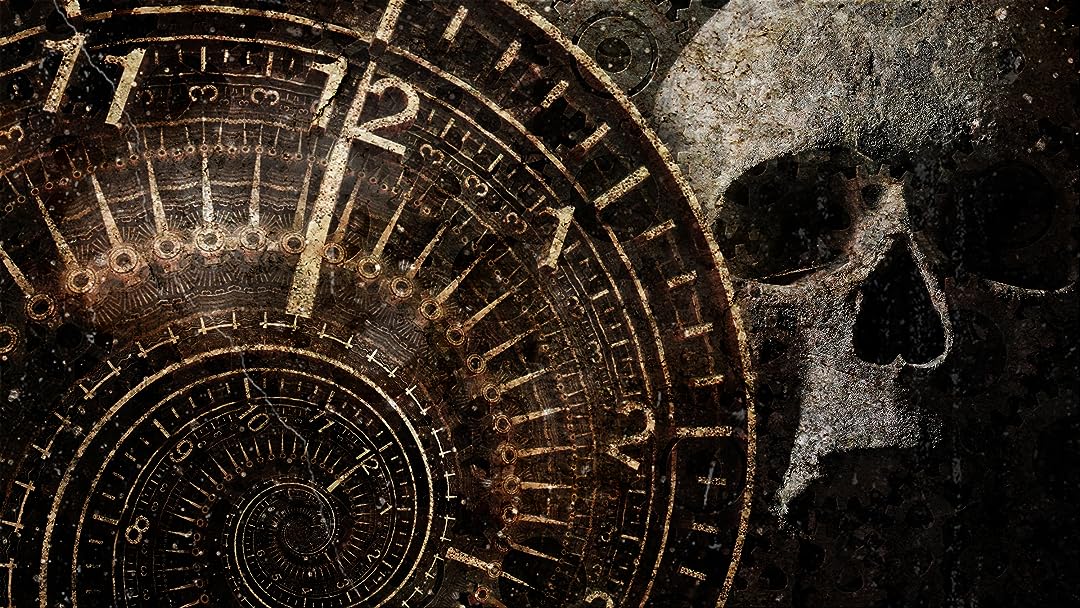 (21)
2004ALL
Tony Robinson and the Time Team are back for their 11th series of archaeology digs. Archaeology isn't just about digging up the mysterious remains of the long dead. It can reveal how we used to live in amazing detail. In this season, the team faces many mysteries, including unidentifiable buildings, stone structures hidden underwater, and an Roman Fort that no one can seem to find.

HutsonReviewed in the United States on August 5, 2022
5.0 out of 5 stars
Best time team. Absolute chemistry
A big bowl of knowledge and entertainment

BuddyReviewed in the United States on January 14, 2022
5.0 out of 5 stars
Awesome Show
If others giving this show a poor review knew anything about the show they'd know that 3 days works well for discovering what they need to know. And as for using a 'power shovel' (someone who obviously doesn't know to call it a backhoe) they do that to get through the topsoil and down to the archeology. Also, IMDB has commercials. Time Team originally aired on Channel 4 in the UK, which is commercial TV, and they had commercials. Those whining about this are either too young or too spoiled (or both) to remember TV with tons of commercials. Gave me time to go pee, frankly. And they complain about a show that is FREE with you're Prime Membership. Did you catch that? FREE! Watch the show and enjoy. And pee during the commercials.

Mike ChristieReviewed in the United States on July 26, 2021
4.0 out of 5 stars
Has ads even if you pay for it
The show is great and I strongly recommend it but I can't give it five stars because of the way Amazon sell it. It's free if you watch it with ads, which I didn't want, so I paid $1.99 for the first episode -- and the ads showed up anyway.

If you love archaeology this is a terrific series, but if like me you hate watching ads, find another way to watch it.

Brian T. ApplegateReviewed in the United States on August 28, 2021
3.0 out of 5 stars
Entertaining
By the later seasons they'd given up doing hard, critical work and just provided a bit of entertainment. In early seasons they'd often argue over what could be inferred given the limited information they'd gotten in a very short dig. Still, I enjoyed the locations and the history if not the archeology.

Jeffrey W AltierReviewed in the United States on February 15, 2021
5.0 out of 5 stars
Great find if you take the time
Full disclosure--my daughter is an archaeologist, so I'm a bit prejudiced in liking the show. The conceit is simple, they have three days to dig at a site. This is good and bad. They are often hindered by the constraints of time, but it is also very factual in that many digs are small time affairs that are limited with resources and funding. It also makes for a more suspenseful episode. It IS television, after all. Tony Robinson is the engaging everyman host of the show. The archaeologists are all legit and experts in their fields. Papers have been published with some of their finds. These are real people, not prettied up celebs chosen simply because they look good. Watch especially for the field workers who get little or no real screen time. They do the grunt work, but often make the real finds. And watch for the little things that show you what this field is really like. Notice nobody enters a site without the express permission of the main leader of that pit/dig. That is to prevent accidently stepping on something that may not be visible or is actively being worked. And notice how the give and take is done with respect for the specialty of the person involved. Despite being for television, this is a real down and dirty dig. I flew through two entire seasons in a weekend. Fortunately, there are some 20 seasons and various specials.
One person found this helpful

Paige CunninghamReviewed in the United States on October 7, 2020
4.0 out of 5 stars
Some wrong episode titles/order
Excellent series, but some of the actual episodes are out of order and thus have the wrong titles. For instance, in season 11 the episode currently listed as episode 9 King Cnut's Manor is actually episode 13 "Brimming with Remains". This problem occurs sporadically across multiple seasons.
One person found this helpful

Sam is mad.Reviewed in the United States on November 24, 2019
5.0 out of 5 stars
Best archaeology show ever created.
This is, far and away, one of my favorite series ever. I ran into it completely by accident on another site and have watched every season all the way through a dozen times. The personalities are great. Robin Bush (RIP) and the theatrical readings of old texts. Phil's goofy yet cranky approach to digs. Mick's (RIP) sweaters! And let's not forget about Victor's amazing art and Tony's all out love for history. It's all here. Even the later seasons which get a lot of guff are better than any other show out there like this. I can't recommend this show enough.

Now we just need to figure out why 6+ seasons are missing on Amazon.
17 people found this helpful

kt1Reviewed in the United States on August 19, 2021
1.0 out of 5 stars
Ruined by IMDB...
This is a GREAT series, which has unfortunately been ruined by IMDB hijacking it and saturating it with commercials.

Will never watch it again. Nor any other IMDB-owned program. Ever.
See all reviews
Back to top
Get to Know Us
Make Money with Us
Amazon Payment Products
Let Us Help You
EnglishChoose a language for shopping. United StatesChoose a country/region for shopping.
© 1996-2022, Amazon.com, Inc. or its affiliates