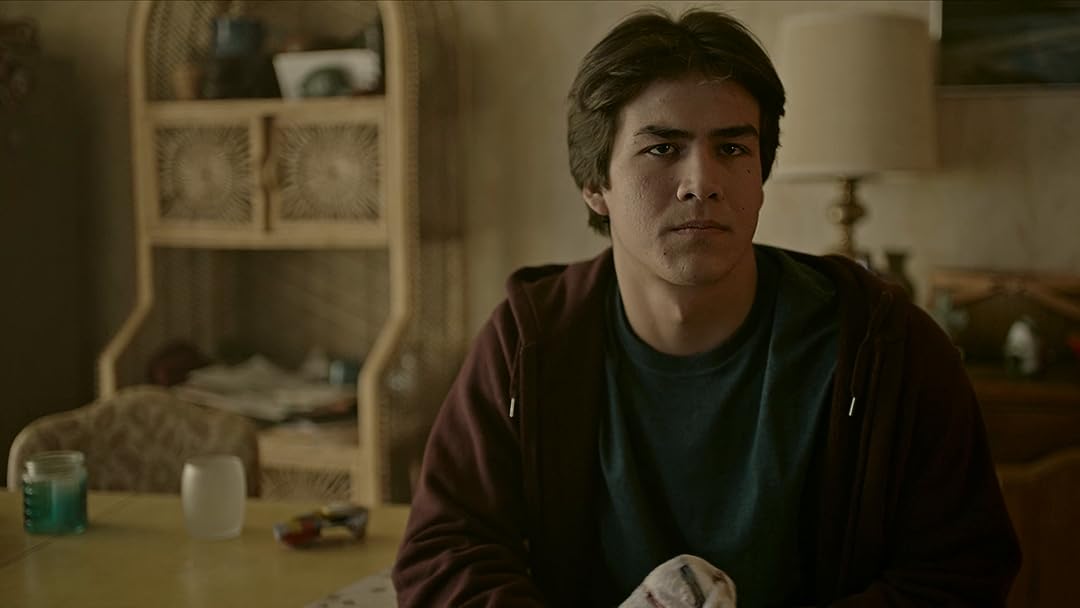 Season 1
(28)
2020TV-14
Teenaged Jared starts seeing strange things and is drawn into a mythological world of spirits, ancient magic, and deadly rites of passage, in this supernatural mystery.

Martin ShackelfordReviewed in the United States on May 15, 2021
1.0 out of 5 stars
Misrepresented
Verified purchase
The dvd was unplayable on U.S. players, but the online information didn't specify that, didn't give the region, etc. The one-star rating is misleading--they don't allow less than one.
One person found this helpful

Todd M.Reviewed in the United States on June 17, 2021
4.0 out of 5 stars
Yet another surprise series cancellation.
The good news is it gets better as it moves along. The bad news is that they had a green light for a second season that was canceled so this has little to no closure on any of the story arcs. That’s a shame, because it was getting better and having both a Trickster, some witches and a few ancients in the mix kept it moving along nicely… though the first episode was pretty slow. To say there are some dysfunctional families and substance abuse would be understating the family life for most of the characters. Now I have to check the books to see where it was headed. It was a pretty good supernatural fantasy show that held our interest.
4 people found this helpful

Amy LaRussoReviewed in the United States on June 27, 2021
5.0 out of 5 stars
Worth a watch
This was a great series. Really liked that they used Native American lore. Need more movies and series like this!
5 people found this helpful

James N SimpsonReviewed in the United States on April 18, 2021
4.0 out of 5 stars
A Teen is Forced to be the Breadwinner For Deadbeat Parents in a True Blood Type Town
Trickster is set in rural Canada with a small town indigenous teen as the main character. His mother is a deadbeat parent, and his father who has divorced her is even more of one. He's the breadwinner for both with a job at a chicken fast food place where he also sells his extra salty fries to fellow students and townsfolk. But his mother owes a drug dealer $3000 and a weird crow keeps annoying him. He did just receive a blow to the head with a fry pan, and his brain might also be affected by drugs as a guy who transforms from the crow tells him he's really his dad.

The six episodes are watchable, but there's plenty of these sorts of True Blood type TV shows out there, and they are well a bit more interesting.

BrandonReviewed in the United States on July 7, 2021
3.0 out of 5 stars
Horrific horrible excuses of parents who do not deserve the kind of kid they have
The title og this show should be,"Smart high school kid with complete deadbeat loser druggie alcoholic parents." Its a shame to see him having to take care of both his parents financially which he cant do on a fast food worker's pay so he has to supplement his income by manufacturing and distributing drugs, Molly it seems to just be that he sells. Unfortunately this is more common in America and Canada than most people believe or choose to ignore. It just goes to show that poverty stricken and low incomes start to feed the cyclical beast of an existence that ends up with the dealers being in and out of jail and adding to recidivism. Archaic drug laws need to be changed.
One person found this helpful

MyraReviewed in the United States on November 27, 2021
5.0 out of 5 stars
Trickster
Trickster was an enjoyable short series, and I would like another season, but IMDb states it will not be.

It's great to see an indigenous show that displays spiritualism and folklore—a fascinating perspective with a well-selected cast. Candian Joel Oulette is a handsome newcomer, along with the lovely Anna Lambe. I love her eyeshadow. Was I the only one? And Kalani Queypo. It's the eyes for me! Crystal Lightning played protective mom quite well.

The thing is, now I wonder what plans Jared has for those ashes.

Rebecca E. YorkReviewed in the United States on May 15, 2021
5.0 out of 5 stars
Great show, give it a watch.
Damn good show.
2 people found this helpful

B. CollierReviewed in the United States on August 14, 2021
5.0 out of 5 stars
pretty superlative
solid casting, sound design, scoring, plot and character development. real damn shame they didn't renew this show for season 2.
One person found this helpful
See all reviews
Back to top
Get to Know Us
Make Money with Us
Amazon Payment Products
Let Us Help You
EnglishChoose a language for shopping. United StatesChoose a country/region for shopping.
© 1996-2021, Amazon.com, Inc. or its affiliates