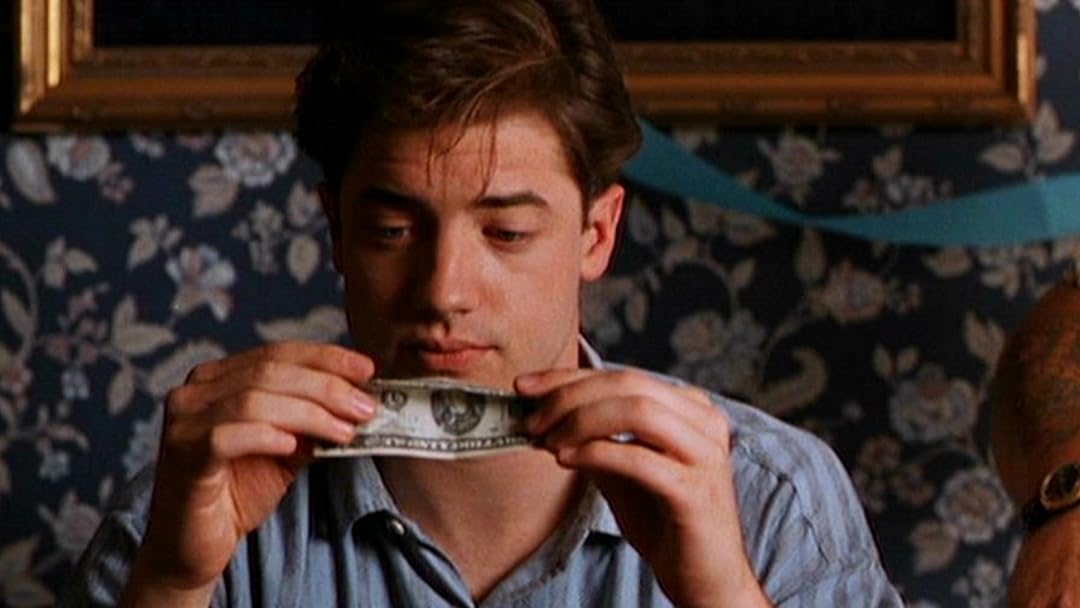 (114)
1 h 31 min1993R
This multi-character comedy follows the path of a single twenty dollar bill in a city neighborhood,focusing on various holders and their intertwining stories, including two convenience store robbers, an estranged father and daughter and a young newlywed couple. Featuring performances by Elisabeth Shue, Christopher Lloyd, Linda Hunt and Spalding Gray.

Original Toe KneeReviewed in the United States on September 9, 2021
5.0 out of 5 stars
The Screenplay
Verified purchase
This movie, in itself is a mimicked version of the story it represents. A father wrote the story when he was younger, the son found the script in an attic and the father gave permission for him to develop it into a film,
50 years after it had been written. I admit, though I love this film and it is a "keeper" that could be viewed several times over a lifetime, there are parts of it I wold have refined differently, therefore I highly recommend this film to aspiring filmmakers; it will get your wheels s turning and I am sure somebody out there will want to revise/alter the theme of this film and make a unique story "all their own" for current times. Write a different End, for example.... change the central concept, here is what I am saying; we are all living in an illusion of disconnected life.... but in reality we are all connected.

Film buffs will find "early on the scene" actors all throughout this movie, folks who became very well known for individual stylizations and characters. Most are still living... seems odd to see many of them "just kids" all together here in this movie... just sayin'...it's a sort of commentary on our times TOO... We are living through this, whatever it is, we are all in it.

Amazon CustomerReviewed in the United States on October 3, 2021
5.0 out of 5 stars
What a nice movie
Verified purchase
I been watching older movies that Amazon suggests lately, especially when the cast is up and comings that are big names today. I loved this. All walks of life coming together. Definitely has a Pulp Fiction feel (that came out one year later). Great for the nostalgia of actors when they were young, great for the story. Very creative.
2 people found this helpful

RobNHoodReviewed in the United States on December 4, 2021
1.0 out of 5 stars
Should have won the Golden Raspberry awards.
Verified purchase
This movie should have won the the Golden Raspberry awards for worst movie. Even very bad movies I can at least watch all the way if there was at least one shred of redeeming quality. I could not even get past 15 minutes of this movie. It was THAT bad. Sad, because I do like all the actors in it. Someone must have had a lot of dirt on these actors to blackmail them into doing this movie. You could tell that none of them were even motivated as they just phoned in their so called roles.
One person found this helpful

Richard CephalReviewed in the United States on October 16, 2020
1.0 out of 5 stars
Meh
Verified purchase
Many solid actors in their young careers in this but that's about the only redeeming thing about this. The story lines are all pretty lame.
The Bachelor Party segment is more a story of luck as the Bachelor dodges a bullet when things turn out the way they do concerning his bride to be. Not only does he get an upgrade with Elizabeth Shue, but saved himself from a lifetime of being shackled to her Daddy's backwoods idealisms and her failed sense of judgement and logic and reason. What a self righteous stank she is.
2 people found this helpful

Susi JohnstonReviewed in the United States on July 30, 2021
2.0 out of 5 stars
Two Stars: Spalding Grey and Steve Buscemi
Verified purchase
My headline should say it all. The premise of this film is one that's been done, done over, and overdone. And it's way overdone in this instance, too in-your-face to allow the film enough breathing room to live. It's doesn't live, it's basically DOA. And it hasn't aged well at all. But it has two stars. Spalding Grey and Steve Buscemi. Worth watching just for those two stars. You can fast-forward through the rest. Cheers!
2 people found this helpful

Phillip from SLCReviewed in the United States on April 5, 2020
5.0 out of 5 stars
A great movie!
Verified purchase
I liked this movie the first time that I saw it. Great character study as the twenty dollar bill travels from person to person. No CGI or other fancy special effects... just a great "people" movie.
5 people found this helpful

kmeyerReviewed in the United States on September 4, 2020
4.0 out of 5 stars
A lot of good actors early in their careers
Verified purchase
Watched this movie on a whim. It had a good story line and there were some good suprises with actors from early in their careers. A worthwhile watch
5 people found this helpful

Tina TranReviewed in the United States on February 23, 2021
4.0 out of 5 stars
We really enjoyed this movie
Verified purchase
It’s an old movie but we just now watched it. Loved the story and all-star cast.
3 people found this helpful
See all reviews
Back to top
Get to Know Us
Make Money with Us
Amazon Payment Products
Let Us Help You
EnglishChoose a language for shopping. United StatesChoose a country/region for shopping.
© 1996-2022, Amazon.com, Inc. or its affiliates