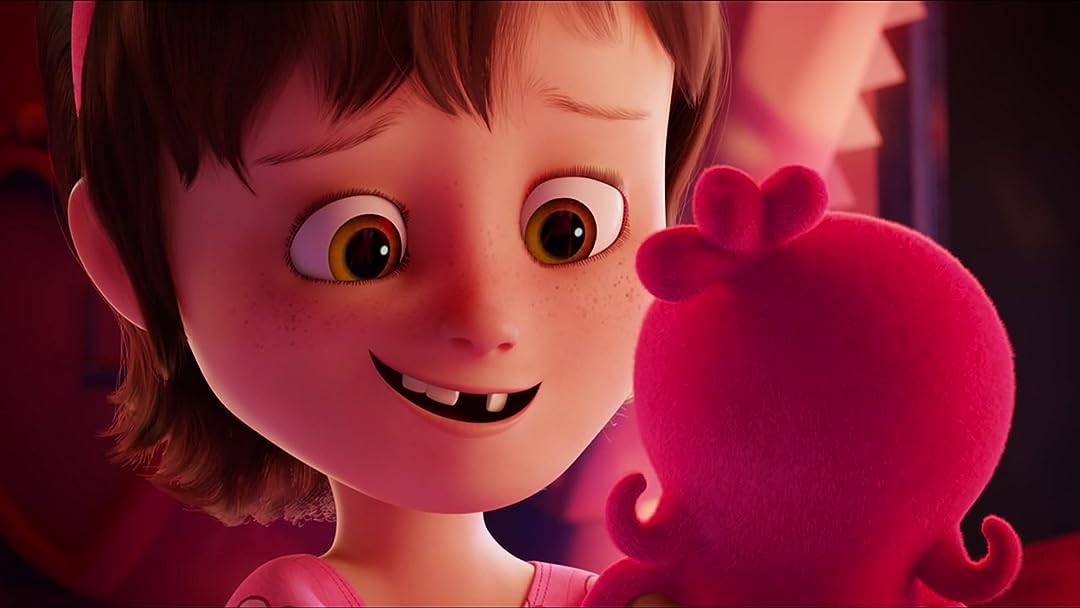 (14,393)
5.01 h 27 min2019X-RayHDRUHDPG
An animated adventure in which the free-spirited UglyDolls confront what it means to be different, struggle with a desire to be loved, and ultimately discover who you truly are is what matters most.

JacktiredReviewed in the United States on July 31, 2019
1.0 out of 5 stars
Can only redeem through iTunes. Doesn't show up on Prime after bought. UPC isn't recognized.
Verified purchase
First off: I don't know what its like.
Second: Apparently I can only redeem it through iTunes. I don't have iTunes, iPhone, iPad or anything related to them. So I download iTunes to redeem it. Now apparently I can only watch it on iTunes or iWhatever. I can't even watch it on prime video witch sucks because I bought it from Amazon. I use VUDU, Movies Anywhere and Prime Video to watch all of the digital content I own. iTunes doesn't let me watch it on any of those. I'm not going to install iTunes on everything, which I can't anyway, just to watch this one movie. I tried redeeming it on VUDU and Movies Anywhere but it says there's somethignwrong with the code. That was before having to install iTunes just to redeem it. I thought since I bought it on Amazon it wouldbein my list of movies on PrimeBideo. No such deal!!! I like watching movies on my big screen TV,which I can with those other apps. But not iTunes. I do not and will not invest any money into Apple items. So I guess I wasted my money to by this movie on Blu Ray and digital. I could of waited for the price to drop and just bought it on Blu Ray instead of pre-ordering it. I tried scanning the bar code and it tells me, like quite a fewmovies I thought off of Amazon, but it doesn't recognize the UPC. What's up with that? Illegal copies made by some off the wall company? I'm just gonna have to start buying my movies elsewhere, where I haven't run into that problem, from now on. Amazon really should make sure they don't deal with shady companies.

Edit - Amazon was nice enough to put it in my digital list of movies on Prime. At least I can watch it on Prime Video now on all my devices, even my big screen TV. I don't have to mess with iTunes and that makes me very happy. So I'll bump my rating to two instead of one. Looking forward to watching this movie.

Kent M.Reviewed in the United States on August 4, 2019
1.0 out of 5 stars
Digital version is iTunes ONLY - Movie itself is funny
Verified purchase
Another movie that the digital version is for iTunes only. Manufacturers need to be clear on their packaging what format the digital movie is provided in. This is the second Universal title I have gotten now that is iTunes only. I will no longer purchase any Universal titles as the disc + digital. Not everyone uses iTunes, and even though iTunes integrates and syncs with Movies Anywhere, this title does NOT sync to MA. Very disappointing as my kids really wanted to watch this movie on their Android tablets while in the car.
25 people found this helpful

MichelleReviewed in the United States on July 25, 2019
5.0 out of 5 stars
Great movie with a great message. 4 kids approve!
Verified purchase
Great movie with a great message. This movie’s message is that your flaws make you you, that you should not let others negative opinions define who you are and that you should be happy with what you see when you look in the mirror. It’s a great message. My children ages 11, 9 and 6 (boys and girls) all love this movie. My 5mo old will even watch it for a while because of the bright colors and music. The music is great. The lyrics are well written, the songs are catchy and positive and the vocals are great. As a parent, I am happy that my children are watching a movie with such a positive message. (My kids said that they like it better than Trolls).
20 people found this helpful

A. BernardReviewed in the United States on August 8, 2019
2.0 out of 5 stars
Good intentions, poor execution. Disappointed.
Verified purchase
Bright colors and cute characters that my toddler loved but luckily she doesnt understand a lot of it. I'm definatly not a prude momma as far as language and what not and I understand the message but for a kid movie it was a little too harsh at times with words I dont want my kid to learn. (Esp. the ugly song) I am not one to throw the bully word around but with what is happenening with kids these days I am actually surprised anybody really thought it was a good idea.
15 people found this helpful

BmomReviewed in the United States on August 18, 2019
4.0 out of 5 stars
Digital is only on itunes
Verified purchase
We love this movie! My kids watch this often! I deducted one star, because the digital is only for iTunes. I thought, ok not a big deal, but it will not link to any other digital movie watching app, so my kids cant watch it on the tv, without using a disc. This is a problem for me. If I let my kids have tablets with iTunes, or iphones, then it might not be an issue, but you cant download iTunes on a roku and I'm not buying an apple tv. This is a really great movie, but if you're buying it for the digital, just be forewarned.
12 people found this helpful

CynthiaReviewed in the United States on July 23, 2019
5.0 out of 5 stars
Great Family Movie!
Verified purchase
Didn’t expect this The story line is really good the message to kids is awesome and for us parents the actors/comedian making the voices like Wanda Sykes, Iglesias(fluffy), K.Clarkson I’m sold, another thing that surprised my family are all the good Songs. We feel bad we didn’t go see it in theaters, we bought movie to help support cause of great message for kids!
15 people found this helpful

DivingbumsReviewed in the United States on August 9, 2019
1.0 out of 5 stars
NO DIGITAL only on Stupid I-tunes
Verified purchase
Extremely disappointing :( the digital movie is only available on i-tunes. So wasted my money for that. I wish I would have seen the reviews for the digital only on itunes!!! UGH! I can link my i-tunes to vudu and movies anywhere. I-tunes gladly accepted the 88+ movies but has blocked VUDU or AMAZON PRIME or Movies Anywhere... basically all streaming services. There is a reason I don't purchase APPLE products and this just cements the deal.
8 people found this helpful
See all reviews
Back to top
Get to Know Us
Make Money with Us
Amazon Payment Products
Let Us Help You
EnglishChoose a language for shopping. United StatesChoose a country/region for shopping.
© 1996-2022, Amazon.com, Inc. or its affiliates