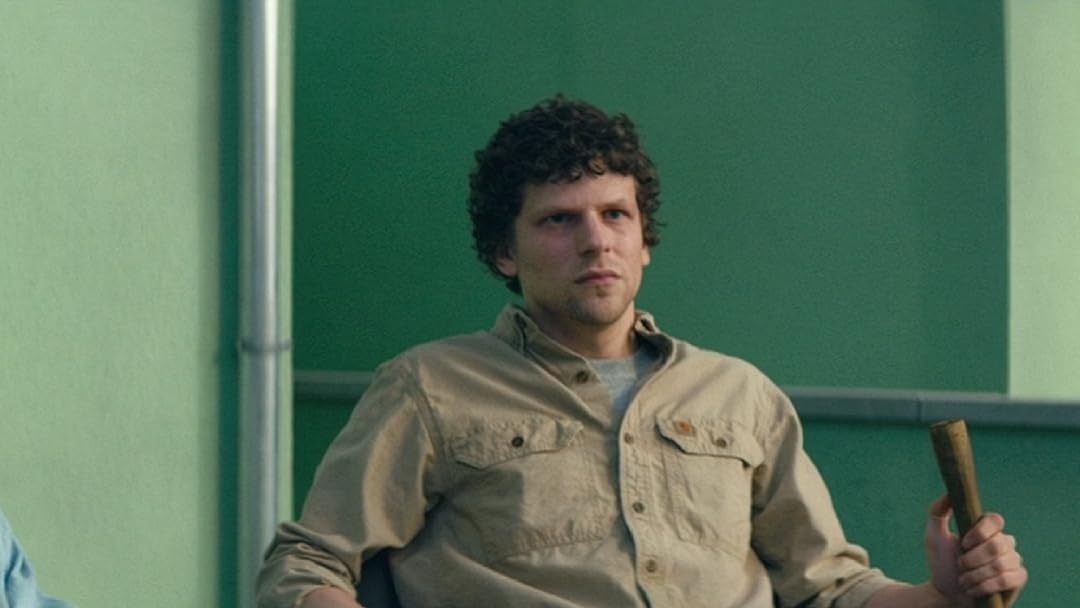 (11,203)5.81 h 38 min2020X-RayR
A couple's search for a dream home plunges them into a terrifying nightmare after they are trapped in a mysterious, labyrinth-like neighborhood of identical houses.

Just a manReviewed in the United States on March 30, 2020
1.0 out of 5 stars
Wish I could give zero stars!
Verified purchase
It would of been better if it at least explained what was going on in the end, however it led to.....nothing. Maybe that's the point? If so I am going to make a sequel to this and it will just be a blank blue screen for 90 mins. This movie is equivalent of going to a super fancy art museum and seeing a pile of trash as the exhibit and you are like, "What the heck is this? Its just trash!?" and some fancy person is like, "OMG this is ART!".
817 people found this helpful

DReviewed in the United States on July 14, 2020
1.0 out of 5 stars
Predictable and pretentious; just more banal anti-suburbs BS from snobbish, prejudiced hypocrites.
Verified purchase
I mostly gave this a chance despite the obvious trailer making the not so clever message clear because I like Imogen Poots, and because I'm an open minded guy, but this movie wasn't worth watching. You can guess the plot from the ominous foreshadowing of Gemma telling her student about the birds parasitically displacing the other birds from the nest, and how nature is sometimes brutal. OK so aliens are going to do that to humans. Got it. But maybe there's a twist or more to the story.

Nope. That's it. But the sci fi plot seems to play second fiddle to the heavy handed real message that the suburbs suck and its residents' lives don't matter. All the cliches are there. The alien prison realm the couple get trapped in has ridiculously identical houses. The "baby" they're given and told to raise deepens their imprisonment and diminishes their lives. The man's "job" of obsessively digging a hole in the front lawn in the vague hope it will lead somewhere just turns out, of course, to be his own grave, and that of others who came before him. Just like middle class American or British suburban men who spend decades slaving away at pointless jobs, neglecting their families, only to retire and die.

Because only Hollywood careers and maybe those of other "artists" matter, you see, not whatever those boring dudes in the rest of society spend their lives doing. The writer also apparently hates the nuclear family and can't imagine why anyone would get fulfillment out of raising kids.

Most of these idiots know little or nothing about the suburbs. In real life suburban houses have more individuality than urban apartments do. They're usually each a different shape. If you want monotony the aliens should have made them like New York City apartments, which look the same from the outside at least. The windows all alike. The doors all the same in the hallways, with only the numbers to tell them apart. Plus in the suburbs you own your own home instead of renting it from someone else.

There was no hint of spirituality or religion, btw, which probably unwittingly reflects the writer's own spiritual emptiness, the reason for his shallow worldview, his lack of human empathy or depth of understanding, and why he makes crap like this movie.

JustanotherbuyerReviewed in the United States on April 5, 2020
5.0 out of 5 stars
Black mirror style movie about the never ending daily grind
Verified purchase
Kind of like a Black Mirror episode.
If it makes no sense to you, you might wanna read about it and the parallels to real world.
We're all just digging our graves working for the Man alienated from the younger generation we do not understand, never happy with what we've got.
Love the Dr. Seuss's like neighborhood :D
223 people found this helpful

JoelReviewed in the United States on March 28, 2020
3.0 out of 5 stars
Interesting and Intriguing but Unfulfilling.
Verified purchase
I am constantly drawn to these weirdo movies like Under the Skin, Enemy, Under the Silver Lake, anything by Richard Kelly, and now Vivarium. Usually these movies are intriguing and have interesting premises, but the actual movies leave me cold. They are always missing something. The usual argument is that you need to dig deeper to truly get something out of it. However, I strongly believe that what is on the surface needs to be just as fulfilling as what is underneath.

Anyway, this was definitely an interesting movie that will leave people talking, but you should skip it if your weirdness threshold is low.
222 people found this helpful

Em S.Reviewed in the United States on March 28, 2020
2.0 out of 5 stars
Meh.
Verified purchase
It could have been good, but unfortunately it was anticlimactic. You could guess the ending pretty early on. I was hoping there’d be some explanation but it never came.

**spoilers* (kind of)
There was no explanation of why they were trapped or why they creatures did what they did. It would have been better to see someone “successfully” raise the child and escape or get close to it.
150 people found this helpful

Jonah B.Reviewed in the United States on April 25, 2020
2.0 out of 5 stars
Midiling hopes high disappointed
Verified purchase
I saw that it had a 3 star rating as of the time that I write this....but, I like Jessie and can tolerate Imogen....and the premise seemed at least semi-unique. there were some interesting things going on.....at first I thought it was a piece on how family life is a trap that always leaves people empty and needing more...then it seemed they weren't going for something as high concept as that and were just showing the dark side of typical suburban family life.....but, whatever it was, it didn't fully culminate into anything. it was one of those movies where in the last 15 minutes they barely touched on an world just underneath the surface that could've made the movie much better if they had started exploring those themes and concepts starting with the end of the first 1/3 of the movie.

I'm going to have to, unequivocally, give this movie a miss. I paid $7 for the rental and wish I hadn't. I'm pretty sure most people who are looking for something weird and different are going to feel the same way.
144 people found this helpful

iamblichusReviewed in the United States on April 15, 2020
5.0 out of 5 stars
Really Nicely Done Oddity
Verified purchase
Don't often feel moved to write a review and usually give everything five stars mainly because I admire anybody putting in the effort to write a book or make a film. This film really deserves five stars for excellence and a novel conception. It is a melange of a surreal fairy tale (sort of), dark fantasy (definitely), and existential horror (with no real gore, thank the gods). The whole film is carried almost exclusively by Poots and Eisenberg who are both first rate. A young couple go to look at a housing estate and then cannot get out. They are condemned to live there for the rest of their lives and raise an odd baby who develops into a creepy kid and than a freakish adult. The entire sequence of events appear to be part of an endless series of almost identical repetitions where perhaps some details change but not the overall arc of the progress of an innocent couple lead into ghastly meaninglessness. Shakespeare once said that "hell is empty and all the devils are here." Well at least a couple of them are in this housing development and they've brought more than a bit of hell along with them.
134 people found this helpful

Chris-n-KasReviewed in the United States on March 29, 2020
5.0 out of 5 stars
Terrifying
Verified purchase
This movie is an amazing depiction of everything that scares me to the core about moving to the suburbs and becoming an "adult".
132 people found this helpful
See all reviews
Back to top
Get to Know Us
Make Money with Us
Amazon Payment Products
Let Us Help You
EnglishChoose a language for shopping. United StatesChoose a country/region for shopping.
© 1996-2021, Amazon.com, Inc. or its affiliates