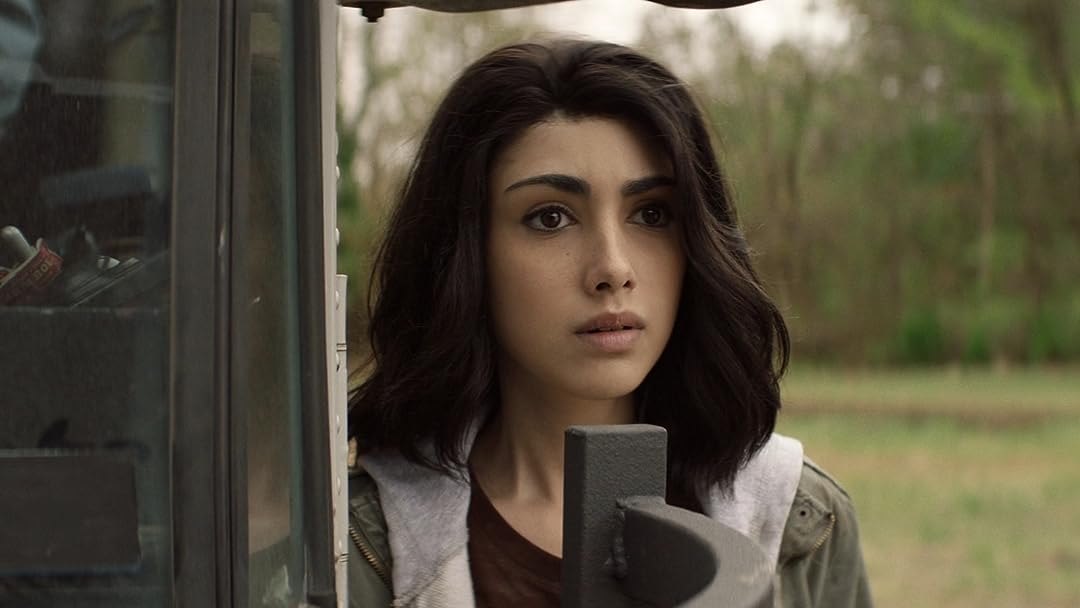 The Walking Dead: World Beyond

(515)
2020X-RayTV-MA
A group of teenagers living in a community sheltered from the dangers of the apocalypse receive a message that inspires them to leave the safety of the only home they have ever known and embark on a cross-country journey to save their father.

Battle Droid Model X-57Reviewed in the United States on October 5, 2020
1.0 out of 5 stars
An absolute atrocity.
Have you ever wondered what it would be like to watch teenagers find themselves during a zombie apocalypse? Neither did anyone else. But here we are anyway. Watching this episode was the equivalent of injecting window washer into my cornea. The characters. Trash. The setting. Trash. The story. Trash. The acting. Trash. The music. Trash. I regret that I waisted 45 minutes of my time watching this instead of jumping naked into a dumpster that has been overflowing with hot garbage since the early 80's. It is like a group of people got together and formulated a plan to make quite possibly the worst episode of TV to hit the air waves in the last ten years or more. I cannot overstate how terrible this fuming pile of horse droppings really is. Now there may be some people like this show, and that is fine if you do. But I am warning you, proceed with caution.
333 people found this helpful

Christopher W BlakeReviewed in the United States on October 4, 2020
1.0 out of 5 stars
Bland, Boring, and Woke-tastic
If this was the effort that they put into the premiere episode, it's only going to get worse from here. I honestly thought I was watching the CW for a minute there. The characters are bland, boring and were clearly cast for the purpose of representation ("Gotta catch 'em all"). The "story" seems to center on a family that consists of the "killed tragically parent" that will only be referenced in flashbacks for exposition, the "brilliant scientist/leader/soldier/doctor/fill-in the blank" parent (because they can't ever just be ordinary), and finally, the two daughters who are always the "smartest, bestest, most specialest, good at everything-est", unflawed, morally superior beings. Now, they write them as being polar opposites, but eventually you see them morph into essentially the same character. Anyway, the father has been traded to a mysterious group of evil baddies (you can tell because they're literally dressed in all black), for the purposes of helping them out, and cementing the "Alliance of The Three". Of course, "baddies gonna bad", so now the daughters have to take off and rescue daddy. So they party up with two guys (super betas of course) in true Lord of the Rings fashion, and set off to save the day (Hooray!).

TLDR: It's basically a giant "representation-fest" with little to no story, zero background or build-up, no "hero's journey" earned abilities, standard issue (for 2020) PC characters that tick all the boxes, show. All appearance; no substance.

M. A McLaughlin McFarlandReviewed in the United States on October 6, 2020
1.0 out of 5 stars
Went looking for worldbuilding, and found... ???
I was really hoping this show would expand the world of the Walking Dead, but instead it's just more of the same, with poorer writing and acting. The quality feels more on par with the web shorts than with TWD and FTWD. Maybe it will find its stride, but both TWD and FTWD drew me in right away, while this made me feel like I was watching a Disney tweeny movie with zombies.
126 people found this helpful

Michael Duke Reviewed in the United States on October 4, 2020
2.0 out of 5 stars
I found myself waiting for the episode to end..
They played a "sizzle reel" on a Facebook ad for AMC+ featuring this show, It worked! I ordered AMC+immediately and started watching. It's a teenage drama with sprinklings of zombies and some totalitarianism dystopia here and there, but it wasn't good. It didn't capture my attention or keep it like the beginnings of FEAR of TWD, or the original show. This is a really sad start to what could have been a stellar new series. Sooooo many missed opportunities in this episode.
87 people found this helpful

Jeanne AdkinsReviewed in the United States on October 6, 2020
1.0 out of 5 stars
52:24 of my life I’ll never get back
Yikes. It really baffles me that someone got paid an obscene amount of money to produce this. Of all the spinoffs you could have created.... you gave us this? It’s a teenage zombie drama at best. Super disappointed in the franchise. Out of all the things you could have created... you gave us teenage subpar Actors and throw away characters. TWD and FOTWD were much better concerning quality character depth and storyline. Sigh.
86 people found this helpful

Amazon CustomerReviewed in the United States on October 7, 2020
1.0 out of 5 stars
bit cringe.
Cringey from the start. please tell me this isnt the actual cast your going with. this looks like a show from the CW. i expect a little more from the people that brought me breaking bad and Madmen. do better.
88 people found this helpful

Billie FredrickReviewed in the United States on October 4, 2020
5.0 out of 5 stars
It wont be for every TWD fan.... but has promise
I remember seeing the "new show about zombies" back in 2010, I was sucked right into it and how could you not be? The show had great actors, a fast paced script and awesome special effects... then came "Fear the Walking Dead" for me it started off too slow and the story and actors just didn't land like TWD, but the more I watched the more I loved it. Now there is yet another offshoot, honestly I am not fond of the actors and some of the character nuances are almost comical ( with out trying to be) But I realize that you cannot make three versions of the original and have them all hit the same for all people, if you love this post apocalyptic world you will know what I mean... different is good, but the underlying point of the story is the same: ( check this out ) The real monsters in this world are not the ones that reanimate when a person dies, the real monsters are what people become while they are still alive..... so this version of the world will land better with younger folks who did not experience TWD in 2010, this will be their TWD with younger characters in a different area of the country and different challenges, I'm down to see it through... even if you don't love it now, I bet in a few episodes you will be hooked like I will be.
66 people found this helpful

Kindle CustomerReviewed in the United States on October 3, 2020
2.0 out of 5 stars
Why make the walking dead...but worse?
They basically took the melodrama of a high school soap opera and put some zombies in the background...it takes away all the suspense, tension and intrigue of the original show when you have emotional teens at the core of the action doing silly emotional teenager things. If they wanted to keep cashing in on TWD franchise, go the villains perspective this time. Who wants to see a bunch of poorly acted kids in such a dark setting.
71 people found this helpful
See all reviews
Back to top
Get to Know Us
Make Money with Us
Amazon Payment Products
Let Us Help You
EnglishChoose a language for shopping. United StatesChoose a country/region for shopping.
© 1996-2021, Amazon.com, Inc. or its affiliates