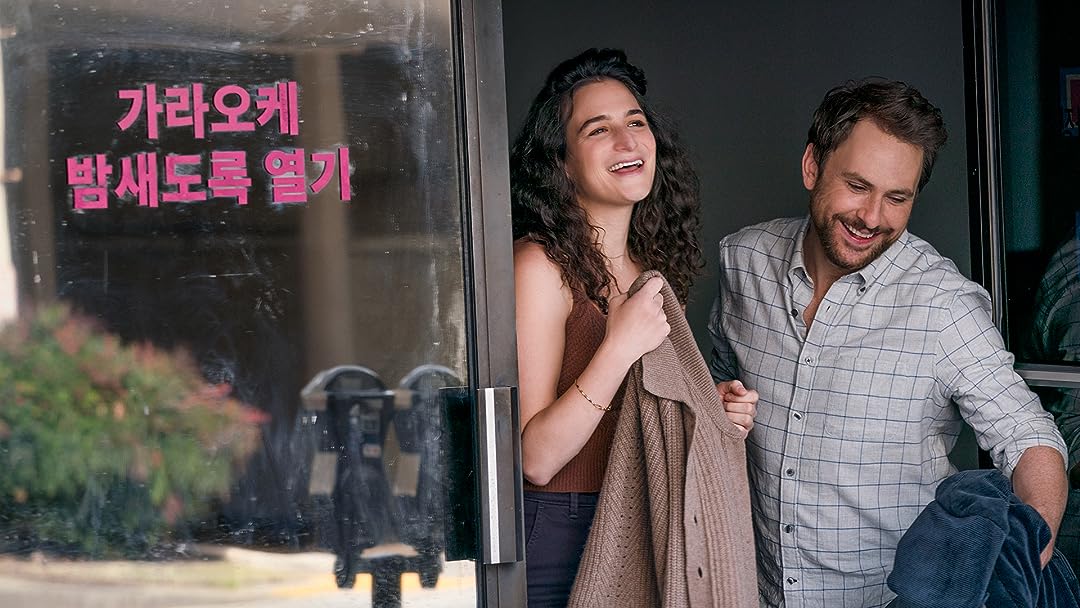 (769)
6.61 h 57 min2021X-RayHDRUHDR
Peter (Charlie Day) and Emma (Jenny Slate) thought they were on the precipice of life’s biggest moments – marriage, kids, and houses in the suburbs – until their respective partners dumped them. Horrified to learn that the loves of their lives have already moved on, Peter and Emma hatch a hilarious plan to win back their exes with unexpected results.

Robert WaterburyReviewed in the United States on February 14, 2022
1.0 out of 5 stars
Gutter woke humor ruined it
Verified purchase
I really like Charlie day and his characters, so I went into this movie ready for some laughs.

It started out ok, and I was just getting into the plot when the 'woke' humor kicked in. a 12 year old boy talking about his "gay dads" and "suc@ing each other off". Yeah, that's actually in the movie.

I stopped the movie right there and haven't gone back. I don't mind some gutter humor, as I found Andrew Dice Clay hilarious in the 1990's. But a kid talking about his 3 gay dads and sexual activities is where I draw the line.

Banyon G.Reviewed in the United States on February 11, 2022
2.0 out of 5 stars
Starts Off Okay and Then Goes Off The Rails.....
Verified purchase
I made it through an hour of this movie and when I saw there was 54 minutes left, I had to stop because I couldn't watch any longer. "I Want You Back" starts off as a basic rom com (one we've seen many times before, done way better) and eventually takes on elements of a crude comedy like Hot Tub Time Machine. I'm sure this one will get some bad reviews. It's a shame because I liked some of the characters and some of the dialog and scenes are quite funny. And some of the acting (particularly by Jenny Slate and Charlie Day) is quite good.

The plot is one dimensional. A man and a woman are dumped by their respective paramours, and spend the rest of the movie hatching a weird plot to get them back. In the process, they recover things about themselves that they left behind.

The movie starts off well but doesn't maintain a steady momentum and just when it seems to settle into some good scenes and writing, it then blindsides you with some truly cringe-worthy scenes and situations. There's some offensive language at times (mostly from a 12-year-old which makes it creepier), at least one sex scene that I know of (off camera but loud). And there is some Woke crap, but not as much as is typical in an Amazon movie.

On the positive side, Jenny Slate is very charming and has great comic timing - she reminds me of a younger Kyra Sedgwick. And it's also always great to see Gina Rodriguez (another one of the main characters), even if her character feels so thinly written.

Overall, it's silly fluff and rather crude at times, and there's not enough good here for me to keep going to the end. I got a few laughs out of what I saw so far and that's what I needed right now when the state of our country is so depressing. But I also know when I've had enough, and it's time to cut and run.
138 people found this helpful

BCReviewed in the United States on February 11, 2022
1.0 out of 5 stars
Really...don't waste your time.
Verified purchase
What happened to the days of "I Love you man" or "Forgetting Sarah Marshall", those were funny and engaging romantic comedies. This on the other hand, is a dumpster fire of trash. Unlikable characters, no set up and pay off, incredibly not funny, and wayyy too long. I was going to write a synopsis, but this movie already stole enough of my life. If you are super hard pressed between this movie and a good night sleep, opt for the latter.
103 people found this helpful

MyLove BarnettReviewed in the United States on February 11, 2022
4.0 out of 5 stars
Quirky and Cute
Verified purchase
Is it spectacular? No. Is it laugh your butt off hilarious? Also no. Slightly formulaic? Yep. But the main cast is great, it's funny, interesting, and you develop an emotional investment in how their story turns out, and that's what you want in a Rom-Com. I personally appreciate that the main cast are NOT what you'd automatically think of as any movie's main love interest, and they just seem like regular people going through some things.
69 people found this helpful

GardenbunReviewed in the United States on February 11, 2022
5.0 out of 5 stars
What a sweet surprise!
Verified purchase
The storyline/writing of this romantic 'dramady' was tight, moved along at a perfect clip, and the acting by all parties was superb! Everyone had wonderful chemistry and it made for a delightful movie experience. The lack of cheesy dialogue and over-done formulaic endings makes this a refreshing take on the typical rom-com. Jenny Slate really shines with her acting style and the supporting cast will make this a rom-com staple!
65 people found this helpful

Nonya BReviewed in the United States on February 11, 2022
5.0 out of 5 stars
Really enjoyed it
Verified purchase
I rarely make it all the way through a movie.
This was good.
47 people found this helpful

the kimistReviewed in the United States on February 11, 2022
5.0 out of 5 stars
clever and real
Verified purchase
understated comedy cleverly real feeling. refreshing
46 people found this helpful

tracyReviewed in the United States on February 11, 2022
2.0 out of 5 stars
Slate is great but even she can't save this one
Verified purchase
Jenny Slate shines all the way around but Rodriguez performance was average and Charlie Day's performance ranged between boring to downright annoying. Somewhat cute movie but mostly disappointing. I made good use of the fast forward button.
44 people found this helpful
See all reviews
Back to top
Get to Know Us
Make Money with Us
Amazon Payment Products
Let Us Help You
EnglishChoose a language for shopping. United StatesChoose a country/region for shopping.
© 1996-2022, Amazon.com, Inc. or its affiliates