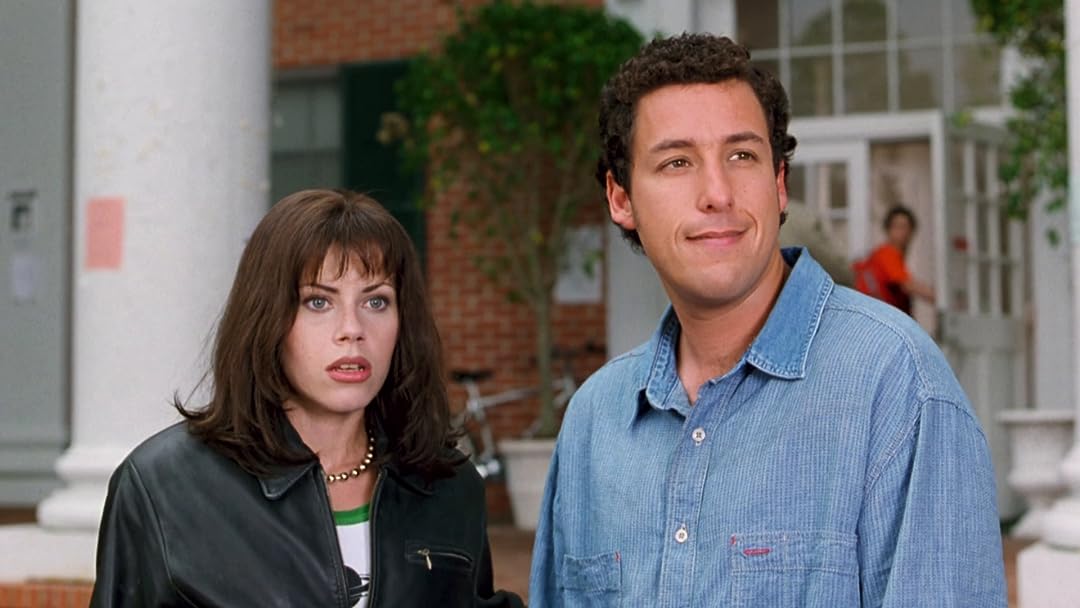 Money DoctorReviewed in the United States on December 6, 2021
1.0 out of 5 stars
Jerk becomes hero
Verified purchase
I can understand that some people like a movie where a pitiable underdog triumphs and finds career success, love and friendship. But Sandler's "Waterboy" character is simply absurd, or absurdly simple. He's "3 stooges" in one, without their silent charm. I give this movie "five cringes" but only 1/4 of one star.
14 people found this helpful

joel wingReviewed in the United States on December 4, 2021
2.0 out of 5 stars
It's like a Saturday Night Live skit turned into an entire movie
Verified purchase
Waterboy definitely has funny moments. For instance Adam Sandler rambles on about football at a kids camp put on by Lawrence Taylor which leads him to reply that the kids should never smoke crack. The problem is Adam Sandler uses one of his annoying character voices for the entire film. It was one that he developed during his time on Saturday Night Live. That’s the other drawback it’s like an SNL skit turned into an entire movie.
11 people found this helpful

K.F.Reviewed in the United States on December 27, 2021
4.0 out of 5 stars
Skeptical but won over
Verified purchase
What makes this movie enduring are the flourishes-- the snake for dinner, the mini alligators as barbecue, the baby-puppy-evil faces superimposed on the enemy when a character needs to overcome an obstacle. The flashbacks, Kathy Bates and Henry Winkler give it a boost of credibility. I've always been lukewarm about Adam Sandler, but I can see the appeal of this movie and it gives him some added depth. Predictable in the outcome, but a lot of fun getting there.
5 people found this helpful

Scott MartinReviewed in the United States on February 15, 2022
4.0 out of 5 stars
A blast from my childhood
Verified purchase
I remember a time where you couldn't throw a moderately sized rock without hitting a billboard for an Adam Sandler movie. He was quite literally everywhere. Now I'm not complaining about it, but he had way more misses than he had hits. This was one of his better hits.

Sure, it's campy as all hell, the characters are over the top (Especially Cathy Bates character but damn if she doesn't make it awesome), and they finale was super predictable, but it's entertaining. Honestly, that's what matters in movies. So long as you can watch it and not get bored it's a good movie.

I do have one gripe. Who wrote the trivias for this video? Have they never watched football before? One of the notes is that "at the end, when Bobby's team scores to win the game, they still would have had to go for the 1 or 2-point conversion, so the game's score should have been 31-27 or 32-27." No they wouldn't have. The clock had already run out, meaning that was the very last play of the game, and seeing as they ended 3 points ahead, there was no point to going for more.

I hate when idiots write trivia.

GhostReviewed in the United States on November 8, 2021
3.0 out of 5 stars
So ridiculous that it becomes funny
Verified purchase
If there’s one thing Adam Sandler knows how to do well, it’s act like an imbecile. This movie was so ridiculous that if you give it a couple of minutes, you will find yourself laughing at some of it. Adult beverages help induce the laughter. BTW, is it just me, or is there something sexy about Fairuza Balk?
4 people found this helpful

Lisa MReviewed in the United States on February 4, 2022
5.0 out of 5 stars
"It's the devil"
Verified purchase
Foosball
School
Ben Franklin
Vicki Vallencourt, for sure

Commonality? All "the devil"

Do you like Adam Sandler? Then you've probably seen this and loved it. Spent a couple decades under a rock?.. Watch it. You'll love it.

Spoiler alert (like 20yrs later)... he gets to do way more than serve water! They let this guy PLAY 😲

Not a fan of Sandler?... with your dry, lame, "not immature " sense of humor? Didnt like, or waste your time watching "Happy Gilmore" etc...You'll hate this movie. Don't waste your time. You could be in your comfort zone...frowning alone in a room somewhere. Definitely do that instead.

The Waterboy is the devil.
2 people found this helpful

KeithReviewed in the United States on September 4, 2020
5.0 out of 5 stars
Good funny older movie
Verified purchase
I already had this movie, but for only $5 on Blu-ray I decided to buy it anyway, it is a good older movie that everyone should see at least once! I recommend it to everyone, that has not seen it yet or upgrade to Blu-ray if you can still get it on the cheep ($5)
5 people found this helpful

Mario SartoReviewed in the United States on January 20, 2019
5.0 out of 5 stars
Gaterade, no H’2O.
Verified purchase
Adam saddler was really good in this classic film along with Kathy bates and Henry wrinkler aka ‘fonze ‘ from happy days, what a warm heart film and with American football of course it just shows how a team cares about one character in this film and they come together as a team the mud dogs who against the other team who defy and intimidate anyone or person who stand in their way of winning. It’s a movie I know but in real life this is how a team and family and community should come together. Enjoy cheers.
4 people found this helpful
See all reviews
Back to top
Get to Know Us
Make Money with Us
Amazon Payment Products
Let Us Help You
EnglishChoose a language for shopping. United StatesChoose a country/region for shopping.
© 1996-2022, Amazon.com, Inc. or its affiliates