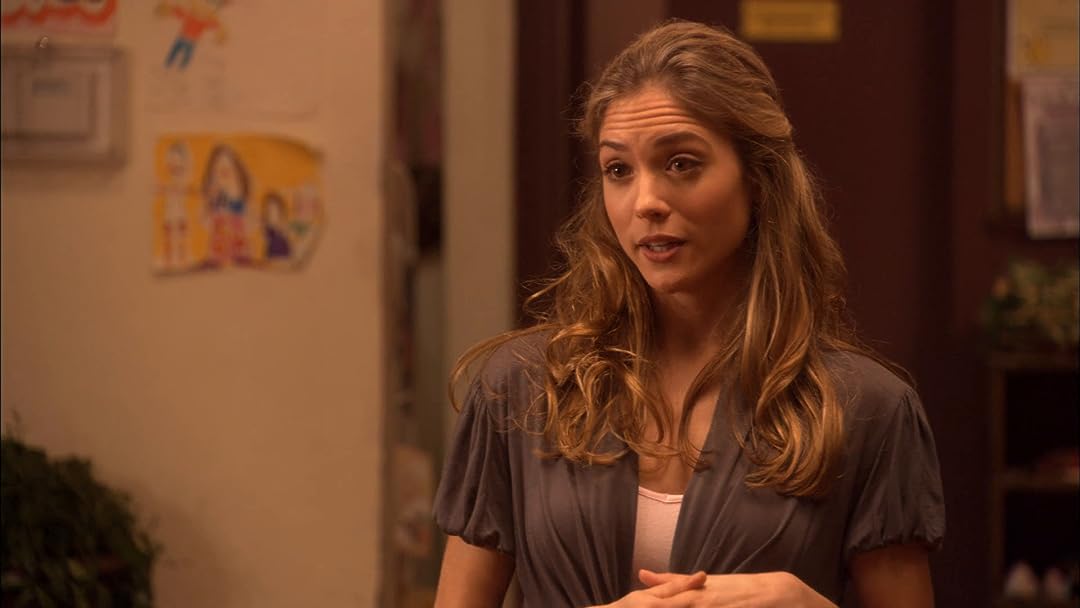 (44)
6.21 h 29 min2009X-Ray13+
A woman about to get married plans to sell off her dead mother's dance studio, only to find it is partly the property of her father, whom she has never met. She and her estranged parent quickly form a connection, but she finds he is reluctant to see his ex-wife's cherished business close down, while her fiance feels threatened by his new in-law.

Free At LastReviewed in the United States on October 29, 2021
5.0 out of 5 stars
Sweet
Verified purchase
After reading a lot of reviews, I've decided that everyone agrees that this is a pretty sweet and sappy story, very Hallmark-ish. The different stars just basically say who likes sappy sweet and who doesn't. I do. I like people to be nice to each other. I like happy endings. I like the dream of finding that long-lost "whatever." It's such a contrast to the anger, the frustration, the mess and the dirt and the brokenness of real life. I don't need more "real life." I have plenty of that. I need to escape to a place where dreams come true, people stay true, and everything works out great. I hope heaven is like that. I liked the actors in this and it was pretty well done. No complaints.
4 people found this helpful

Amante dei GattiReviewed in the United States on July 25, 2021
4.0 out of 5 stars
Fun Romantic Movie
Verified purchase
This is not a profound movie--no marvelous plot or development of characters, no knock-your-socks-off actors or acting, no "based on a true story." But I really enjoyed it. A dad finds out he's a dad and a daughter finds out he's her dad, and they end up both being happy with the discovery. The daughter marries the wonderful guy she's engaged to (how often does THAT happen?!?) and her dad and her lawyer are beginning to fall in love. Everyone from this little tiny town end up being happy to call the town home, just the way it is. (I'll have to admit, two characters stop and step back and forth over a spot in the dance floor of the studio; I keep thinking someone is going to discover something hidden under that creaky floor board that explains why the developer is willing to pay over 3X the appraised value of the building, but nothing happens. I wonder what the significance of that was.... Ah, well.... I guess I'll never know.)
3 people found this helpful

Petersen DonnaReviewed in the United States on July 8, 2021
5.0 out of 5 stars
Delightful
Verified purchase
Who knew John Schnieder had such dance moves. He was a terrific addition to this movie. The characters were well developed.It was a fun romantic comedy to watch. It was clean, no profanity and we felt our time was well spent watching it We recomenden it heartily.
5 people found this helpful

GraceReviewed in the United States on August 10, 2021
4.0 out of 5 stars
Enjoyable story
Verified purchase
Great to see John Schneider and Roma Downey in a film with themes of family, friends, forgiveness. Choices from the past intersect with choices in the present. John Schneider and his daughter demonstrate some great dance moves. Think I noticed 3 curse words but otherwise a good family movie. Several other reviews have mentioned a squeaky floorboard. Perhaps the owner was reflecting on the dance studio that had been owned by her grandparents and mother possibly disappearing to progress with more traditional retail stores ?.
4 people found this helpful

Amazon CustomerReviewed in the United States on February 28, 2021
1.0 out of 5 stars
Terrible message
Verified purchase
In what world is it okay for a father's absence to be described as "Mysterious and kind of romantic," and when does any fatherless child say, "She never wanted to talk about it and I kind of forgot about it." What?!? This woman kept her child and her husband apart and yet neither of them seem the least bit angry about it.
The movie has fantastic acting, dancing and production values and I really enjoyed it until the ending. I was left with an unbelievable sick feeling in the pit of my stomach as the storyline revealed a nonsensical, self-absorbed feminist fantasy as the crux of the story. Disgusting.
7 people found this helpful

LittleSaraReviewed in the United States on May 4, 2022
3.0 out of 5 stars
Comfortable Story of Reunion and Love
Verified purchase
This is a feel-good movie. The story is refreshing (to me) in that fiction so often portrays a father/child reunion where the father is a broken down drunk or has been in prison, or a crook who comes "home" to scam his family. There is reality in that. But, this story chose to show what may happen when the circumstances that kept the father from the child were neither the father's nor the child's fault. It's also refreshing that the daughter isn't a jaded executive or wannabe chef, or so many of the cliche plot themes I've seen and read in the Romance genre. The dance studio makes some sense. I can't dance, so, for me, the dance-lesson scenes are rather charming and fun. The acting may not be Oscar winning, here, but it's pretty good, and "Bo Duke" is believably older-guy-hunky and kind as the father.

If you are going to be triggered by a story of a father, who was unaware of the existence of his daughter, being reunited with her in a positive way, do not watch this film. Another reviewer was upset because so many absentee dads are just plain irresponsible and unfeeling. In reality, sometimes it is the mother who has made the decision to keep the father out of the child's life, and not always for unselfish reasons. It is reality that it is not always the father's fault.

To the reviewer who was driven crazy wondering what was hidden under the squeaky floor, I didn't find that at all mysterious or foreshadowing. The squeaking floor boards tied into boards that needed replacing on Cyd's porch, which tied in with Tanner's being a carpenter. It also hinted at the building's age and the loving care required to keep it going.

I found this to be a very attractive film visually, but possibly to the point of overkill. We get that it's a charming small town, and that is a key element, but you can only take just so much small-town tidiness and cheerfulness. I'd love to live in a town like that, but most people never get to do so. However, being able to dream of such a reality IS part of what makes the film attractive and comfortable. If I may be forgiven for using a music-genre metaphor - if you only like Heavy Metal, maybe this kind of Romantic Pop is not for you.

If you're going to have a go at this film, I recommend that you get comfy under an afghan, in a recliner, with your favorite beverage (not beer - this is not a beer movie), 2 dozen cookies, and a small box of Kleenex tissues. Go for it.

Jessica BokishReviewed in the United States on June 21, 2021
5.0 out of 5 stars
Super sweet
Verified purchase
I really liked it. Sure it was based on a dad leaving and never coming back but it's not because he was a bad guy. People aren't perfect. He did try to make up for it so why don't we focus on that.
It was fun, funny cute and just overwhelmingly sweet.
Content wise, there was a remark about s honeymoon and glancing at lengerie in a window but both were harmless. One D word and 2 H words.
All in all pretty clean.
It is really good
3 people found this helpful

neaReviewed in the United States on June 8, 2021
2.0 out of 5 stars
After watching this I am going to be diabetic.
Verified purchase
Dripping with sugar and spice and everything nice, way way beyond realistic. If they tried to make the Dad any more charming I think I would gag. When he started doing magic tricks at dance practice it was about all I could take, Good Grief, who wrote this "overly sweet to the point of sickening show." They could make him pleasant without turning him into something that makes you want to punch him in the face. I don't think I would trust someone for a minute someone who acts like him. And then when asked to Quitclaim, after being out of their lives for 25 years, and has NO claim on anyone or anything, he refuses to sign. Let us just say, I am not really like this movie, every time the guy who plays the Dad comes on the screen I want it to just be over so I don't have to listen to him anymore.
4 people found this helpful
See all reviews
Back to top
Get to Know Us
Make Money with Us
Amazon Payment Products
Let Us Help You
EnglishChoose a language for shopping. United StatesChoose a country/region for shopping.
© 1996-2022, Amazon.com, Inc. or its affiliates