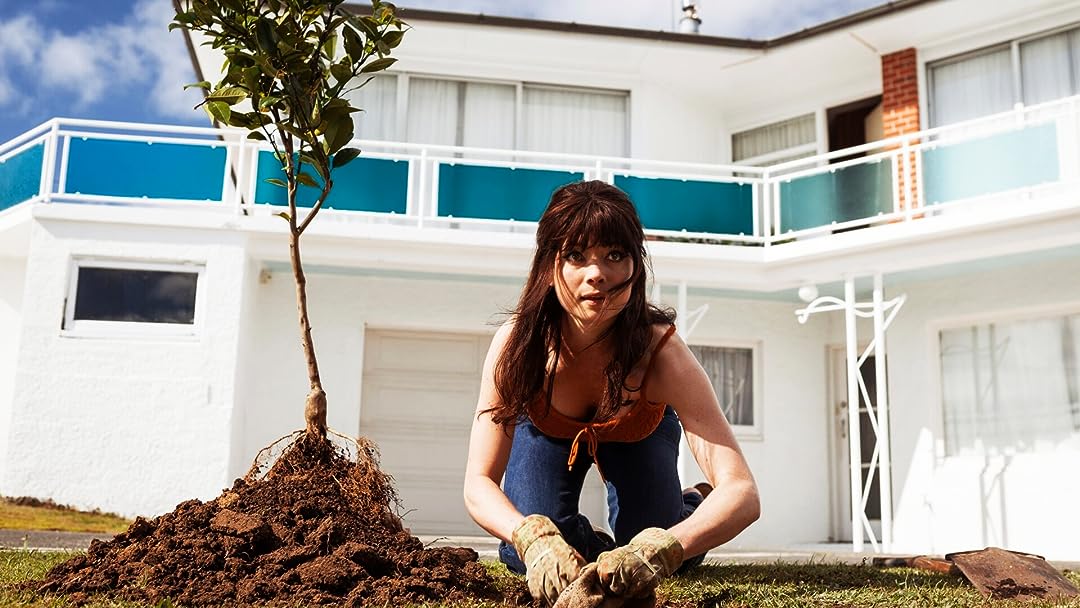 (30)
201516+
This prequel to the popular New Zealand comedy series "Outrageous Fortune" recounts tales of crime and passion in Auckland, New Zealand from 1974 to 1979.

Main themes are seeing the social ills and changing attitudes of the times (women's rights, race relations, nativism, politics), through the prism of the previous generation and younger versions of Outrageous' characters... made more interesting by the fact that their 70s Westside versions have yet to fall through the cracks of society and become the more tolerant and progressive but also far trashier underclass future selves seen in the 21st century Outrageous characters

Stunning return of the actress behind Loretta, playing her own character's infamous grandmother Rita, similar-looking but utterly different personality and vibe.
9 people found this helpful

Marc E. KenigReviewed in the United States on July 18, 2019
5.0 out of 5 stars
Clever, brilliant prquel to Outrageous Forttune
I liked Outrageous Fortune and was wondering whether a prequel would work and if I'd like it. Turns out it is as good if not better. Interesting seeing events and characters only mentioned in passing in Outrageous Fortune. Very cleverly played out and true to what the characters become and how memories sometimes interestingly reflect what happened years before. Very good attention to detail, both period, events that shaped NZ and character back story. Well acted.

I am hoping that Amazon will bring us Seasons 4 and 5 (now playing in NZ). The series eventually has to stop, before Westside's timeline comes too close to the Outrageous Fortune timeline. People speculate that the series will end with the death of Rita West (of cancer, which we know) or the birth of Loretta West ~1990.

The closed captioning is sometimes hilariously wrong, as is often the case with shows with a strong Kiwi accent.
7 people found this helpful

CincinnatusReviewed in the United States on November 16, 2019
5.0 out of 5 stars
Great Prequel to Outrageous Fortune - But Why Don't We Have Seasons 4 & 5?
I've really enjoyed watching Westside on Amazon Prime - as an Outrageous Fortune fan it fleshes out the backstory in a fascinating and entertaining way.

DeborahReviewed in the United States on January 16, 2019
5.0 out of 5 stars
Were can I watch season 4?!
This plot and this cast are amazing!
16 people found this helpful

TamaraReviewed in the United States on September 7, 2019
5.0 out of 5 stars
Ironic....cult classic?
You can't just watch this series with a straight face. It is essentially a sitcom about a working family in the 1970's, but their "work" involves with a gang of middle aged safe crackers. Everything makes complete sense from their perspective. Plenty of suspense, plot twists, and sex. Normal lives and problems, but from a nice clean standpoint of friends with unusual careers that they excel at...for the most part. Really fun.
3 people found this helpful

GaryReviewed in the United States on May 12, 2020
5.0 out of 5 stars
Great television that the US can't compete with
I stumble across Outrageous Fortune noticing three actors that I like, Antony, Grant, and Robyn. When I watched the first episode I was hooked! After the last episode of the finale season and wanted more. Then I stumbled on Westside and jumped for joy. It's just as good and fills in the gaps from Fortune. Now for the downside. Amazon is only showing the first three seasons of Westside. Seasons 4 & 5 are out so Amazon had better bring them here soon. If I knew whom to bitch to I would. Watch these series if you like something different than the same old same old, unoriginal tv we get here in the USA.
2 people found this helpful

just a girlReviewed in the United States on January 22, 2020
4.0 out of 5 stars
Binge-watch worthy
Very good show. Exciting, well developed characters. Great binge-watching. Much better than it's predecessor "Outrageous Fortune", which after season 2 became monotonous--characters simply yelling and having sex; it seemed as if someone forgot to write dialogue for that show.

Amanda CarseyReviewed in the United States on December 27, 2018
5.0 out of 5 stars
Best Prequel Show EVER!!!
Outrageous Fortune was a fantastic show and this prequel show is the BEST!!! The cast is amazing and the scripts are well written and they do a fantastic job keeping the facts right. I am so excited that more and more NZ shows are becoming available in the U.S.. Seriously, some of the best programming!
7 people found this helpful
See all reviews
Back to top
Get to Know Us
Make Money with Us
Amazon Payment Products
Let Us Help You
EnglishChoose a language for shopping. United StatesChoose a country/region for shopping.
© 1996-2022, Amazon.com, Inc. or its affiliates