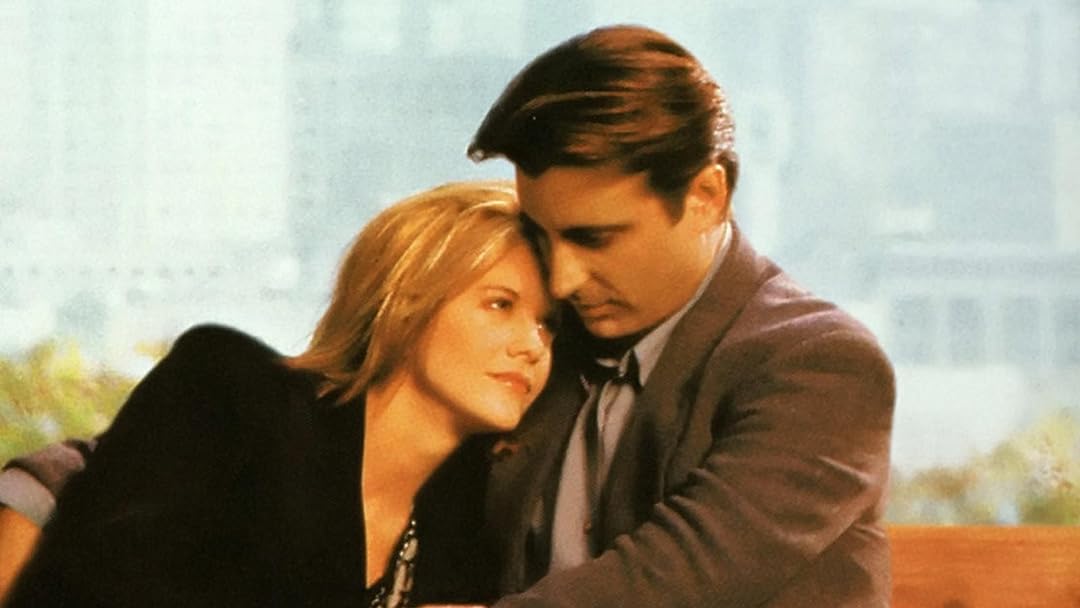 When A Man Loves A Woman

Mark BeaversReviewed in the United States on December 26, 2020
4.0 out of 5 stars
An Important Message
Verified purchase
The movie expresses an important message about the effects of alcoholism upon the family, while rendering a strong portrayal of the disease as exactly that--a disease. As the narrative plays out, it is difficult not to become engrossed with how passionately, sincerely and genuinely Michael cares about his wife, Alice. His true love for her is apparent in every scene--patiently coping as best he can with the recklessness of her consistent drunkenness. The hard part comes when she returns home after rehab. She's clean, she's sober and she can now clearly see just how destructive her behavior has been upon her marriage and her children. The truth is, she is embarrassed by it and takes it out on Michael. This is why she feels so much more comfortable around her "group" friends than her own husband who is doing everything he possibly can to be a supportive and loving husband. The story shows Alice's resentment towards Michael for not being able to understand her sickness, while she makes no efforts whatsoever to at least meet him halfway and understand the pain, the panic and the utter crisis he has had to endure as a result of her addiction. Alice's behavior sends the unmistakable message to Michael that she needs everybody--except him. She pulls away from his gestures of affection, yet has no problem clinging to the same gestures from her "group" friends, one of which, Gary, whom Michael returns home to find reclining back with his feet up and shoes off, next to Alice in their home. Though Alice attacks Michael's reaction, she is totally out of touch as to just how inappropriate and disrespectful this whole scene with Gary was to her own husband. Step by step, she pulls away. This is deeply hurtful to him considering the layers and layers of sacrifices he has made to hold their family (including her daughter from a previous relationship) from falling apart. Regardless of the intent of the storyline, Michael is the hero of this story, hands down and no other character could portray the lengths ANY husband would go when a man truly loves a woman!
12 people found this helpful

Amazon CustomerReviewed in the United States on December 24, 2019
5.0 out of 5 stars
This is a must see for people who are learning to cope with addiction
Verified purchase
I'm a substance abuse counselor and this was recommended by another counselor. This shows how alcohol abuse effects the family as a whole. It's a cute love story and shows how a loved one can be codependent. The children in this are adorable and this shows the damage substance abuse can cause kids too. I've had clients in tears when they relate themselves to the alcoholic and some people didn't think about how this hurts their families. This has so much to process with a group.
19 people found this helpful

J. DonaldsonReviewed in the United States on February 6, 2021
3.0 out of 5 stars
A bit dated
Verified purchase
I'm an alcoholic who hasn't had a drink for over 35 years. I've worked with addicts for years. I don't disagree with anything in this movie except I find the dialog to be a bit dated, and the pace of the movie is common for 1994 but slow for today.

The one thing that stands out for me is I always discourage opposite sex accountability partners or sponsors. In this movie the Meg Ryan character was spending time with a male which can cause problems even if there is no intimacy in that relationship.

sandyReviewed in the United States on May 15, 2022
5.0 out of 5 stars
Accurate picture of addiction
Verified purchase
This movie does a good job of portraying addiction from both the addict’s, as well as the significant other’s and their children’s POV. Garcia plays a well-meaning husband who is clueless on how to deal with his wife as she navigates her way to sobriety. He thinks once she stops drinking everything will automatically be better; in reality, this is usually never the case because now the addict has to face his or her demons and figure out how to live in society without the crutch of the bottle or other substances.

The writers do a fair job of showing how uncomfortable an addict is in her own skin once the bottle or drugs are taken from her. She’s got to learn to navigate her own feelings without liquid help, and the inner shame and inferiority is glaringly apparent and almost impossible to bear. It takes years to get comfortable in your skin and learn how to love yourself after laying drugs and alcohol down. The spouses and family members have to also learn how to deal with the newly sober addict, and many relationships just don’t make it because the spouse doesn’t know any other way to interact than the way he or she has been interacting for ask those years.

Calling an addict or alcoholic self-absorbed is actually accurate, because addiction truly is a selfish disease, but it’s really pretty cold hearted, especially if she is trying to clean up her act. Usually there’s a lot of trauma, often going all the way back to childhood, that has to be crawled through before healing can begin, and many significant others cannot handle it because they think the addict will be magically better as soon as the substance is stopped.

What I liked about the film was that the husband also learned some lessons that are so important — not trivializing the wife’s efforts at managing her children while sober, and not minimizing the addict’s raw feelings with a well-meaning, but silly joke. No one likes jokes when they’re feeling like crap. People need to be allowed to feel bad and get through it and start feeling better on their own, because at the end of the day, when it is obvious that you’re feeling like crap, an ill-timed attempt at humor is just in bad taste when a silent hug would be so much more supportive. But these are the things that a couple with a deep enough love for each other can accomplish, and it’s a beautiful thing when it happens.

JWReviewed in the United States on October 6, 2018
5.0 out of 5 stars
You'll fall in love with Andy Garcia in this movie.
Verified purchase
Love, love this movie. A love story in the midst of addiction. Andy Garcia is superb in his role as the loving supportive husband only to be blamed for it. The little girls playing the daughters are adorable and Garcia's interaction with them makes you love him more. Meg Ryan plays the self absorbed addict of a wife.
6 people found this helpful

stephen gouvionReviewed in the United States on March 2, 2021
4.0 out of 5 stars
Very Good Movie!
Verified purchase
I have never watched this movie so this time was a first. I really enjoyed it and the 2 main stars were super. They really fit together well and the little girls were darling. The whole story was very interesting and realistic. I was so glad that it ended on a happy note! I would recommend this movie and would watch it again sometime in the future. (by Sue)
One person found this helpful

LarsReviewed in the United States on April 5, 2017
5.0 out of 5 stars
nothing changes Very good movie.
Verified purchase
Wow! Although somewhat dated, this film presents an accurate and non-compromising view of addiction through the eyes of the sufferer, her husband, her biological daughters, her friends, and the re-balancing in the family system that must take place after treatment. Because after treatment, if nothing changes, nothing changes Very good movie.
12 people found this helpful

TreeDee7Reviewed in the United States on January 14, 2015
5.0 out of 5 stars
Great movie - ALL adults could benefit from watching this. 4.5 stars would be my review if I could....
Verified purchase
I would say this is a 4.5 but thought best to err on the higher side... A great job by both Meg Ryan and Andy Garcia - and it sheds a little bit of light on what the "Al Anon" person goes through as well as the alcoholic - although only a little. I know it's impossible to depict completely what people go through when embarking on the road to recovery - whether it be from the perspective of the addict/alcoholic or their significant other - but any light shed is indeed that. Light. I would highly recommend this movie for all to watch though... Perhaps it can make a dent in the chasm of misinformation and misguided thoughts of blame and shame around the diseases of addiction and alcoholism.
12 people found this helpful
See all reviews
Back to top
Get to Know Us
Make Money with Us
Amazon Payment Products
Let Us Help You
EnglishChoose a language for shopping. United StatesChoose a country/region for shopping.
© 1996-2022, Amazon.com, Inc. or its affiliates