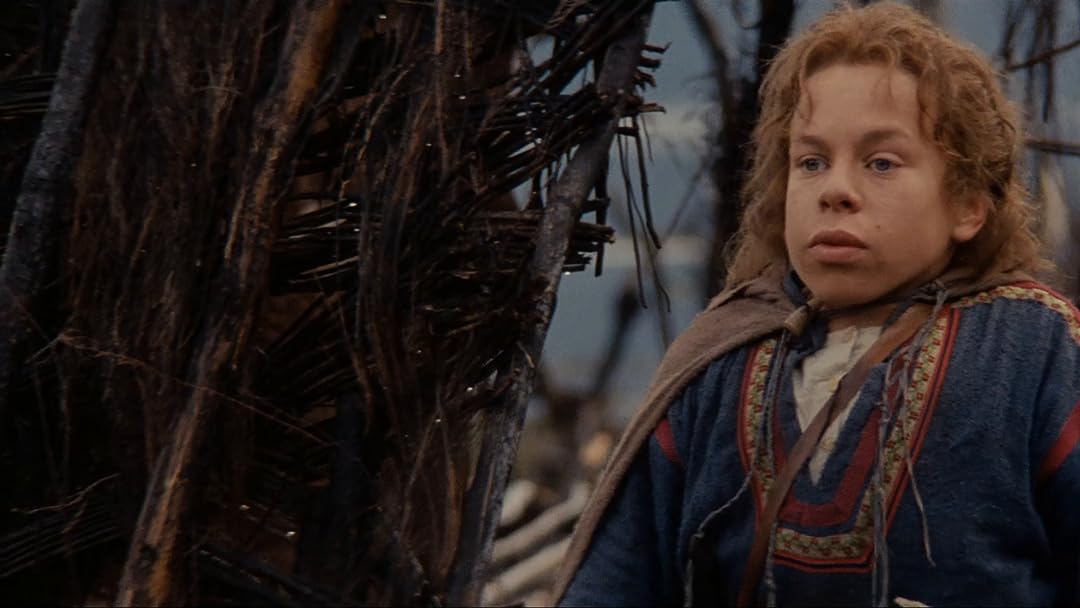 (8,829)
7.33 h 26 min1987X-RayPG
Willow is a timeless fantasy tale where heroes come in all sizes. Filled with magic and danger it is the ultimate story of good versus evil.

ilovemydoggiesReviewed in the United States on July 19, 2017
5.0 out of 5 stars
A movie with heart!!!
Verified purchase
It's so sad to me when I reference this movie and the current few generations have no idea what I am talking about. EPIC MOVIE. If someone doesn't like this movie, I would seriously question their priorities in life. Loved as a kid. Loved as an older kid. Still love as an old adult. Never gets old. One of my all-time favorites!
183 people found this helpful

G.T.Reviewed in the United States on January 31, 2019
5.0 out of 5 stars
Most underrated fanatasy film of all time.
Verified purchase
This was my favorite as a kid. The music, action, story-- everything about it fueled my young imagination and, in many ways, shaped my tastes going forward. But as an adult I wondered how I would view it now. Would it hold the same appeal now as it did to a much younger me? The answer is a resounding YES! Not only did it bring a surge of nostalgia, but I noticed aspects of the film as an artform that I had never paid attention to as a child, and I have a renewed appreciation for the film, the actors, and especially for Ron Howard. Fantastic movie. Glad it finally made it to digital format!
71 people found this helpful

a reviewer in SeattleReviewed in the United States on October 29, 2017
5.0 out of 5 stars
Great movie.... need Amazon Video!
Verified purchase
Wish this would come out on Amazon Video!!!
73 people found this helpful

Usually Wrong, but LoudReviewed in the United States on September 10, 2018
1.0 out of 5 stars
Bootleg copy
Verified purchase
Poor quality video. Not production quality cover or DVD printing. Obvious bootleg. Hard to find this DVD, even harder to find it in 720 or better.
At least now you know what you're buying.
45 people found this helpful

Jamie ColemanReviewed in the United States on March 1, 2020
1.0 out of 5 stars
Fake Copy Not real DVD
Verified purchase
For the price I paid (13 dollars and change) for an older movie DVD I should have gotten a real product of a copy not someone's home computer copy version! I was cheated and ripped off for that price! U can see in my pics that its a DVD u can go to a Walmart or a Best Buy and buy those blank discs with the colored bottoms and mine is purple not the normal silver disc color. Also the case cover is cheaply made it is cut off it was not even printed clearly and full framed! And Most professional DVD copies have some sort of advertisement papers in them on the side pocket and of course this DVD had nothing in it but the fake disc! It even doesn't have any commercial advertising before the movie menu comes up when you play it, it just goes straight to the movie menu. I also bought another movie with the same outcome (Legend). Very disappointed in Amazon for representing their company so cheaply like this.
21 people found this helpful

APC2012Reviewed in the United States on September 11, 2016
5.0 out of 5 stars
Pleasantly Surprised!
Verified purchase
The transfer of the original movie format to the Korean Import DVD is very good in both video and audio quality, 5.1 digital. The story in the movie is a simple, predictable fairytale to be appreciated as it is. The movie is spoken in English. It has the option of English or Korean subtitles. The English subtitles are done well. If an adult can appreciate this type of story, it is suitable for all ages. Beware of a most ugly two-headed dragon that makes the original Godzilla, in the movie Gojira, look like a wicked cool monster. Versus higher cost discs, the KOREAN IMPORT (All regions) DVD is worth it for under $25 of a heretofore hard to find movie of an early Ron Howard/ George Lucas production.
42 people found this helpful

JesiReviewed in the United States on March 11, 2019
5.0 out of 5 stars
A classic!
Verified purchase
I grew up on this movie. I watched this movie more times than I even know. I recently was looking for it on digital or blu-ray and could not find it anywhere. Apparently it was released on blu-ray a few years ago for a short time and subsequently was going on ebay for around $100 since they didn’t keep making more. There was no way I was going to spend that so I figured I’d wait. I’m glad I did because this is blu-ray and digital. We tend to only use digital in our house because it’s just easier. It was pleasant watching this the day it was delivered and still remembered the entire movie line for line, the music, the scenes, etc. I watched it with my husband and son and my son who had never seen it was glued to the tv. He loved it so I’m glad that it will end up being a family favorite rather than a movie my husband and I are fond of.
15 people found this helpful

RoboGriffeyReviewed in the United States on April 23, 2019
5.0 out of 5 stars
I had forgotten how much I liked this movie
Verified purchase
An utterly charming movie from the 80’s. One that sadly marked the end of the 70’s-80’s era of High Fantasy movies that we would not return to until Peter Jackson’s Lord of the Rings. This was the last of the era that gave us Conan the Barbarian, The Beastmaster, The Dark Crystal, Dragonslayer, Ladyhawke, and a ton of charmingly bad direct to video Barbarian and Boobs flicks. Willow is thankfully not that. And falls more in line with The Dark Crystal in terms of tone and story.

Willow is far from a perfect movie. At times it has trouble figuring out quite what it wants to be, as it can veer a bit between very dark, to oddly slapstick silly. But it was an excellent cast who seem to be having fun. Leading the cast in the titular role is Warwick Davis. The man of a thousand characters himself (no really to this day I believe he remains the actor with the most separate characters in Lego Minifigure form.) Warwick plays the young Pech” (unlicensed Lucas Hobbit!) sorcerer who finds a human baby girl. And sets out on a quest to keep her safe and return her to where she should be. Joining him is Val Kilmer in one of his most fun roles, the great swordsman Mad Martigan. From there it is a fairly formulaic romp through 80’s swords and sorcery territory and cliches, backed up by some impressive ILM effects. The movie was written and produced by George Lucas and directed by Ron Howard. (Astonishingly this is no longer Ron Howard’s worst performing movie for Lucasfilms!)

10 people found this helpful
See all reviews
Back to top
Get to Know Us
Make Money with Us
Amazon Payment Products
Let Us Help You
EnglishChoose a language for shopping. United StatesChoose a country/region for shopping.
© 1996-2021, Amazon.com, Inc. or its affiliates