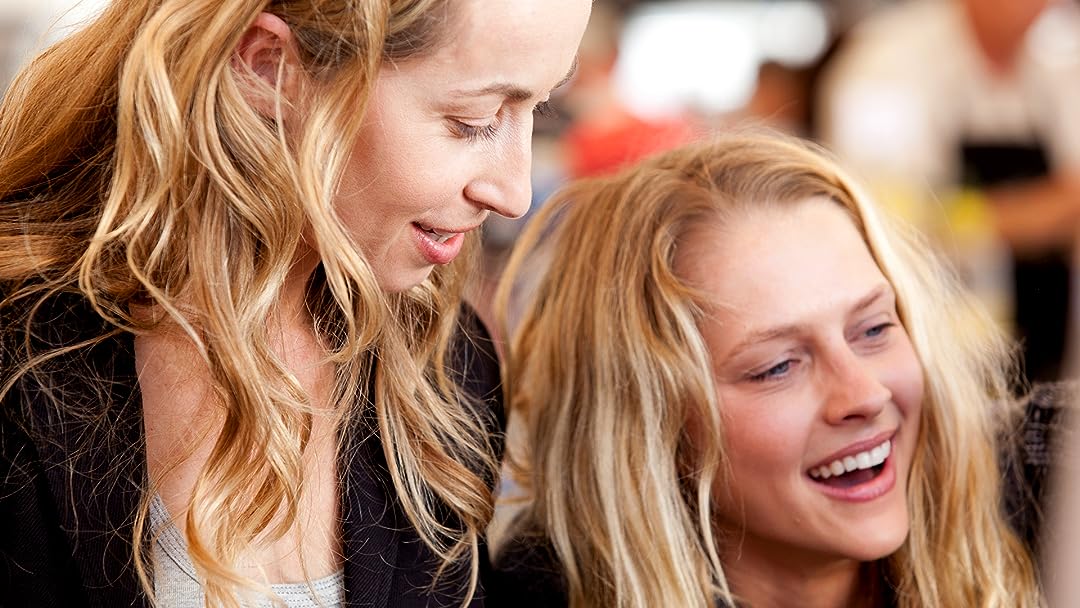 Wish You Were Here

(104)
5.91 h 29 min2013X-RayR
Four friends lose themselves in a carefree holiday. Only three come back. Dave and Alice return home to their desperate for answers about Jeremy's mysterious disappearance. When Alice's sister Steph returns not long after, a nasty secret is revealed about the night her boyfriend went missing. But it is only the first of many. Who amongst them knows what happened on that fateful night in Cambodia?

Dani P.Reviewed in the United States on August 8, 2020
1.0 out of 5 stars
Animal Cruelty rampant in film. For shame Australia.
Verified purchase
I’d leave less if I could. Only made it five minutes in and saw two animal cruelty scenes. That was it for me. Skimming and animal alive was too much. Despicable.
12 people found this helpful

GreenzebraReviewed in the United States on August 22, 2021
3.0 out of 5 stars
problematic stereotypes of Asian locals.
Verified purchase
Some things were decent; decent performances by the actors, but there are a couple of issues that I personally found glaring and disappointing. The way the trip to Cambodia depicts what one might find there is one cliche after the next. The cop early on handing his gun to the Aussie tourist, the locals on the make to rob/take advantage of tourists is not counterbalanced, ie, good guys, bad guys, like anywhere. I suppose you could say there were nice people cooking food in the markets, but it isn't enough, and by the end of the film, it's quite overbearing. The very dark level of what happens to the innocent Aussie at a locals bar verges on caricature, and for a very serious subject that sadly happens everywhere in the world, this is bad. And these people are in their late 30s and Australian, ie within a reasonable proximity to travel to Asia, so the idea this is their only experience, so what the hell, let's all take ecstasy, and act like idiots, including the pregnant mom of 2? Problematic, all around.
One person found this helpful

BlueVistaGTReviewed in the United States on May 12, 2016
4.0 out of 5 stars
Teresa Palmer FAN Forever
Verified purchase
I originally bought this movie because I'm a Teresa Palmer fan and I would buy anything with her in it. I was pleasantly surprised with this Australian production. Rather than go into the details of the movie again since previewers have already done a fine job at that, I will instead mention that the main characters roles were all too familiar as far as Western tourists behaving so cavalier in a foreign country. I lived 20 years of my life overseas in various countries and the writers were spot on with portraying tourist's bad behavior while traveling. I've been to Cambodia among other South East Asian countries and this is one particular country with an especially haunting and violent history; one in which you don't want to act up in public and bring unwanted attention to yourselves. One reviewer mentioned the Westerner Safety Bubble and was exactly right with their comments. The actors did a great job and just wish Teresa had the lead role, but supporting actress works for me as well. I don't regret buying this one. Note to Western Tourists/Travelers (and this comes from a seasoned world traveler): Just because you travel with loaded pockets compared to some of the poor countries you visit, doesn't mean you won't be involuntarily relieved of that money during your travels. Exercise extreme vigilance and don't invite unwanted attention to yourselves.
14 people found this helpful

Reader6647Reviewed in the United States on July 11, 2020
1.0 out of 5 stars
Not a good movie
Verified purchase
None of the characters were likeable. The plot was very simple and the story stretched out into a very boring feature length film. When the great reveal happens in the end you are left feeling pretty unsatisfied having sat through it all.
7 people found this helpful

TM ConwayReviewed in the United States on September 15, 2021
3.0 out of 5 stars
Disjointed
Verified purchase
Best thing I got out of this movie was hearing a band that is new to me (Hilltop Hoods). Too bad I am so late to their party.

The movie? It stretched out too much. There were too many loose ends and unanswered questions. I shouldn't care so much about a character but did the woman get in trouble for driving (and wrecking) while drunk? Did they go to the dead guy's parents to make a confession? Did they get into some kind of witness protection program?

And, along with some other reviewers, I would say there were stereotypes. I think. I have never been to Cambodia.

Basically, this could have been a good movie but it wasn't that great. That rap group though? They're fire.

Jaime BReviewed in the United States on October 7, 2021
1.0 out of 5 stars
Absolutely horrible.
Verified purchase
The movie is a complete waste of time. Seems like villainized stereotypes play a large role towards the end. Very uncomfortable to watch. Atrocious script, poor acting. Many themes shoehorned in for shock value. You think you're watching a mystery thriller about a missing person and all of a sudden you're slapped the face with child prostitution and the vietnamese mafia. spare yourself the ick factor, nothing about this movie is worth watching.
One person found this helpful

Billy BoyReviewed in the United States on September 1, 2021
4.0 out of 5 stars
Very realistic, with one big flaw.
Verified purchase
The one big flaw was the impossible coincidence of the 2 guys being at the same obscure bar on the fateful night. Other than that, it's hard to follow or predetermine the outcome, but the plot and action of the characters was excellent. Great story about good people getting mixed up with bad people and finding themselves in a trap.
One person found this helpful

KayReviewed in the United States on September 18, 2021
1.0 out of 5 stars
would give it a zero if I could,
Verified purchase
Only made it 10 minutes. The beginning scenes depicting animals is not for me, would never put that crap in something that is supposed to be "entertaining" . Add that with the very very slow start. Why would I stick around to watch something I thought would by a mystery and entertaining to watch something that drags and made me irritated.
See all reviews
Back to top
Get to Know Us
Make Money with Us
Amazon Payment Products
Let Us Help You
EnglishChoose a language for shopping. United StatesChoose a country/region for shopping.
© 1996-2022, Amazon.com, Inc. or its affiliates