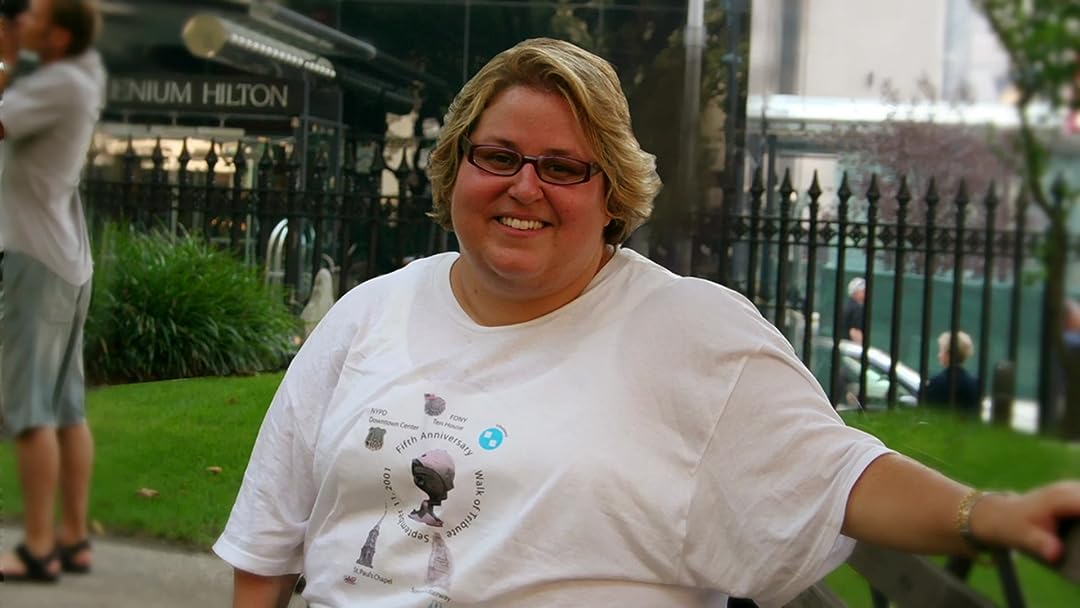 The Woman Who Wasn't There

(326)
6.81 h 4 min2012X-Ray16+
Tania Head's jaw-dropping tale of escape from the south tower was the most astounding: the unimaginable hell she witnessed, the injuries she suffered, and the tragic loss of her fiancé, Dave, in the north tower. She rose to national prominence when she became President of the World Trade Center Survivors' Network.

♡ Pain Warrior ♡Reviewed in the United States on October 23, 2020
5.0 out of 5 stars
Excellent Documentary! Unreal.
Verified purchase
This is an excellent documentary and not the first I've seen on "Tania Head", the woman who fooled everyone. It is really well made and everyone should know the story as a cautionary tale. It wasn't pure malice that drove her to do what she did, because she actually helped people, ironically. Her type of greed wasn't monetary. Her need was much deeper than money, and because of that, she hurt many, many people in a more complicated way than simply robbing them of possessions or money. She truly gave herself to the 9/11 survivors before taking more than she gave in one fell swoop. She wanted to feel needed, to feel adored, to receive sympathy, compassion and respect. She wanted power. She wanted a lot but went about it in such a deluded manner. A woman who is intelligent, aware, and able to lie and act and fool so many for so long has talents that are sorely wasted when used in a deceitful way. The whole thing is pathetic and sad and I truly feel for the survivors who fell for her unbelievable act. She was good at what she did until she wasn't. The pressure must've been immense.

She has thrown away her whole future within a few short years because she failed to see a few steps ahead. She failed to see the possible consequences of her actions and now she has nothing but shame and humiliation to live with. She angered a whole nation and opened old wounds. And it's a disgrace. She obviously had many psychological issues that were not dealt with properly. But I believe what she did was bad enough to go to jail for. What she took from these suffering people was worse than money. She took their trust, their dignity, their sense of security, and much more. She robbed them of genuine healing and hurt them twice as much in her supposed mission to heal. It's simply crazy and should be a punishable crime. That she gets to walk away unscathed, except internally, is unacceptable.
Watch!

Heather LightReviewed in the United States on September 12, 2021
1.0 out of 5 stars
More Documentary Drivel on People Who Don't Deserve It
Verified purchase
Another documentary about someone who absolutely does not warrant the attention. Oh wait...let's just give her more of the thing she wanted in the first place---the most valuable currency---ATTENTION! Nothing like encouraging bad behavior by sensationalizing the piece of garbage people in this world.

This documentary has a high production value, but that's where my praise ends. It spends the first half singing the praises of this disgusting person, lauding her as brave, strong and caring while force feeding you interview after interview to achieve this. It spends about 5 whole minutes on declaring that she's a fraud, and then the rest of the show is all about explaining it away...and trying to make her seem sympathetic. No. No no no no no.

This beast of a woman RE-VICTIMIZED actual victims of a jihadist terrorist attack, and an attack on OUR NATION, of which she is not a part in either way. The fact that some of these victims could forgive her is a credit to them, and should not reflect on her. The reality is that she minimized the real experience and suffering of those who actually survived 9/11. She abused and manipulated these people but this documentary does not focus on that aspect at all. She did all of this knowingly and willfully and kept doing it for years and years. She is not an interesting person or a fascinating story. She is a waste of space on American soil and shouldn't be allowed to breathe the air here.
13 people found this helpful

A. SalasReviewed in the United States on April 2, 2021
5.0 out of 5 stars
Great Documentary
Verified purchase
This lady is so crazy! She loves the drama and painted such an unbelievable story of survival. It's hard to imagine people actually believing it. As one survivor mentioned they felt terrible questioning her story. I don't think she's this amazing liar. I think she took advantage of the vulnerability of these survivors. She was smart enough to know she could get away with a far fetched fabricated lie created in her crazy mind. She was just short of saying Jesus took her hand and walked her out of the building and carried her through the rubble. I would like them to do a follow-up on her. See what shenanigans she's up to these days. I feel sorry for the people that miss her. Remember that you don't know her, she was a made up character.
5 people found this helpful

JeffReviewed in the United States on October 18, 2019
5.0 out of 5 stars
Subject is facinating
Verified purchase
Someone already mentioned the fascination with fakers, imposters. I too watch this again and again. It is well made and directed, building your interest as it goes along with enough detail and reaalism. It is a near flawless documentary in my opinion. Spoiler alert: I love to see the breakdown of such a big lie. It reminds me of those murder detective shows that always remind you there are a cascade of details one doesn't think of and each lie brings on more questions requiring more lies to cover your tracks. Not being one of the true survivors or having anyone I know in the towers on that day, I cannot empathize with the betrayal and hatred some of them feel. Another person commented she was a sociopath. We are left with the mystery of what really went on in her sick mind, but I'm not sure she's more evil than sick.
7 people found this helpful

VioletSkyeReviewed in the United States on June 10, 2018
5.0 out of 5 stars
Gripping. You will want to discuss it at length after watching.
Verified purchase
Exceptional documentary, and one of the few that I return to time and time again. The story is gripping and the artistic illustrations scattered throughout the film are divine. I've recommended it to friends and coworkers and they all found it fascinating. It is extremely thought-provoking and one of those documentaries you want to digest and discuss at length afterwards.
17 people found this helpful

Lynn T.Reviewed in the United States on July 13, 2020
1.0 out of 5 stars
Minus Woman.
Verified purchase
It was horrible. The person was horrible and ugly. Why make a movie of her so she can just get more publicity and money of which the very thing you are condemning her for. Makes no sense. You want to do something for 9/11 forget her with respect to the friends I lost. And the fumes I had to breath for weeks.
8 people found this helpful

Jessica FletcherReviewed in the United States on August 19, 2020
5.0 out of 5 stars
Wow
Verified purchase
I don't recall hearing about this story until now. Great documentary. It feels almost like stolen valor and I can't sympathize with "Tania Head" or her issues. She created a lot of drama to people who actually truly suffered -beyond watching a television and seeing it on the news. Her psychopathy has a sinister feel to it, much like those insane females that cut fetuses in order to have a child. I hope she lives the rest of her life without hurting more people and can live it truthfully. Maybe with the trend of social influencers - she could have found her own niche that wasn't stealing from others. Like her father, like her brother.

High HopesReviewed in the United States on September 7, 2021
5.0 out of 5 stars
GREAT STORYTELLING .... ABOUT SOMEONE WHO WAS GREAT AT STORY TELLING
Verified purchase
Tania Head. That's the name you'll see if you look up 'great example of a psychological liar'. That's the same name that will see if you look up 'horrible person', 'grief thief', and 'shameless'. If she were anything close to a decent person, she would have written a full and honest confession and massive, heartfelt apology to all those she used and caused a whole new traumatic event for. But she didn't. That tells us all we ever need to know about Alicia Esteve.
2 people found this helpful
See all reviews
Back to top
Get to Know Us
Make Money with Us
Amazon Payment Products
Let Us Help You
EnglishChoose a language for shopping. United StatesChoose a country/region for shopping.
© 1996-2021, Amazon.com, Inc. or its affiliates