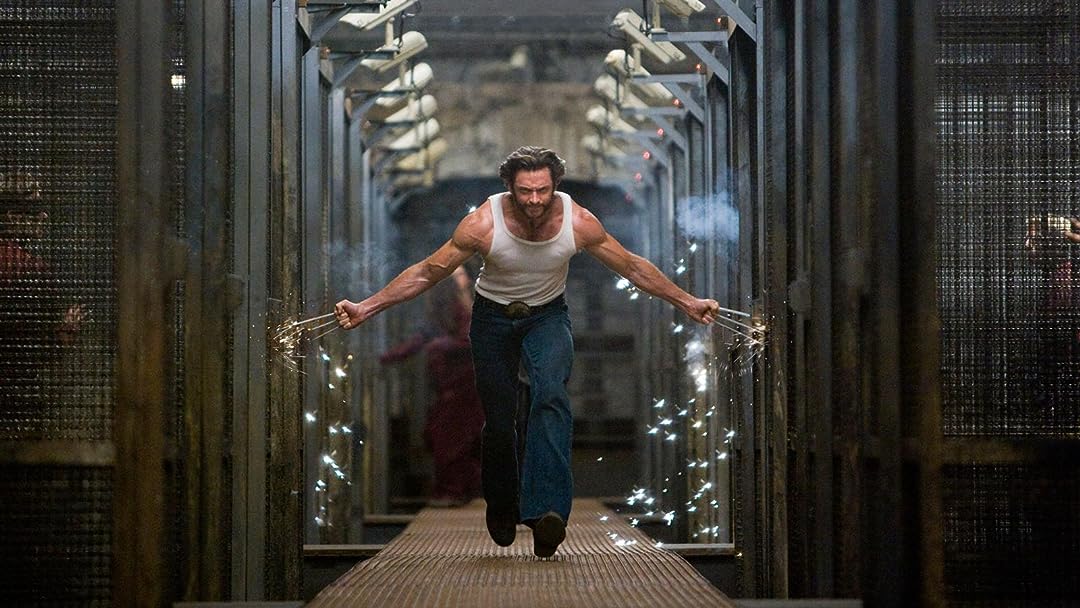 (11,691)
6.51 h 59 min2009X-RayPG-13
Heroic Hugh Jackman breathes the fire into Wolverine -- with a vengeance! This pulse-pounding action thriller sinks razor-sharp adamantium claws into the mysterious origins of Logan/Wolverine: his epically violent and romantic past, his complex relationship with Victor Creed/Sabretooth (Liev Schreiber), and the ominous Weapon X program that unleashes his primal fury.

Vash BaitReviewed in the United States on February 14, 2020
1.0 out of 5 stars
Does Not Age Well
Verified purchase
The CG is hilariously outdated: Wolverine's claws look like the designers used a "GET WOLVERINE CLAWS!" app. Of course "Deadpool's" katana arms look just as bad. Emma Frost looks like she's been bedazzled. Naturally, even though there's an immense amount of physical violence (shredding, slicing, decapitating, stabbing, etc...), there's no blood. I can see comically cartoonish brain matter through Logan's skull hole, but don't let us see any blood in this PG-13 POS.

The action is questionable: A helicopter crashes and explodes then, somehow, explodes again! There are so many smash cuts in the fighting sequences it's obvious the choreographer phoned it in. Also, the majority of the "fight" sequences consist of beefy dudes standing around posing in their best can't-fit-through-a-door look.

Some of the casting is bizarre: Why not cast the guy who looks exactly like Hugh Jackman as James/Logan/Wolverine's actual father instead of the cuckolded husband? For Gambit, at least try to cast someone who can attempt to do a Creole accent. And good job making one of the coolest X-Men look like an absolute douche by giving him a wizard staff.

Deadpool... where do we start? Do we need to start since this has been so widely covered? No. At least Ryan Reynolds has atoned for this nonsense.

And, finally, the story: Gee. Spoilers ahead I guess. After joining up with Stryker and a squad of mutants who murder an entire village for some adamantium, Logan figures out he's not cool with Stryker's particular brand of murder and decides to ditch the murdering mutant squad. Years later, Logan very smartly trusts Stryker to experiment on him just so Logan can get "the tools" needed to kill his brother (who totally by necessity killed Logan's girlfriend instead of just going after Logan - that wasn't suspicious or strange at all)! And surprise! Stryker has nefarious plans for Logan and SAYS THEM OUT LOUD so Logan hears. Somehow, later, Logan is still shocked to find out that he's been further manipulated because his brother and Stryker are working together *clutches pearls*! If you can make it this far in the film and still be surprised by anything that happens then your brain has checked out completely.

Some of these issues alone don't make a film unwatchable. But paired and stacked and mashed together in one film it becomes intolerable. Skip this... watch Logan (2017). It's a far superior film.

joel wingReviewed in the United States on April 11, 2020
4.0 out of 5 stars
If they'd only done a better job with the climax fight this would have been even better
Verified purchase
X-Men Origins Wolverine was highly anticipated as Wolverine was by far the most popular X-Men character in both the comics and the movies. As the title suggests this was supposed to be his biopic with the added bonus that it included Sabretooth. The movie was great until the very end where they spoiled everything with the climax battle. Like in the comics the plot was based around the conflict between Wolverine and Sabretooth’s animal instincts and their human ones, and which would win out.

The theme of the film is laid out right during the opening credits. It shows Wolverine (Hugh Jackman) and Sabretooth (Live Schreiber) as being almost immortal living from the America’s revolutionary times up to the present. Sabretooth was the wild won who enjoyed killing, while Wolverine tried to be his conscience and control him. After one bloody escapade in a Vietnamese village the two are recruited by Colonel William Stryker (Danny Hust) to join a special operations team made up of mutants. Later Stryker injects adamantium into Wolverine’s body in the Weapons X project as Logan becomes known as Wolverine.

That was a great start and the added bonus was that tons of X-Men/mutant characters were also included. The special forces team was made up of Deadpool (Ryan Reynolds), Blob (Kevin Durand), John Wraith (Will.I.Am), Bolt aka Chris Bradley (Dominic Monaghan), and Agent Zero aka David North (Daniel Henney). Later Silver Fox (Lynn Collins), Gambit (Taylor Kitsch), Emma Frost (Tahyna Tozzi), and Cyclops (Tim Pocock) all shop up. It was like a Marvel fan’s dream.

With all that how could things go wrong? Well they ruined everything at the end. Logan faces off against Deadpool who looked so bad that The Deadpool movie even mocked it.

If you can just ignore the final fight than X-Men Origins: Wolverine is still a very good film.
C
6 people found this helpful

TimothyReviewed in the United States on April 3, 2019
5.0 out of 5 stars
well-done origin story
Verified purchase
I remember when Marvel released the 'Origin' miniseries to well-deserved hype. It was hard to wait month after month for the next comic to come out! This film does a nice job of telling that tale, in the graphically violent manner that Wolverine fans would expect. True to form for comic book movies, this one weaves a few other tales into the narrative, which muddies the water a bit, but it's still a fun and exciting movie - plus it serves as the introduction to Deadpool in the movies, for what it's worth. This is a nicely packaged Blu-Ray reissue, and a pretty cool film.
7 people found this helpful

Smart MonkeyReviewed in the United States on October 19, 2020
1.0 out of 5 stars
Do not buy the 2-disc edition
Verified purchase
When I buy a two-disc edition of something, I expect disc 1 to be the movie and disc 2 to be hours upon hours of bonus features. That was not the case here. This is just the normal 1-disc release with a bonus digital copy thrown in to inflate the disc count. What a ripoff! I hope I can get my money back.
4 people found this helpful

Spirit MessengerReviewed in the United States on March 29, 2015
5.0 out of 5 stars
Great Movie and Genuine Guy
Verified purchase
Love Hugh Jackman, this is a classic movie. This guy is also a very nice person. I meet him at Universal Studios back in 2003, before anybody else saw him. We talked for awhile about 15-20 mins.we talked about many things, his family, son and his wife, (she has the same first name as me) Australia, his first major movie, the movie with the vampires. I talked about the guy I was with, and the problems he had, and how he was treating me, head games, drinking, going out by the garages at the condo complex where we lived with a loaded gun, because he thought someone was trying to break into the his garage. Hugh Jackman listened , talked and gave me advice, to leave my boyfriend. He showed genuine concern, and was a good listener. My then boyfriend took a photo of us together, me and Hugh. After I got home, I moved out. The last time I talked to the ex_ boyfriend, he had the picture of me and Hugh, but I was to afraid of the exboyfriend to go get it. I wish I had the photo.
10 people found this helpful

SignladyReviewed in the United States on October 21, 2021
3.0 out of 5 stars
An ok movie
Verified purchase
This is an ok movie if you're like me and not a big comic book fan. Comic book fans don't like it bc it deviates.

However, this disc did not play well bc it has bad circular skid marks -

It's not a big deal bc I did order this 'used' - and I order about 20 used DVDs a year and very seldom have an issue - so one out of several dozen is not a big deal.

M. TrotterReviewed in the United States on September 22, 2021
3.0 out of 5 stars
The case I received is not the same as the one in the listing.
Verified purchase
The item I received is not the same as the item described and pictured. The UPC numbers are different. The case pictured in the listing is supposed to contain both a Blu-ray and DVD disc. The case I received has only one Blu-ray disc inside. And the graphics on the back of the case are also different.

writtenshadowReviewed in the United States on July 31, 2020
1.0 out of 5 stars
One of the most awful movies ever
Verified purchase
Read reviews online before you even think of watching it. Horrible writing, scenes that make no sense, so much lost opportunity. The best part of it is the first ten minutes with Ryan Reynolds. Decent acting from the good actors in it.

But the writers and director seriously don't know that a wolverine is not a wolf. And that's just the tip of the iceberg.

Do not watch.
See all reviews
Back to top
Get to Know Us
Make Money with Us
Amazon Payment Products
Let Us Help You
EnglishChoose a language for shopping. United StatesChoose a country/region for shopping.
© 1996-2022, Amazon.com, Inc. or its affiliates