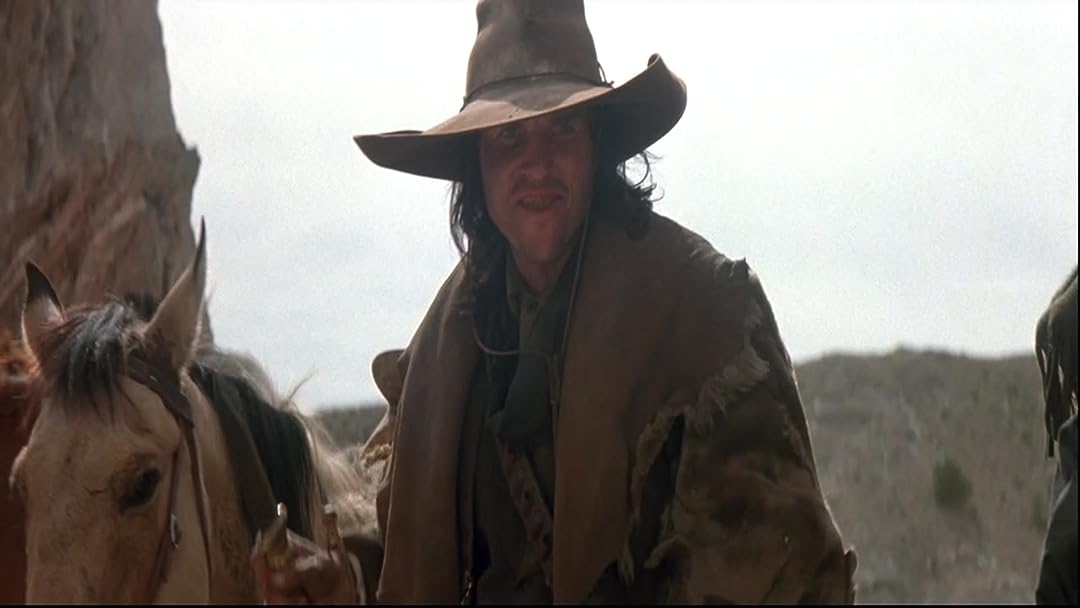 Michael Adam PellandReviewed in the United States on January 9, 2021
5.0 out of 5 stars
Fiction or truth?
Verified purchase
I have reason to believe that Brushy Bill Roberts WAS William H. Bonney/alias Billy the Kid. A few unknown facts; Pat Garrett had the body buried quickly before making a positive identification of the body. There were to many variables the Brushy Bill Roberts knew that could just be chocked up to dumb luck and chance. What happened in Fort Sumner for example was semi-accurate. Last known appearance of William Bonney was when he went to the cold house to get some food. ANYTHING could have happened in that time frame. How he faked his death though is still a matter for debate. Its assumed that perhaps Pat Garrett shot the wrong man.

Another thing is one couldn't really blame Bonney for what he did; he was a Lincoln Country Regulator. John Tunstall wasn't an accident. He was murdered by the Murphy-Dolan Gang, but as usual most politicians just turned a blind to it, that's how the Old West worked back then. A few things however ARE fiction; the Pennsylvania Kid wasn't a historical fact. Hendry William French wasn't a real character and Dirty Dave Rudabaugh wasn't involved with William Bonney's gang. As a Hispanic/Apache/Irish man myself though I can appreciate how Chavez ye Chavez was given credibility. Some people thought Billy the Kid was a ruthless killer when in fact he was one of the few white men who stood up for the Mexicano people of New Mexico. To this day I still consider him a hero to not only myself, but the other downtrodden peoples of New Mexico who have been conveniently forgotten just because they're Apache, Navajo and Spanish descent. William Bonney WAS a hero and nothing will ever change my mind on that.

Michael CastReviewed in the United States on April 8, 2015
5.0 out of 5 stars
BAD A$$ MOVIES, BAD A$$ SONGS!!
Verified purchase
At least once a year, I'll drag out my DVD of Young Guns and watch it. I owned it on VHS first, then bought the disc. And I watch out for Young Guns 2 to pop up on cable, or rent it after I watch the first. I have seen the two movies several times, DOZENS of times. Yes, it's THAT good. Young Guns, and this sequel, just had all the right chemistry to make magic! Pure magic.! Rare magic. The YG movies were by far Emilio Estevez's greatest work. He never quite rose to the level of fame attained by his bro, Charlie sheen, but for Billy the Kid? Estevez was a perfect fit; the crazy laugh, and lunatic antics, his portrayal of William H Bonnie was instrumental in making the whole thing work. I don't think anyone else could have pulled it off like Estevez. And the same could be said for Lou Diamond Phillips, he had (still has) some success, but also never quite made another splash as big as when he played the "Mexican-Indian" character, Chavez. Kiefer Sutherland did marginally better. He already had a classic under his belt with his first movie Lost Boys, and is now doing well with a popular cable series. But in Young Guns, all of them together, formed a sort of perfect cohesiveness. Also, I believe that Bon Jovi's hit songs (Wanted Dead Or Alive for YG, and Blaze of Glory for YG2) really combined with the production to make the whole thing a perfect finished product.. A SPECIAL sort of greatness. Good enough to be watched over and over.
26 people found this helpful

M. BrittonReviewed in the United States on May 20, 2015
1.0 out of 5 stars
The streaming version is NOT in its original 2.35 widescreen aspect ratio. This great movie deserves to be seen in its OAR.
Verified purchase
THIS REVIEW IS FOR THE AMAZON STREAMING VERSION. This great five star movie deserves to be seen in its original 2.35 aspect ratio and NOT 1.78 pan and scan! I am beyond words with my disappointment at Amazon for not displaying that this film is modified and not in its original widescreen aspect ratio. I could not get past the first five minutes because the picture is missing too much information on the sides. Characters are cropped off and there is actually panning and scanning!!! Ugh! I hate pan and scan on very widescreen movies!! Save your money and hope someday a 1080p blu ray is released IN ITS CORRECT WIDESCREEN ASPECT RATIO. Avoid this if you are a fan of widescreen movies!
21 people found this helpful

Barbara A PattersonReviewed in the United States on November 30, 2021
4.0 out of 5 stars
All lies.
Verified purchase
A fairly good 2 movies, but wrong. Chosen did not put up bounty money for Billy the Kid. Chosen and Murphy had a go to and Murphy lost. He bought the Governor though the government of New Mexico was crooked. Just as crooked as they are today. In that respect this state hasn't changed. Murphy was the groom and out to take Chisums' land. He lost and died. I live just a few miles from all of the happenings back then. What this movie and the first one told were not really correct.

Mortal FrailtyReviewed in the United States on May 15, 2013
5.0 out of 5 stars
Young Guns 2: dvd (keepcase version)
Verified purchase
I'm OCD when it comes to collectibles or even little things like cds or dvds. Some of you may know that the original release of this movie was with the older, paperboard cover dvd & those, IMO, scratch & don't age as well as the plastic keepcase versions of dvds. Not gonna lie- that's why I ordered this one. The movie itself, is good; not a western classic by any means, but there are some memorable performances and it brings closure to the Billy the Kid & Regulators story that we saw in the original Young Guns. The Young Guns movies depict the wild west as a very rough and unrelenting landscape, despite Billy the Kid's niave & cocky attaitude or ability to survive uncanny odds. Well, those odds finally catch up to the rest of the surviving Regulators; while their cause was just (retribution from a culture/gang war that took the life of their mentor and father-figure guardian), Billy the Kid's gang become outlaws and are hunted down by every bounty hunter, militia, military & sheriff in the west by the end. If you're a fan of westerns and don't mind a little modernism influence (electric guitar for music in certain scenes, Bon Jovi doing the soundtrack, lol), but love a good violent and gritty take on cowboys, then watch Young Guns & then this movie. It's a shame that Grissom (William Peterson) wasn't cast as Pat Garrett in the first movie; I'm not a fan of recasting in sequels but this one is definitely a better change in the second film.
2 people found this helpful

Mark J. HouseReviewed in the United States on February 28, 2015
5.0 out of 5 stars
Best Western Movie Ever
Verified purchase
Some legends are made in a blaze of glory. The Regulator gang is caught and jailed in Lincoln County. However, Billy the Kid breaks loose with his gang before the execution date and continues life on the run. The all-star cast from the first movie of the same name reprise their roles as the most famous Old West gang in recorded history. Bon Jovi supplies the soundtrack with the Emmy award winning song "Blaze of Glory". In 1879, Lincoln County is far more peaceful but the grudges remain. The Regulators are moving to Mexico but face stiff opposition from Billy the Kid's former friend named Pat Garrett. Was Billy the Kid actually shot by Garrett or was Brushy Bill, a man in the early 1900's, actually Billy the Kid who had connections with some U.S. Marshalls to get him out of the mess? You decide but remember to this day that there is some evidence for both sides.
6 people found this helpful

JoshReviewed in the United States on October 27, 2015
4.0 out of 5 stars
Just as good as the first
Verified purchase
One of the few sequels that can stand along side the first. The first introduced us to Billy the Kid. The sequel shows the rest of the story. The cool thing to do is bash it for the cast. But honestly, they all do really good jobs. Keifer is great as Doc as usual. Chavez Chavez is easily Lou Diamond Phillips best role. And it's probably Emilio's best role as well. At least he added his own touch to the character and really went after it. He tries to become the Kid and I like that from an actor. And in part II, I would say might be Christian Slater's best role. The only thing I would say against it is, it just feels like a big Hollywood movie. Unlike an Unforgiven or Josey Wales or something like that. But that's just nit-picking. The cinematography is outstanding. Some really good looking scenery that feels like the west. Some of the shots are just great. I have no problem saying both Young Guns are really good westerns. Not totally 100% historically accurate but it's close.
6 people found this helpful

sarah trevinoReviewed in the United States on February 6, 2014
5.0 out of 5 stars
Came in perfect condition
Verified purchase
Nothing wrong with the disc and/or the cover to it. The brat pack is back in Young Guns II, and they brought more guns. Where the first movie takes on the legend of the rise of Billy the Kid, this movie takes on the demise. Or I should say the alleged demise and suggests that there may be more to the story than history books are willing to tell. They go further with the action and youthful enthusiasm and move away from many of the revenge and comedic elements that made the first movie work. Not a bad movie, but not as good as the first. If you are looking for a first class western, keep looking. If you want a boys playing with guns in an action film set in the west, then you found what you are looking for.
2 people found this helpful
See all reviews
Back to top
Get to Know Us
Make Money with Us
Amazon Payment Products
Let Us Help You
EnglishChoose a language for shopping. United StatesChoose a country/region for shopping.
© 1996-2022, Amazon.com, Inc. or its affiliates