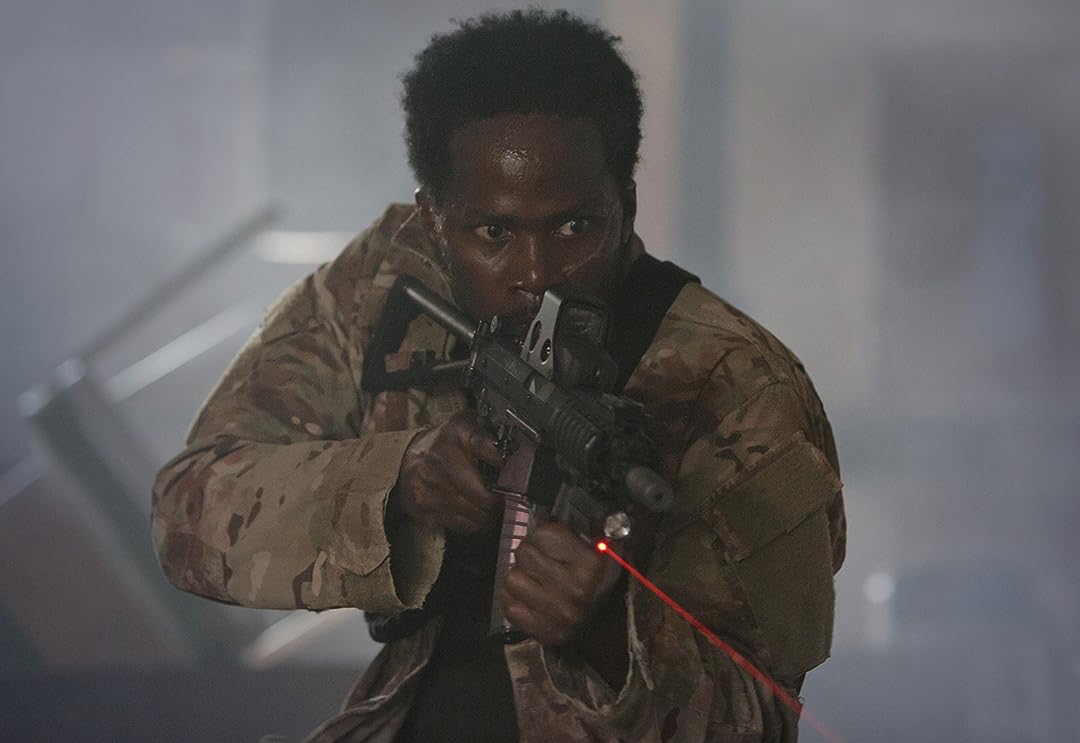 (998)
6.72014X-RayTV-14
Z Nation depicts the epic struggle to save humanity after a zombie apocalypse. The series is a dynamic ensemble drama that plunges viewers into a fully-imagined, post-zombie America, and takes them on adventures with a diverse group of richly-drawn characters.

Christa AurandReviewed in the United States on March 8, 2019
5.0 out of 5 stars
Better than the walking dead right now
Verified purchase
Recently only got into it because walking dead has been disappointing, didn't really like it when it was first on, because it reminded me of those crappy B rated movies and I HATE those, but like I said with walking deads recent disappointments, I decided to watch it, I LOVE it now!

Watched it on netflix, favorite character is 10k, so I saw that my local walmart had the first 3 seasons in a combo pack so I decided to buy it, low and behold I get home, open it, and I am greeted with double copies of season 2 and 1 of season 3 but am given no season 1, hence why I purchased it from Amazon.

I am disappointed to find that season 4 and 5 arent available to purchase straight from america considering syfy is an american television channel, and will be instead forced to also purchase a special dvd player just so I could watch those seasons, IF I ever consider buying those seasons.

mshlmreeReviewed in the United States on December 26, 2018
5.0 out of 5 stars
Love this series
Verified purchase
Absolutely love this series if you want to see a somewhat comical post apocalyptic series this is awesome. Love rewatching it cracks me up.
One person found this helpful

The characters make the show as does the plot of a half-zombie, who has immunity and some of the powers of the walking dead because he took an experimental vaccine, before the facility was run over by the dead.

It has some really funny moments, which makes it worth watching alone. It's worth a watch and could end up a heavy competitor of the Walking Dead, if future seasons are as good.

trufflekingReviewed in the United States on October 13, 2014
4.0 out of 5 stars
Syfy does Zombieland.
Verified purchase
Ok, so it's another version of the zombie apocalypse, and there aren't many new takes on plots or characters. You're either entertained or not. It's from the Syfy channel, so if you're expecting high art, please go to France and watch an old Jerry Lewis movie. Walking Dead, a great series, but very serious about the situation. Z nation, more tongue in cheek and having fun with it. The Liberty Bell scene in Episode 3 is an instant zombie classic. Sure the series is bound to get boring after a bit, but having fun with it so far. Value for money spent.
One person found this helpful

DRReviewed in the United States on November 7, 2015
5.0 out of 5 stars
Great story, great action, great characters.
Verified purchase
I've seen the first 7 episodes of the first season and love it. It is very original and unique for a post-apocalyptic zombie story. It has some really great people trying to survive after the apocalypse. I especially love the storyline of the guy who is immune that they are trying to get to some medical professionals so they can make a serum.
One person found this helpful

warrenReviewed in the United States on March 31, 2019
3.0 out of 5 stars
this is no walking dead
Verified purchase
this is no walking dead, but could have been with a faster story pace and characters you want to root for. I gave this a chance and could not stay with it any longer. I need some writing that i can care about the characters and look forward to the next season. I just could not do that here.

Full Metal GReviewed in the United States on January 5, 2015
5.0 out of 5 stars
Brilliant, with the stress on the "B" (for the ...
Verified purchase
Brilliant, with the stress on the "B", and for the whole first season, not any particular episode (PLEASE let there be more!). There are good episodes and not so good ones, but this is absolute primo "B" movie stuff: light, airy, fun goofy treatment of an old genre. Neat story telling: doesn't get too hung up on itself, characters you like that are at once formulaic, and yet somehow engaging... Oh and it grows on you: a lot.
2 people found this helpful

Jazmine Rose JoplinReviewed in the United States on April 28, 2021
5.0 out of 5 stars
New great disks, not scratched.
Verified purchase
Fast delivery, great new disks, not scratched. interesting show.
See all reviews
Back to top
Get to Know Us
Make Money with Us
Amazon Payment Products
Let Us Help You
EnglishChoose a language for shopping. United StatesChoose a country/region for shopping.
© 1996-2021, Amazon.com, Inc. or its affiliates