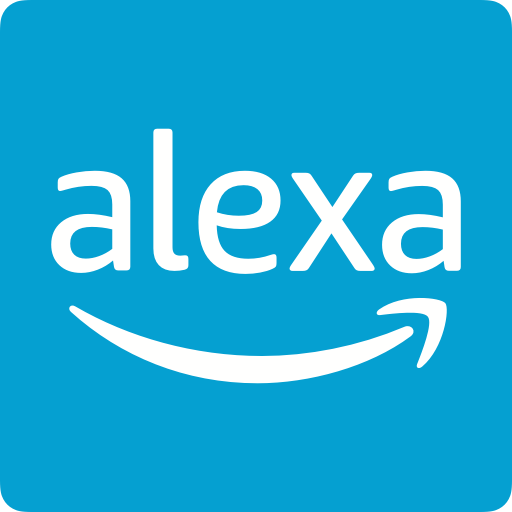 By placing your order, you agree to our Terms of Use

Use the Amazon Alexa App to set up your Alexa-enabled devices, listen to music, create shopping lists, get news updates, and much more. The more you use Alexa, the more she adapts to your voice, vocabulary, and personal preferences.

MANAGE YOUR DEVICES
• Set up your Alexa-enabled devices, control or check status of your compatible smart lights, locks and thermostats at home or on the go
• Create routines to automate your smart home devices

MUSIC & BOOKS
• Connect to music services like Amazon Music, Pandora, Spotify, TuneIn, and iHeartRadio. Choose a song or playlist and listen on your Alexa-enabled devices
• Create speaker groups to play music across your compatible Echo devices for multi-room music

ORGANIZE YOUR DAY
• View and edit shopping and to-do lists on the go, get weather and news updates, set timers and alarms, and more

STAY CONNECTED
• Use Drop In from your app to connect instantly with your compatible Echo devices at home, like a two-way intercom
• Call or message supported Alexa-enabled devices, at no additional cost or call most phone numbers in the US, Canada and Mexico – for free

4.5 out of 5 stars
4.5 out of 5
94,012 global ratings
How are ratings calculated?
To calculate the overall star rating and percentage breakdown by star, we don’t use a simple average. Instead, our system considers things like how recent a review is and if the reviewer bought the item on Amazon. It also analyzes reviews to verify trustworthiness.

Ellen Ersted
5.0 out of 5 stars Will buy again
Reviewed in the United States on November 25, 2021
Verified Purchase
I love this app!! "She" gives me the forecast daily and is very responsive.
Read more
7 people found this helpful
Helpful
Sending feedback...
Thank you for your feedback.
Sorry, we failed to record your vote. Please try again
Report abuse

Amie
1.0 out of 5 stars Completely Incompatible with Audible
Reviewed in the United States on November 24, 2021
Verified Purchase
I have a large Audible library. Regardless of the device hosting Alexa and it’s hardware, Alexa cannot seem to reliably understand the title of the audio book for which I ask. It’s extremely frustrating.

It doesn’t seem to have a problem with anything else that I say. English is my first language, and I have an upper midwestern American accent — not an unusual accent by any means. I think the issue is a fundamental incompatibility between Audible and Alexa.
Read more
One person found this helpful
Helpful
Sending feedback...
Thank you for your feedback.
Sorry, we failed to record your vote. Please try again
Report abuse

Annie K
3.0 out of 5 stars It doesn't understand me
Reviewed in the United States on November 24, 2021
Verified Purchase
I was raised in West Virginia and I have a thick southern accent. A lot of my music involves words that omit the ending G. As in "Savin' the Honky-tonks" an album by Mark Chestnutt. If you pronounce it "normally" the way a country singer sings it, Alexa will not understand it. I figured out that it reads it as "savin" like seven but with an A. That's inconvenient. Alexa should understand that abbreviation.
Read more
Helpful
Sending feedback...
Thank you for your feedback.
Sorry, we failed to record your vote. Please try again
Report abuse

Alejandro Diaz
5.0 out of 5 stars The best
Reviewed in the United States on August 18, 2021
Verified Purchase
Is the best smart device ever, freely customizing platforms, a must for people with disabilities and mobility problems, the sky is the limit with this Alexa system.
Read more
13 people found this helpful
Helpful
Sending feedback...
Thank you for your feedback.
Sorry, we failed to record your vote. Please try again
Report abuse

Paul S. Pfeiffer
5.0 out of 5 stars Perfect
Reviewed in the United States on November 27, 2021
Verified Purchase
Has worked perfectly, easy installation, the only issue is sometimes it has problem controlling Mass lights.
Read more
One person found this helpful
Helpful
Sending feedback...
Thank you for your feedback.
Sorry, we failed to record your vote. Please try again
Report abuse

Asha881
3.0 out of 5 stars Alexa app
Reviewed in the United States on March 15, 2021
Verified Purchase
The app has been acting up and customer service has provided no help.
Read more
8 people found this helpful
Helpful
Sending feedback...
Thank you for your feedback.
Sorry, we failed to record your vote. Please try again
Report abuse

Roger
5.0 out of 5 stars Fun Product - I love Alexa!
Reviewed in the United States on January 28, 2016
Verified Purchase
I love Alexa but she refuses to marry me! Actually, this is a fun product. A week ago I was out of town and selected I Love You Baby for me wife. She was not amused because I set the volume to high and she didn't know how to turn it down or off. I got a frantic text message asking what to do! I didn't tell her what I did, so don't spill the beans.
All joking aside, this product is continuing to evolve with almost weekly updates.
Read more
5 people found this helpful
Helpful
Sending feedback...
Thank you for your feedback.
Sorry, we failed to record your vote. Please try again
Report abuse
See all reviews

Translate all reviews to English

Images in this review

21 people found this helpful
Report abuse
Translate review to English
See all reviews
Amazon Appstore Return Policy
Back to top
Get to Know Us
Make Money with Us
Amazon Payment Products
Let Us Help You
EnglishChoose a language for shopping. United StatesChoose a country/region for shopping.
© 1996-2021, Amazon.com, Inc. or its affiliates