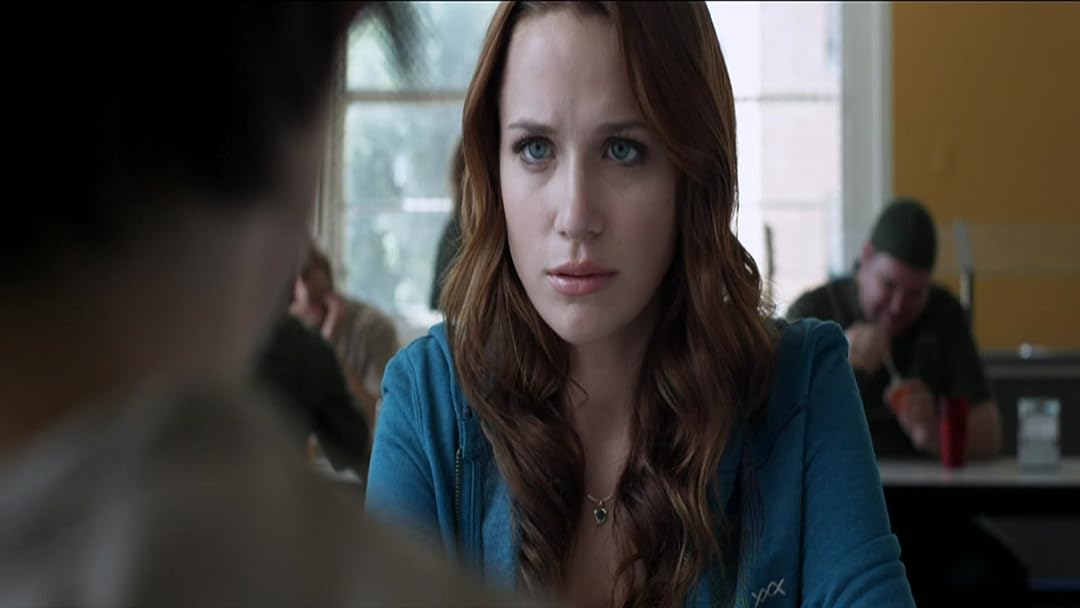 (27)
4.91 h 30 min201318+
A harrowing journey down the dark spiral of drug addiction. As Stephen Jameson's carefully constructed life slowly falls apart, his belief system is shattered when he discovers that he's no longer the functioning addict that he once was.

An Old Hippie ChickReviewed in the United States on November 18, 2017
4.0 out of 5 stars
Powerul but Needed More Accurate Detail
Verified purchase
Better than most of the movies in the genre, especially at portraying the truth about inpatient rehab centers. In truth, especially in places where many of the "patients" are only there to avoid prison--for a while--the reality of predatory inmate/patients who prey upon vulnerable ones is inescapable, and the behavior is, if not rewarded, certainly not punished. That was one of the places where I had to suspecd my disbelief, as a young man with no legal problems and wealthy parents would be unlikely to spend his first rehab experience in a rehab that was basically a substitute for jail. He'd be much likelier to be in the "Clean and Sober" or "When a Man Loves a Woman" nice clean treatment centers with other patients who were nice ladies and gentlemen. Maybe his folks were just cheap.

I wasn't real sure about the ending. Was it reality or was it a dream? Since they showed the flashbacks of him with the one girl he was with when he overdosed the first time, and going into that dream world, I thought perhaps it was another dream sequence. If it was supposed to be reality, however, I again felt I had to suspend my disbelief. Generally people who have just come out of rehab are able to hold out a little longer. But, the truth is, that if they use, especially drugs like heroin or methadone, their tolerance will have been reduced by a month of two clean. If they use the same amount--and he'd overdosed once on this drug, whatever it was (probably supposed to be heroin) before he went to treatment--often they overdose on an amount they were able to do before.

A couple of other questions: What were he and his friend making in his friend's house? The only drugs that people, even those who know a little chemistry, make in their kitchens are crystal methamphetamine and a few designer drugs. Heroin and cocaine come from plants. I suppose it's possible they could have been purifying either, or processing black tar heroin into white heroin. I've never heard of anyone doing that in a home lab, though, so my guess is crystal meth. There's also fentanyl powder, but making black market fentanyl, which there is a lot of these days. However, nobody makes that in a home lab either. Last but not least, what did Molly overdose on when she shot up on the roof? It looked like a bottle of drain cleaner, but I can't imagine anyone wanting to die badly enough to shoot up drain cleaner. Do you know how painful that would be?

Altogether, a worthy effort, but with just a little bit more attention to detail, it could have been outstanding.

Micah, the movie loverReviewed in the United States on July 19, 2015
4.0 out of 5 stars
IN MY POCKET was a sad, but very real story that happens more often than we'd like to believe. Worth a watch!
Verified purchase
As someone who grew up with addiction all around me, in both my family and friends, IN MY POCKET was very believable and definitely showed how difficult it is to stay clean and sober, even with parental love and support, a loving girlfriend and a new lease on life! As sad as the ending was, I was actually glad that the filmmakers chose to end this way instead of having everyone "live happily ever after" because the ending was much more true to life, unfortunately. All too often, people who are not educated about addiction and alcoholism think that if the addict goes to rehab or goes to a 12 step program that as soon as they come out of treatment, their problems will be over! It's really almost the opposite. Treatment interrupts the user or detoxes that person, but as soon as they get out, the "real world" problems are all still there and it's even more of a challenge to stay clean and sober once one does leave treatment. More often than not, what happened to "Steven" isn't that rare and this film did a good job of showing how easy it is to relapse and how easy it is to overdose, despite the addict's intention to stay abstinent. I have known a couple of people who did almost the exact thing that "Steven" did; they'd been clean for a few months, everything was going well and they happened to find a small amount of drugs in a pocket or their room, etc. and proceeded to do the same and ended up dead of an overdose. A sad, but very real, story.
5 people found this helpful

ZosiaReviewed in the United States on July 15, 2016
5.0 out of 5 stars
IN MY POCKET is an accurate depiction of addiction. It is a dark ugly place...
Verified purchase
IN MY POCKET is an accurate depiction of addiction and recovery. Addiction is an extremely dark place and incomprehensible to those who have never had the experience. This movie gives you a glimpse into this world... As a recovering addict myself, I know the challenges of the early stages of recovery. I did not relapse because I felt so much better without the drugs in my system. I self admitted to rehab and didn't realize how close I was to death. My addiction was precipitated by two brutal cervical spine surgeries that required a high level of pain medication. It is more common that you would think that addicts die if they relapse after treatment. They do not have the tolerance for the drug (particularly opiates) as they did in active addiction. They tend to return to the doses they used before they went to rehab. They no longer have the tolerance they had in active use and they overdose and die. It is advised that while in rehab friends or family members go through their residence to eliminate any drugs that might be remaining in their home. Unfortunately, that doesn't always happen....
2 people found this helpful

Kiana RoseReviewed in the United States on August 31, 2019
2.0 out of 5 stars
To keep it short: Bad writing
Verified purchase
This movie looked promising and had a story worth telling. The acting was decent and it's the only reason it got two stars. The lead actor was the reason I even finished the movie. BUT; The writing was horrible, the story did not make sense and had many plot lines that were completely unnecessary. I really wanted it to be good but it wasn't, I wouldn't waste your time watching it.
2 people found this helpful

BrentReviewed in the United States on July 21, 2019
4.0 out of 5 stars
You choose life or death
Verified purchase
There should be no coddling. Life or death. Your choice.
2 people found this helpful

Francis RogersReviewed in the United States on January 4, 2022
2.0 out of 5 stars
I lasted 10 minutes.
Verified purchase
The music alone was enough to turn it off. Been done a hundred other times, better.

duffydanjReviewed in the United States on January 11, 2020
2.0 out of 5 stars
Not an appropriate addiction film
Verified purchase
Disappointed in this film. MI’m re relational than focusing on addiction which is a category it’s listed under. Not suitable for all audiences due to graphic sex scenes.

Movie CriticReviewed in the United States on February 24, 2021
5.0 out of 5 stars
I thoroughly enjoyed the acting in the storytelling
Verified purchase
I loved the realism of the story and Regardless of your class, poor or wealthy, drugs impact our society the same way. I thoroughly enjoyed the acting in the storytelling
See all reviews
Back to top
Get to Know Us
Make Money with Us
Amazon Payment Products
Let Us Help You
EnglishChoose a language for shopping. United StatesChoose a country/region for shopping.
© 1996-2022, Amazon.com, Inc. or its affiliates