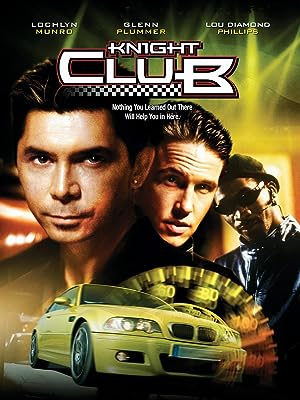 cjPhoenixReviewed in the United States on July 8, 2019
4.0 out of 5 stars
I like Lou Diamond Phillips movies...for some reason
Verified purchase
I love the fact that no matter the movie, Lou Diamond Phillips always seems to be giving it his best. The guy has been in many low-budget films but I think that is what makes them fun to watch. This is not great drama, it's not flashy high-tech, but a decent story that will keep you entertained for about two hours or so.

lonerReviewed in the United States on April 29, 2021
2.0 out of 5 stars
Corny
Verified purchase
Lousy dialogue and crummy direction

scottReviewed in the United States on May 5, 2013
1.0 out of 5 stars
these movie blows
Verified purchase
i got this movie thought it real cool but it blew chucks could not fallow it at times and i just sucked.

Donna MccoolReviewed in the United States on May 28, 2009
2.0 out of 5 stars
so-so
Verified purchase
We got this only because Lou Diamond Phillips was in it.It wasn't something we couldn't have done without.

Michael ButtsReviewed in the United States on October 7, 2004
3.0 out of 5 stars
THE BIG BOUNCE
An unusual drama that follows the life of acting wannabe Gary, played with a strut and cocky demeanor by sometimes underappreciated Lochlyn Munro. Munro's best role has been as the jock in the first two SCARY MOVIE spoofs, but he takes on a more serious role in this unusual drama. Munro lands a parttime gig as a bouncer in a ritzy LA Club, run by the ubiquitous Lou Diamond Phillips. At first a laid back, nice All American guy who still calls his mother, Munro evolves into a thuggish, self-centered, cocaine snorting, alcohol swizzling tough guy. As his reputation grows, he is recruited by rival club owner Andrew Divoff (Wishmaster), a Russian mafia member. Phillips vows he'll get even with Munro for leaving him, and he does in a pretty predictable way. Ed Lauter is around as the fire marshal who ends up closing down Divoff's club, setting the scene for the movie's tragic finale.

The moral obviously is don't get greedy and don't leave your friends behind. Munro is appropriately effective, and Phillips is better than usual. Divoff chews up his brief scenes, and the glittery night club life of LA is caught, down to the massive lines who'll wait hours just to get into the club.

Not a classic, but an original theme given an okay delivery.
2 people found this helpful

380 megaXtremeReviewed in the United States on April 27, 2018
4.0 out of 5 stars
awesome movie, this needs to be done again in 2018 with crazier cooler stuff
This is lou diamond phillips best work ever, they should have made a knight club 2 & 3 & 4 etc. etc. This was awesome, I just wish they made more movies like this with crazier stuff doing down and cooler stuff going down. LDP should have made a ton of movies like this and go down a legend forget about all that critically acclaimed actor stuff, just make tons of B movies with kick-A stuff going down.
See all reviews
Back to top
Get to Know Us
Make Money with Us
Amazon Payment Products
Let Us Help You
EnglishChoose a language for shopping. United StatesChoose a country/region for shopping.
© 1996-2022, Amazon.com, Inc. or its affiliates