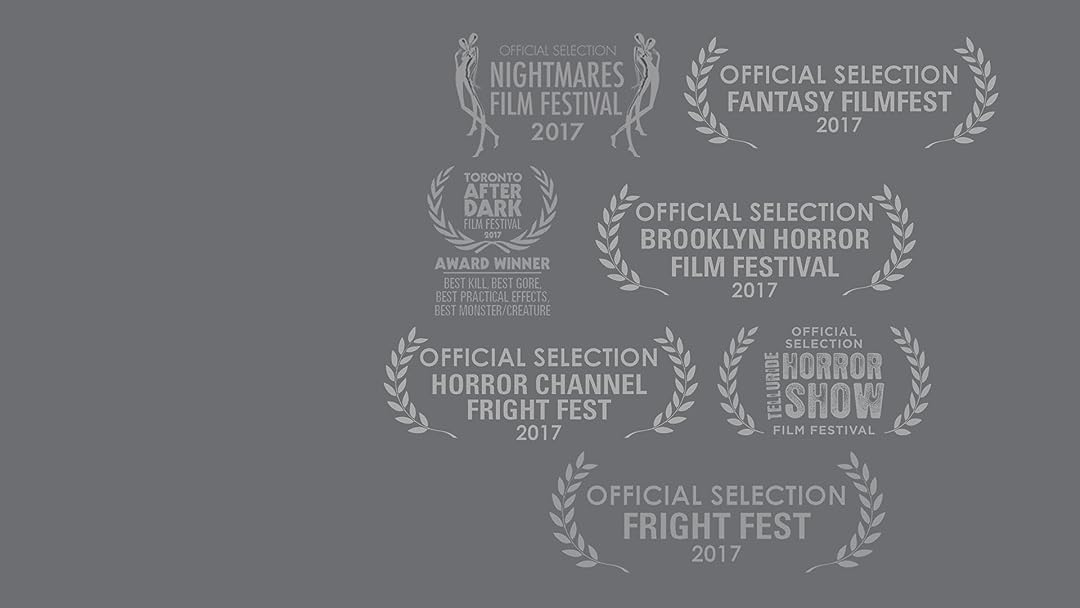 (710)
5.51 h 22 min201718+
Ten years after the horrific massacre, lone survivor Andrew Yong is forced to return to Honey Island Swamp, but in a twist of fate, Victor Crowley is mistakenly resurrected and Yong must face the bloodthirsty ghost from his past.

JraptorReviewed in the United States on May 12, 2019
2.0 out of 5 stars
The magic is gone. They need to find it again or it’s over man, it’s over.
Verified purchase
I loved the first in this series. The second was pretty good too. The third...the third was getting tired. The fourth is D.O.A.
I consider myself a fan and bought this film the second I saw it. I later regretted it.
Watch Feast. It goes downhill fast too but it is butter and you are still grossing out at the end of Feast III.
I can’t recommend Victory Crowley. Maybe when its free on prime but don’t expect much.
Let’s get the act together again Corwley; you were one of the best. You haven’t lost it yet, but one more and I am gone.

Anthoy F. StefaniReviewed in the United States on May 5, 2018
5.0 out of 5 stars
Chopped
Verified purchase
The best of all the Hatchet films. The practical gore effects are over the top, the way they resurrect Crowley's restless spirit is inventive and it was just a fun movie all around with a very sly sense of humor that did not sacrifice the fun or the scares. I would look forward to the continued Carnage of this new horror icon. The first Hatchet was really good, the second Hatchet was a Snoozefest, the third Hatchet held its own but this one is the best of them all.
10 people found this helpful

rdx2012Reviewed in the United States on June 14, 2020
2.0 out of 5 stars
Another disappointment
Verified purchase
After a great cold open (typical of Adam Green movies), the movie loses momentum very quickly (typical of Adam Green movies). It wastes an eclectic and interesting cast saddling them with truly obnoxious characters. The movie spends too much time in the plane and the kills are the equivalent of running out of the plane only for Victor to kill them (albeit in creative fashion). Felissa Rose and Dave Sheridan steal the show and deserved to have a better movie around them. The movie also ends very abruptly as if they ran out of money. Adam Green is a very likable guy and I wish him all the success in the world but his movies are simply not my cup of tea. Maybe they will be yours.
One person found this helpful

Amazon CustomerReviewed in the United States on August 17, 2019
5.0 out of 5 stars
a Cult Classic
Verified purchase
Watched the entire series recently on Prime & this one on HBO, and just like the rest of the other films there's a slow start introducing characters and plot to get the ball rolling, then the fun starts when the body count begins. What's weird is the 1960's flashback at the start of the film. I doubt there is any relevance to that date, but merely to introduce newcomers to the series about Victor Crowley (follows the formula for the first 3 films where someone dies at the beginning). Directly after that scene they narrate his origin story to set the tone, but I thought those scenes were unnecessary. Hell, I think the movie can do without those scenes, but it definitely serves as a setup for the coming death scenes.

The practical effects hold up great; they work well in the death scenes and for a villain affected by voodoo. Other Horror franchises that try to be serious and intense are irritable, and mostly unbearable. And because there are purely practical effects, tells that the story doesn't need to take itself seriously. body parts don't rip off through sheer force! even the sound effects contribute to this idea. limps flying that sound like raw meat slapping together; I honestly laugh every time.

That said there is some predictability as expected, but watch it with the expectation you had with the first film (campy, hilarious, brutal, fun) and you will enjoy it. The kills are worth the watch; you get a myriad of death scenes ranging from brutal to sad, but the funniest death had to be the writer's agent - it's sick and twisted, and it gave me a good laugh. Some nudity, but surprisingly not during any deaths. Enjoy the ride it for what it's worth.

M. NelsonReviewed in the United States on April 26, 2018
2.0 out of 5 stars
Time to Let Victor Rest
Verified purchase
A plane crashes in Victor Crowley's back yard and he proceeds to slaughter the survivors mercilessly.

I want to first state that I quite enjoy the first Hatchet movie. It doesn't try to be anything but a gory throwback to 1980s slasher movies. It actually succeeds better than a good number of 1980s slashers, too. It has a good sense of humor about itself and some astonishingly gruesome effects. It doesn't attempt to be anything more than an entertaining B-movie and it succeeds.

The first sequel started showing some mean-spiritedness that bothered me, and so it's probably my least favorite of the bunch. The second sequel is a slight step up, but the budget starts to show and the effects start to look cheap. I was hoping this, the third sequel in the series, would be a stronger entry, if only because Adam Green returned to the director's chair. But ...

On the one hand, Green knows how to use his small budget well. He keeps a lot of the story contained on the crashed plane, which undoubtedly saved a bunch of money. But, there's still a slight sense of mean-spiritedness to it. I don't want to spoil it, but the drowning death seemed like an attempt to tug at heartstrings and it failed. It only felt cheap. There's also a death that's incredibly cartoony, but also pretty damn mean-spirited, and I didn't know what to make of it. It certainly didn't add to my enjoyment any. The humor is also fairly hammy this time around. One lead character is practically a cartoon.

I really, really wanted to like this, but now I'm wondering if maybe it's time to let Victor rest.

EinsatzReviewed in the United States on May 11, 2020
4.0 out of 5 stars
When not to repeat a Voodoo curse that you know already works…
Verified purchase
I wanted to love it…but I couldn’t…it was too top-heavy on the comedy aspect while slacking off on the hoped-for gore and the expected mayhem that came to the party too late and left way too early. Leaving me with…is that all there is! Bickering bodies-to-be, yapping endlessly, where was Victor when we really needed him! If I wanted a sitcom I would have watched one and not this! The ratio between the so-called comedy and the horror was off-kilter.
But. I’ll begrudgingly give it four stars anyway, for sentimental reasons.
2 people found this helpful

AyanaReviewed in the United States on January 16, 2021
5.0 out of 5 stars
Hilarious!
Verified purchase
I am hooked on the Hatchet/Victor Crowley series! I was in tears laughing so hard as I watched! I don't believe comedy-horror is a genre, but it should be--a funny, well-acted, and original storyline. Certainly not a horror film you should take seriously, but loads of fun. I like that they recast Parry Shen in each of the four films as a different character-- a unique way of reusing a talented and funny actor. I can't wait for the next movie in the sequel.

JoshuaReviewed in the United States on February 24, 2019
1.0 out of 5 stars
Fell asleep
Verified purchase
Fell asleep by the 30 minute mark. boring and jokes are lame as hell. Oh look an incest joke with a girl flashing - wow so edgy and funny. Oh there is the typical gay man who dose makeup - so original and funny HAHAHAHA? Yeah no this movie did nothing for me, but I got some sleep out of it so ill give a star for that.
2 people found this helpful
See all reviews
Back to top
Get to Know Us
Make Money with Us
Amazon Payment Products
Let Us Help You
EnglishChoose a language for shopping. United StatesChoose a country/region for shopping.
© 1996-2022, Amazon.com, Inc. or its affiliates