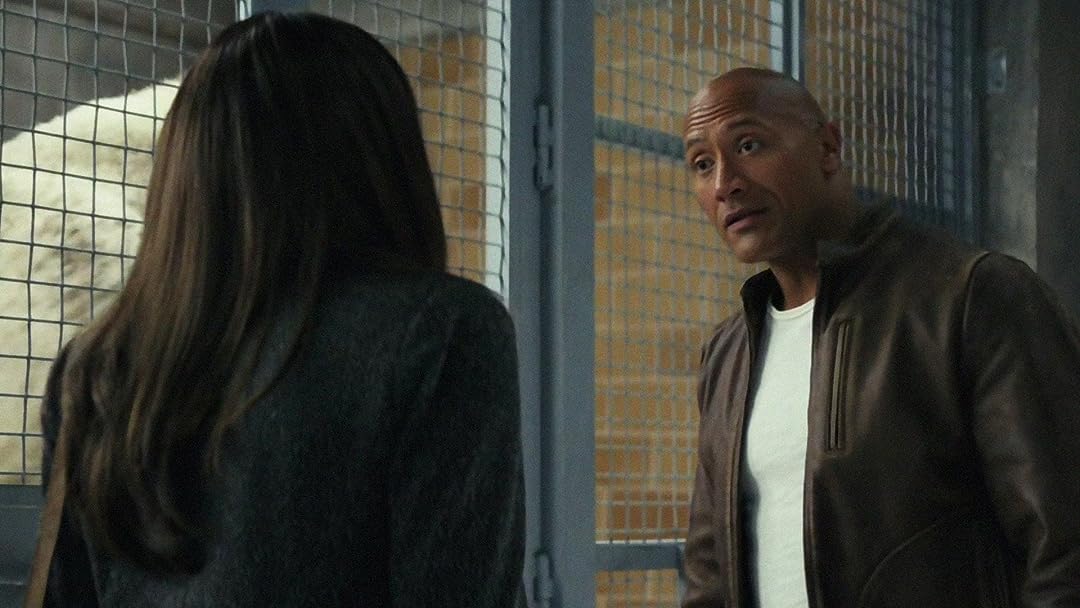 (21,492)
6.11 h 47 min2018X-RayPG-13
When a genetic experiment goes awry, it unleashes super creatures that rampage the city. Scientist Davis races to secure an antidote to try to save the ape that was once his friend.

C.T.M.Reviewed in the United States on September 2, 2018
5.0 out of 5 stars
Sure, it's cheesy and predictable, but it's also a fun movie!
Verified purchase
I'll be brief:

Is it cheesy? Yes. Is the script and plot predictable? Absolutely. Is it still a lot of fun to watch? You betcha!

Here's the thing, most movies coming out of Hollywood are average at best and it's all been done over and over again. Rarely are you going to watch a movie today that's truly a classic. So, at the end of the day it comes down to a few things:
1. Is it visually stimulating?
2. Is it immersive?
3. Are the actors enjoyable?
4. Did I enjoy watching the movie?
5. Did it pass time well?

The answer to all five for me was an emphatic yes. In the end, while not a great actor in a traditional sense, The Rock is pretty much always entertaining and this movie was more or less a feel good, happy ending that you saw coming but there was enough tension and plot to make it interesting at all times.

Watch it, I'm pretty sure you'll enjoy it!

TishavensReviewed in the United States on August 26, 2018
4.0 out of 5 stars
Terrible and Enjoyable flick
Verified purchase
This movie is pretty terrible. And I enjoyed every minute of it.

It’s your basic disaster movie. The science is bad, and you could drive a tank through the plot holes.

Yet with Dwayne’s Johnson’s characteristic smile and not taking himself too seriously style, it was an enjoyable fun flick for a random Saturday night.
38 people found this helpful

Dawn P.Reviewed in the United States on August 21, 2018
3.0 out of 5 stars
Cute, but just okay.
Verified purchase
My fiance wanted to watch this movie as he used to play the game. I guess it is helpful to know that this was based on a video game. He loved the movie because he said that it was a lot like the game. I had not heard of, or played the game, so I think some of it fell flat for me. Overall good performance by The Rock. His performance helped ease the way through the movie. Not a total waste of date night, but I would not watch it again.
30 people found this helpful

vyeranosReviewed in the United States on September 30, 2018
4.0 out of 5 stars
Entertaining and got what I expected
Verified purchase
I don't write alot of movie reviews but felt this movie deserved better reviews than it seems to be getting. First off, It's Dwayne Johnson, so expect it to be a Dwayne Johnson movie (action, friendly, action, tongue in cheek humor). It's not like I expected serious theatrical drama. Can anyone ever see "The Rock" playing Hamlet or King Lear? His physical presence is just too distracting. It uses the game more for inspiration than to mirror it. Sit back at home, and enjoy. Hope this is Helpful. :)
26 people found this helpful

SDAmazonReviewed in the United States on August 12, 2018
5.0 out of 5 stars
Great Movie Night Selection
Verified purchase
Cool movie, I liked this, very entertaining and was a good movie night selection. You should expect what this is, just entertainment, Dwayne as always is a humorous, likable hero, Naomie was good has his counterpart throughout. The relationship between the two worked and gave it a little depth. The rest of the cast added enough to keep it interesting and not just about the action.
18 people found this helpful

K.Reviewed in the United States on October 29, 2018
5.0 out of 5 stars
A heck of a lot of fun, with a surprising dose of reality.
Verified purchase
Let me start by saying the movie isn't preachy, lest you get the wrong idea. I will also say that I'm not going to run down the entire plot like so many do. I just have a couple of interesting points to make that you may enjoy.

This is an absolute blast to watch, with your brain turned on OR off. If you are considering watching it, you should. This is certainly one to buy on Bluray, though. The effects just won't be done justice by streaming.

What I want to point out is the background of two of the characters.

Poaching is mentioned, and dealt with for a little while. The lead mentions having hunted down poachers, and some brief flashes and dialog illustrates what he encountered in the process. Now, I've been in those environments and situations personally, and what I can tell you is that they absolutely nailed it.

They didn't dig too far, as it's a comedy action movie, but those characters absolutely needed a background, and they got one. That part of his history is as accurate as any such treatment you'll find in cinema; more accurate, actually. It's probably the closest most will ever get to chasing down poachers in that part of the world.

Beyond that (and it's passed up quickly, I assure you) you're going to have one heck of a ride.

I used to play the game in the arcades, and I never thought out of all of those cabinets this would get the Hollywood treatment, but I'm glad it did. It works, and it's a lot of fun. It just so happens I've a similar set of experiences, and I think people should know that those things are real, if they're curious about it.
15 people found this helpful

Baja LindaReviewed in the United States on July 8, 2018
5.0 out of 5 stars
Great movie!
Verified purchase
I was pleasantly surprised, this actually turned out to be a great movie, action and humor.
23 people found this helpful

Mark Twain StudentReviewed in the United States on October 24, 2018
4.0 out of 5 stars
Great fun, I would have given it 5 stars ...
Verified purchase
Great fun, I would have given it 5 stars if it wasn't so violent, since that didn't add anything to it. We already know the video game, so people die and get eaten... They could have done it without showing as much killing but left it implied, fade to other shot, etc. Also, it is kind of a B movie for the story. The quality is A, the actors are A, but the story is lacking any depth. It starts out strong, and with great characters, but after that it is pretty much wreck, kill, fight. That is super cool, fun fake stuff that we all love to watch (don't watch it with someone who can't enjoy stretched imagination). So, 5 stars for many things, but 4 because too graphic and too little story.
8 people found this helpful
See all reviews
Back to top
Get to Know Us
Make Money with Us
Amazon Payment Products
Let Us Help You
EnglishChoose a language for shopping. United StatesChoose a country/region for shopping.
© 1996-2021, Amazon.com, Inc. or its affiliates