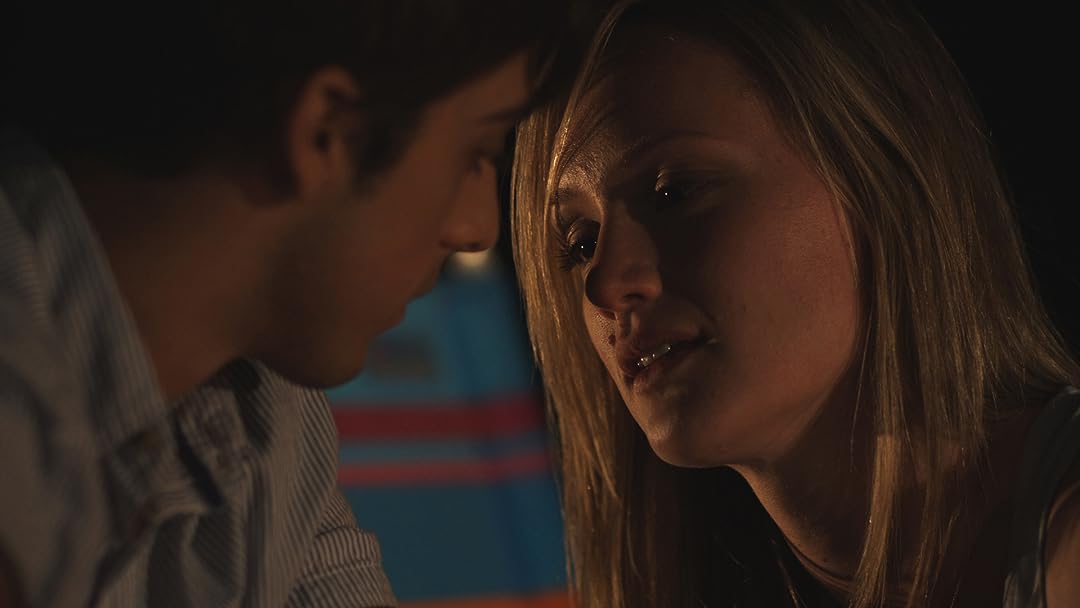 (192)
6.31 h 42 min2012PG-13
The siblings of the Fitzgerald family must decide if the dad who abandoned them 20 years ago can come home for Christmas. Can the big Irish clan get past their grievances to be a family again? Starring Edward Burns (Saving Private Ryan), Connie Britton (Friday Night Lights), Kerry Bishe (The Romanoffs), Daniella Pineda (Jurassic World: Fallen Kingdom), Caitlin Fitzgerald (Masters of Sex) and more.

HappybooksReviewed in the United States on December 20, 2019
1.0 out of 5 stars
Not very jolly
Verified purchase
Okay I admit I did NOT finish this movie-the cursing and crude comments/discussions among the less-than appealing siblings totally turned me off. I thought the main character-the son who lives at home with mom-and the love interest had real potential but I could not get past the rest of the dysfunctional, selfish family. I wasn't looking for 'fairy tale' but I wasn't looking for seriously dysfunctional either.
6 people found this helpful

PamelaReviewed in the United States on January 5, 2020
5.0 out of 5 stars
Family Drama real life stuff strong characters
Verified purchase
Meaningful, heartwarming, difficult topics, but you won't get BURNED by these filmmakers!! Across the board, GREAT characterizations. I thought Burns was great in My Big Fat Greek Wedding; now I see that was just the beginning of his contributions to film. I'd love to see more of this family and what happens in the following year. Each character is completely lovable, and I care to know how they've dealt with the many things that came up in this film. It is amazing how many different issues were addressed in this one film. This is what films are supposed to be! Kudos and Gratitude!
One person found this helpful

Jacob OliverReviewed in the United States on December 29, 2020
4.0 out of 5 stars
Great film, cathartic for dysfunctional families
Verified purchase
Edward Burns did a great job capturing the predicament most families face today: the siblings have nothing in common because they all pursued their own dreams—how can they manage to stay in one house together for a couple of days and pretend like they're having fun?

The resolution to this predicament, played out in the movie, was realistic and filled with humor and not to mention you'll feel the occasional "this is like my family" moment., which is fun. You'll like this movie if you believe that family ties matter, regardless of the very real pain those ties have caused you in the past, or whether the bonds continue to inflict new pain unto you in the present. We only have one family. The Fitzgerald Family Christmas is about accepting that painful, yet beautiful fact of life, and making the best of it.

Sheryl FechterReviewed in the United States on November 23, 2012
5.0 out of 5 stars
"That's Funny, We're Brother And Sister And We Don't Even Know Each Other That Well" - Sharon
Verified purchase
This is the latest fare for me by the writer, producer, director and actor, Edward Burns, actually, the newest movie out of three I have seen this year: "Newlyweds", "Nice Guy Johnny" and this Christmas card from all of the Fitzgerald family. Completed by a seemingly never ending number of members in this Irish Catholic clan, there are four sisters, three brothers, a mother and their estranged father of twenty years (no spoiler as it is realized straight away). Also add to this brood, a husband, boyfriends, girlfriends, a wife, and a few children. This family is huge but each character is extremely well-written by Burns.

At first blush, the title of the movie gave me pause to how well it would be done although considering Edward Burns' body of work I was very optimistic and certainly wasn’t disappointed in the least. Actually, I viewed is all three days that the rental allowed. I was well pleased once again.

Burns uses some recognizable faces from his other movies. His brother Quinn or ‘Fitzy’ can be seen in his films, "The Brothers McMullen" and also "She's The One", Connie Britton (Nora) can also be seen in "The Brothers McMullen". Like John Wayne, Burns often uses specific actors over and over in his different movies. In this often melancholy story during Christmas time, the very large number of adult children must come to terms with the fact that their father (who abandoned them while still younger) is coming back for Christmas after so many long years. Gerald -'Gerry' has raised most of the younger siblings and has had to step into the family patriarch role all his life.

The other children went their own separate and opinionated ways. Some of them found success, the youngest brother into rehab and all in questionable relationships in regard to stability being children of abandonment. One of the daughters is in a domestic abuse situation while another son (Quinn) is a super achiever. They run the gamut of ladder rungs they have climbed although none of them really have gotten anywhere but away from Gerry and their mother.

Gerry chose to give up a life to make sure the family stayed intact and that his mother was always cared for. It is then that the father drops the bomb on his children that he wishes to see them all two days before Christmas on their mother's (Rose) birthday, with good reason as he confides in Gerry. It does come out later what one of the older daughters has been up to without their knowledge.

This movie is not as typical of Edward Burns as it is not so focused on the city of New York and it is on the family being the point. He uses much feeling and emotion along with these well drawn out portrayals to drive the plot with a generous amount of dialogue and haunting Christmas music brilliantly scored by PT Walkley.

Anna B. JonesReviewed in the United States on December 20, 2020
5.0 out of 5 stars
One of my go-to Christmas movies
Verified purchase
I've been watching this movie for years now. Ed Burns does a fantastic job with the wholly believable dysfunctional family and brother-sister relationships. My family is separated, relationships broken, and I watch this movie in part because of the beautiful ending scene, of everyone coming together. This movie is a little gift of anti-establishment Christmas sentiment: that the struggle is real and not all of us live Hallmark movie lives.

KAH7Reviewed in the United States on December 23, 2016
5.0 out of 5 stars
Loved it!
Verified purchase
Great movie. Being born & raised in NYC it certainly hit home. Good story, well developed characters, some sad parts, some laughs. We watched the uncut version. There was one sexual scene. I did not find it offensive. The are a lot of f-bombs, that doesn't faze me. Would I recommend it for children, probably not. I don't think kids would have much interest in the story.
One person found this helpful

Mickey RyanReviewed in the United States on December 15, 2012
4.0 out of 5 stars
Irish-American Christmas
Verified purchase
Let me start by saying to the reviewers complaining about the profanity and brief sex scene, I have no idea what else you were expecting. 'The Fitzgerald Family Christmas' is a very loose continuation to Burns' 1995 indie 'The Brothers McMullen', neither of which are made for children. Moral? Don't always expect all holiday movies to be wholesome family fun in the tradition of 'A Christmas Carol' etc!

Gerald "Gerry" Fitzgerald (Burns) is a blue-collar Queens mick trying to gather his dysfunctional siblings together for a very special occasion: their father, who abandoned them many years ago, wants to spend Christmas with his family this time around. We find out the primary reason is he has something big to tell them, which may or may not go very well given the cicumstances. The refreshing return of the Burns/McGlone-as-brothers combination is great. Burns' Fitzgerald is basically an older and more mature version of his previous Barry McMullen, minus the sexual hang-ups and insecurity. Overall a charming little piece and a must see for anybody who grew up in an Irish-American household.
25 people found this helpful

Kindle CustomerReviewed in the United States on July 12, 2020
5.0 out of 5 stars
Heartfelt Family Love that demonstrats Forgiveness
Verified purchase
A very powerful movie of how Love conquers everytime God/ His Love works all things out & all things are possible w/God & His way of doing life...A movie of unconditional Family Love,repentance Forgiveness & God's restoration of a Family's free will CHOICE TO whole on to ea other after wrongs, regrets. V. touching & heartfelt family love that prevails tTt
See all reviews
Back to top
Get to Know Us
Make Money with Us
Amazon Payment Products
Let Us Help You
EnglishChoose a language for shopping. United StatesChoose a country/region for shopping.
© 1996-2021, Amazon.com, Inc. or its affiliates