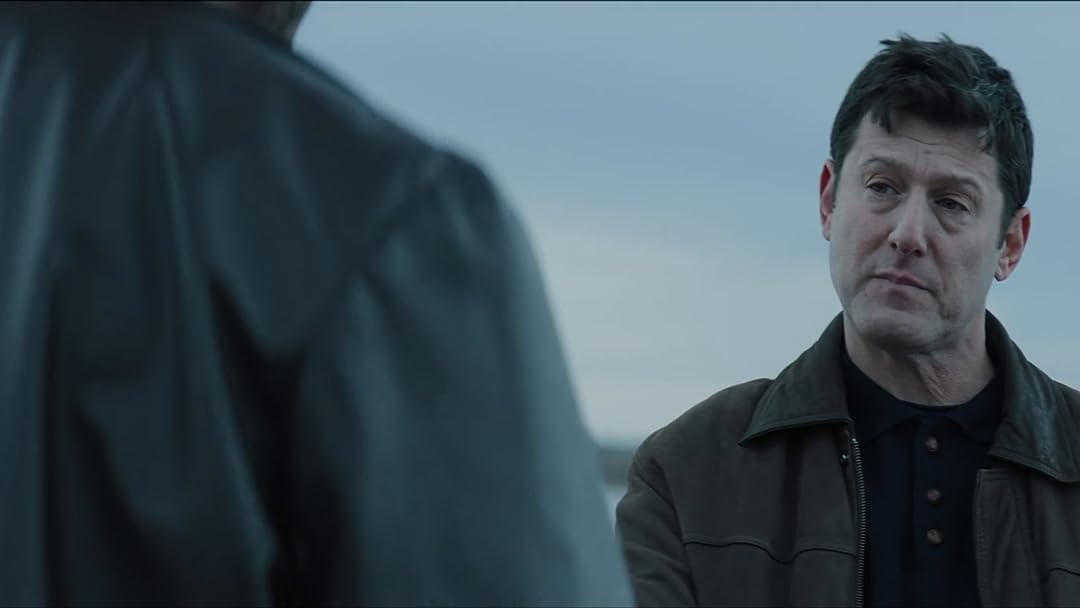 (580)
5.51 h 27 min2020R
When couple Aaron and Malik move to a picturesque small town, Malik is convinced their neighbors are up to something sinister.

PreacherReviewed in the United States on October 1, 2020
1.0 out of 5 stars
Slow, a virtual billboard for the political left
Verified purchase
This isn't a horror movie which happens to deal with some societal moral issues, it's a bunch of leftist propaganda masquerading as a horror movie.

The DadReviewed in the United States on October 4, 2020
5.0 out of 5 stars
Watch This Movie!!!
Verified purchase
This movie does such an amazing job of broaching a very difficult and complex range of social issues in our country....it is honestly brilliant and brilliantly honest. I cannot even believe how brave and daring it is....The writers literally took on just about every social issue in America in one horror movie....and did a great job. The acting....the acting is top notch, across the board. The cinematography was excellent....I still cannot believe the ambition of this film and its success....wow. WOW. It literally takes on racism, homophobia, classism, privilege, wealth, and "secret society" or "secret ancient fraternity" and its problematic existence. It also takes on mental illness and violence. WOW. In less than 2 hours. If I heard it I would think it was a joke. But seeing is believing. Watch this movie and decide for yourself. Trust me, it is a mind-opener. It is well executed. It is intelligent and sensitive. This is a 6 star movie.
50 people found this helpful

Tabitha LongshoreReviewed in the United States on September 21, 2020
2.0 out of 5 stars
No one believes the protagonist!
Verified purchase
The trope that not a single person believes the protagonist is used to a ridiculous degree. Not even his best friend who is his committed partner and has known him for decades & probably knows him better than he knows himself, will even give him an opportunity to explain a single thing. This isn’t a relationship. It’s one person refusing to empathize with his partner or even just listen. It’s unrealistic that his own partner doesn’t recognize there’s something wrong with him or see his suffering. There’s no communication between them thereby leaving you as an audience member just as left out of the script. Also, no one acknowledges weird events and odd behavior of others except the protagonist. You can’t root for the “good” guys b/c you’re so upset at their intentional ignorance. There’s no winners in this film including yourself as the viewer.
42 people found this helpful

JaxReviewed in the United States on September 25, 2020
5.0 out of 5 stars
More than just a horror movie
Verified purchase
It's horror in the sense that it focuses on real life horrors. The fact that the main character was gay and black and his white partner wouldn't acknowledge something was wrong because of the main character's past and that they were in an all white, suburban neighborhood.. "what could go wrong?" . This is what I took away from the film. The setting took place in the 90's and I think it summed the era up pretty well. The film showed propaganda, and even mentioned the phrase people fear what they don't know(understand)/different, however they worded it, and it was confirmed at the end, that the "villains" in this film used that to their advantage. It reflects how society thinks and was way better than I thought it would be. It reminds me of Korean films that use that element of making you feel comfortable and like it's not a horror movie, and then makes the actual scary parts, things that could have actually happened, and some might have. I feel it's a movie where you would have to either relate to the main character to fully understand, or be empathetic to be able to understand the true horrors of this film. Did my best trying to explain this after conducting the dreaded homeschooling, so hope it makes sense and helps you decide if this is the film for you!
34 people found this helpful

Topherpk Reviewed in the United States on September 18, 2020
5.0 out of 5 stars
A decent horror movie with gay lead characters.
Verified purchase
A suspenseful gay horror movie with no camp. Its nice to watch a movie with gay characters that portrays them as realistic and relatable. This movie isn't scary by any means but, it had me invested for till then end. It was worth the watch. I'm gonna recommend it to my friends.
33 people found this helpful

O BashamReviewed in the United States on October 29, 2020
3.0 out of 5 stars
Not Without It's Flaws, but No Slouch In The Scares
Verified purchase
You may notice a number of reviewers whining about "agendas" or "the political left" when airing their grievances about the film, often followed by 1 star reviews and a number of "helpfuls" lodged in the counter below.

And...yeah, there is an agenda here. It's the same agenda that has been a vital part of horror movies since the very beginning of film: social commentary as laid out in some of the worst fears of human imagination. Whether it's commentary on the family unit in films like The Shining and The Babadook, or commentary on the sometimes torturous struggle in coming to terms with homosexuality in Nightmare On Elm Street 2, horror movies work best when they expose real fears and attach them to the extremes of our imagination.

Expecting a horror movie to have no perspective—subtle or explicit—is nothing less than a complete misunderstanding of what horror movies are at their core.

That said, much of this, I would argue misplaced criticism, can be laid at the feet of a somewhat clumsy script and rough plot. Themes or commentary should never be outright stated, but rather woven into the actions of characters and details of the plot. There is a marginally deeper meaning here that is rather obvious well before the final moments are revealed, but the ending is still impactful in a traditional horror sense, if not as effective commentary then certainly as a horror film.

And ultimately that's what matters. There are messy bits here and there left unexplained and which seem to serve no real purpose to the plot or the development of its characters, but it's easy to overlook when the film is still effective in bringing the scares.

One criticism that I personally have to levy at the filmmakers involves the couple themselves. I'm a straight white male in his thirties, but even I am tired of seeing gay couples who are presented as promiscuous or in open relationships. It's to the point now that if I see a gay couple presented in media, 19 times out of 20 it can be expected that one of them will cheat on the other, or for them to be sexually promiscuous in ways that present them as being "other" to hetero relationships. This just seems wrong and honestly, offensive, even to a straight white man who is not typically offended by such things, to put it mildly. I've never been in a gay relationship, as a result of my aforementioned laser-like straightness, but people are still people whether they are gay or straight, and this disparity in their presentation has started to be very noticeable.

If you can get past the somewhat heavy-handed script and creative flaws in the story's construction, you'll find a well-made and effective horror movie that succeeds in where it counts: an unsettling story told effectively.

ZariellReviewed in the United States on November 7, 2020
1.0 out of 5 stars
Wasted Potential
Verified purchase
This movie had potential, but it was terribly messed up. I gave it 1 star because of the interesting premise and the good music. Otherwise, there is nothing to be seen here. There is no attempt to mask the obvious hateful message and just who exactly is being vilified, and it is quite sickening.

Aside from that, the relationship between the two protagonists was unbelievable and is probably what drove me to really hate this film. When individuals have to conquer challenges like homosexual partners often have to face, hardship should bring them closer, not drive them farther apart. As such, I felt the relationship portrayed between the two protagonists was simply there to be a "gay relationship" rather than show true love and dedication between two people.

There was no trust, no faith, no concern. As soon as Aaron was handed a bunch of photographs where his supposed "beloved partner" was clearly being abused and unconscious, he believed it without question. When Malik continued to act uncharacteristically of his normal self, Aaron didn't wonder why. When Malik expressed his pain so many times, his partner simply ignored him and called him paranoid.

All this felt cold and based in something shallow. I am disturbed by this portrayal of a homosexual relationship, and I believe others should be too because I have seen how beautiful this kind of love can be...how much more hardship it can take without breaking. Those saying they have been "represented" in this film need to take a second look. You haven't been represented. The director took something beautiful and used it as a tool to send a political message.

Avoid at all costs.
10 people found this helpful

ckmcyxzyhwowyrReviewed in the United States on September 30, 2020
1.0 out of 5 stars
Political Propaganda dressed in the clothing of a substandard horror film.
Verified purchase
Waste of time, money and film.
Here's a novel idea for the writers to dwell on for a few minutes:

STOP USING HORROR AS MEDIUM TO PUSH YOUR POLITICAL AGENDA!
15 people found this helpful
See all reviews
Back to top
Get to Know Us
Make Money with Us
Amazon Payment Products
Let Us Help You
EnglishChoose a language for shopping. United StatesChoose a country/region for shopping.
© 1996-2022, Amazon.com, Inc. or its affiliates